This is one of those heading north from NZ, eight-day weeks. A times-two Tuesday. Landing in Seattle before I’d left Auckland offered the opportunity for some round 11 reflection as well as the chance to see a southern hemisphere spring and fall on the equator’s top side in the same day.

Rally New Zealand’s return to the World Rally Championship was long overdue, but what started out as a very definite one-off is now looking increasingly like a longer-term calendar prospect after a spectacular 2022 event.

After a week in Aotearoa, here are our thoughts on the good, the bad and the… let’s face it, there’s nothing ugly about Rally New Zealand.

Only three of the current crop of drivers had actually competed in New Zealand before, but the rest of them knew they were in for something special when Jari-Matti Latvala talked about the North Island stages being more driver-friendly than anything Finland had on offer.

And they didn’t disappoint, did they?

Whaanga Coast was a stunning place to get the gravel running underway on Friday. Hugging the shoreline of the Tasman, arguably the event’s biggest name is a stage of two halves, with the final section providing some of the most twisty, corner-on-corner mileage of the event. Te Akau south and north which followed were more typically Kiwi. North of Auckland, Kaipara Hills and the Puhoi roads were perhaps even more popular among this year’s crews.

The cambers are that bit more pronounced on a beautifully hard, compacted gravel surface. Saturday seriously rewarded a committed, gear-up approach. More importantly, such is the construction of these world-beating loose surface stages, they dealt with some of the heaviest rain in recent WRC memory.

Sunday was all new with Whitmore Forest and Jacks Ridge. Craig Breen put the final day in better context than I could.

“Those stages were probably my least favorite on the route,” said the M-Sport Ford star, “but on pretty much any other event, they’d be the best.”

So, the roads, predictably, get a big tick. 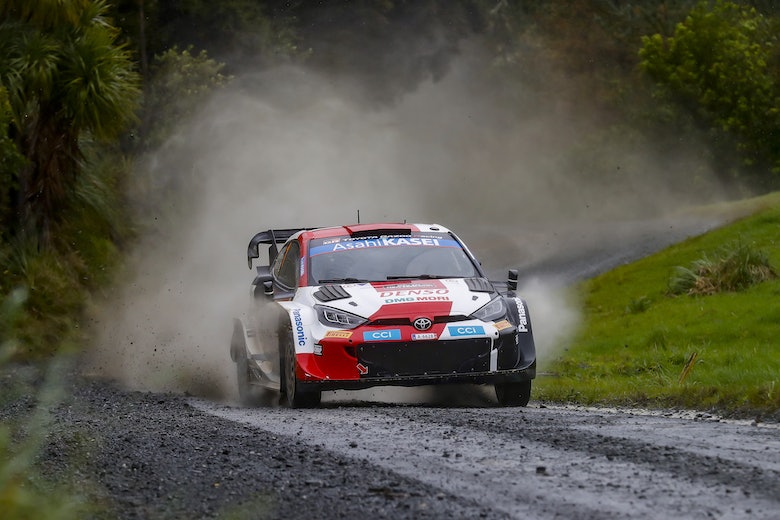 Where Rally New Zealand could be improved

There are pros and cons to Auckland district funding for New Zealand’s WRC round. The benefit is, of course, that it means the event can run and we can all visit this stunning country for one of the most spectacular rallies of the season.

The flipside is that the Auckland authorities are keen to ringfence their investment. There’s little interest in paying for the rally to visit neighboring councils which have declined the opportunity to stump up the cash for a slice of the action.

Somehow, this needs to be sorted for next time. Flying the WRC from one side of planet earth to the other for 170-odd competitive miles isn’t acceptable. At just over 18 miles, Sunday was the shortest WRC day ever. That’s not good enough.

The organizers are well aware of this. Whangarei holds the key here. Bring the more northerly roads in – stages like Batley, Brooks and Waipu Gorge (total classics all of them). Yes, it means two consecutive remote tire zones (in Raglan and then Whangarei or Paparoa) but it would mean the opportunity to pile this year’s Saturday stages into a much longer and more meaningful Sunday.

Naturally, it would be amazing to head further south to the likes of Maramarua or even the fabled Motu. Sadly, neither is likely for a variety of reasons beyond the financing and logistics.

The subject of a week-long argument in the DirtFish car. Every time we slowed down on the motorway heading into Auckland, Colin Clark started bleating about the heart and soul being sucked out of the event for the sake of a city center service park.

I could see his point. Bumper-to-bumper for 20 minutes or half an hour heading downtown was far from ideal. Clark favored Hamilton for a base.

I disagree. And disagreed.

The opportunity for a major international city like Auckland to host a WRC round is something to be taken with both hands. But once you have it in your hands, you have to make the most of it.

Event CEO Michael Goldstein took exception to my suggestion that we were hidden away in the Viaduct Basin – he pointed to the area’s major development across the last decade since we were there last. Admittedly, there are considerably more apartment buildings, hotels and restaurants down there now. But still, the event felt far from the city’s beating heart.

A small field of cars can be both a blessing and a curse. Less than 30 international runners allied to the manufacturer teams bringing long-haul kit means a much smaller service park is needed. But it also means you can’t rely on the teams and the cars to provide the spectacle and the draw – especially when they go missing for all of Friday.

The Kiwis could learn plenty from Australia or Argentina. In the latter days of WRC life in Coffs Harbour, the team across the ditch made a superb job of making the service park a destination in itself. And rally week lakeside in Villa Carlos Paz, you were left in no doubt the WRC was in town.

For obvious geographical reasons, Rally New Zealands have rarely been the best attended of the season. Last time out there were 46 cars but go back 20 years and the entry was almost twice as big at 81 cars. Interestingly 41 of those were Group N cars – demonstrating there’s still work to do to find the answer to the private driver question.

This year? Twenty-eight started the full WRC round, with six of those running as AP4 cars.

The biggest problem facing locals chasing a shot at the big guns is car availability. The likes of Hayden Paddon and Emma Gilmour would, no doubt, have loved a run in a Rally1, but the cost of sending one south was pricey – and that was even if a car could be sourced. Which evidently, they couldn’t be.

M-Sport has already demonstrated its Ford Fiesta Rally3 is a very worthy Group N successor, but those cars have yet to make it to New Zealand.

Currently, the AP4 – an Antipodean take on Rally2 and the main category for both New Zealand and Australian series – is the most cost-effective option. But that’s not a like-for-like Rally2.

The inclusion of a national rally on the back of the main event allowed a big entry of national cars to run on Friday and Saturday and that undoubtedly dented the main field. In years gone by the FIA has handed out waivers to allow ageing, non-homologated machinery to run in the WRC field. This would be a short-term answer (albeit an expensive one for private drivers), but it would bring bigger numbers to a very worthwhile rally.

Car parking and the rest

Now, this might sound a bit strange, but car parking in Auckland is hideously expensive. DirtFish hired a house in the suburbs (Parnell) for the week and we were forced into street parking. The cost of which almost made Colin cry.

And before the media car park opened, parking downtown cost us around $20 for just over two hours. That did make Colin cry.

There are peripheral things which Rally New Zealand needs to tighten up on. Branding and awareness are right up there (and probably way above the whole car parking thing). How could the staff of the Ginger Crunch Café in Helensville not even know the rally was on – when shakedown was kicking off less than a mile away.

It was comfortably possible to drive through Auckland and not know there was a WRC round in town. The same criticism could and should be levelled at the city authorities and organizers of the Women’s’ Rugby World Cup. That starts on Saturday, but the signage was woeful. And the merch store still being built on Monday evening.

Arguably the biggest let down was the ceremony for Kalle Rovanperä’s maiden world title on Sunday afternoon. The decision was taken to host the podium and post-event press conference in the Jacks Ridge complex. Logistically, it made perfect sense, ensuring the crews avoided the need to drive back into the city. 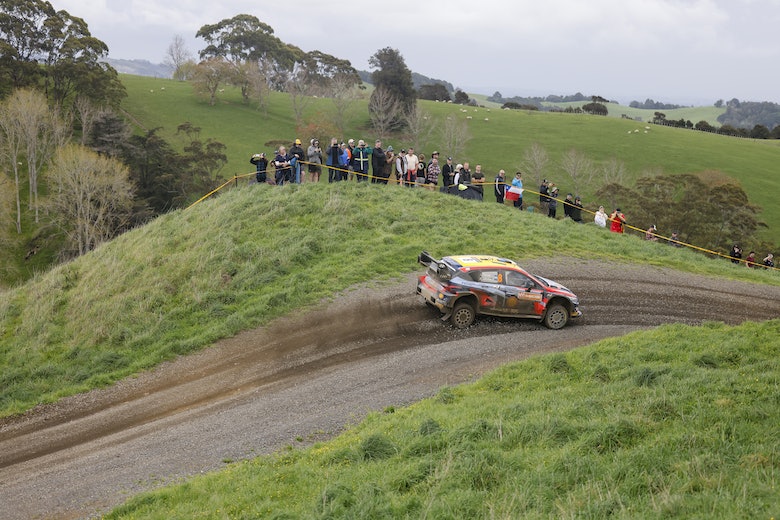 How the purpose-built Jack's Ridge powerstage was made

The ideal would have been to close the center of the city off for two hours (that’s all it would have taken) and allow the crews a champagne finish worthy of a history-making moment. It would also have given the whole Toyota team the chance to attend and land what is arguably one of the season’s most meaningful pictures.

Jacks Ridge was a brilliant, brilliant stage and one of the season’s absolute highlights so far. But hosting a press conference after crowning the new world champions in a poorly lit tent wasn’t on.

New Zealand was an amazing event and a fantastic addition to the WRC, but it needs to kick on from here and understand that prime asset that they are, the best roads in the world aren’t enough when demand for a WRC slot is as high as it’s ever been.