Oliver Solberg rocked the World Rally Championship with an incredible World Rally Car debut aboard a Hyundai i20 Coupe WRC at Arctic Rally Finland. DirtFish caught up with the 19-year-old a couple of days on from his seventh place in Lapland.

Looking back, how does it feel now?

It’s very incredible. Thinking about how everything went, it was just completely incredible. If I’d thought about anything like this before the start, it would have been unrealistic to think about a result like this one.

What have you been doing since the event?

It might sound strange, but after we got home on Monday night, all I wanted to do was go back to the i20 Coupe WRC and drive – so I’ve been on the game all the time! Now I’ve had time to think about what I did, all I want to do now is go back and do it again!

What did you think would be a good result?

I don’t really know. I was thinking to this a little bit before the start and I thought maybe if I could come down from being a second per kilometer slower than the main guys; if I could bring that down to half a second, I would be happy

You were there almost immediately. But it’s fair to say the first stage was probably the most tricky…

It was the one where I was having the most nerves. When I drove out of service on Friday afternoon I was smiling and, of course, really happy. But at the same time, I was nervous. I’d said goodbye to my parents, to the team and suddenly I was on my own – just me and Seb [Marshall, co-driver] going to the start of the first stage in a factory World Rally Car.

It was the dream…

It was the dream for as long as I could remember. But, like you said, the first stage wasn’t so easy. I stalled on the start. I really wanted to make a perfect start, a great launch and get going, but it stalled! And then after that, I hit the snowbank in the same place as Kalle [Rovanperä].

It was a slow corner, and I could probably have got away with it, but I didn’t want to risk anything, so I let the car run into the snow a little bit. It was no problem. I think the team worked out that we were sitting still – or not moving forwards – for around 18 seconds on stage one. Without that, we would have been fourth or fastest in the first stage.

After that, we did the same stage in the dark, which was quite incredible. You have this car and you’re pushing like hell on the stage and when you make the car slide sideways, you just couldn’t see where you were going. It was just incredible, but the notes work so well – the car came straight and there was the road in front. Fantastic!

But for the first stage, I just wanted to get my shoulders down and get started on the rally. When we came back to service after stage two, the nerves had gone. I was into the event then.

It was pretty emotional coming back to service on Friday night?

It was really emotional. Talking to Mom and Dad after the stage was incredible, I think all three of us were having some small moments with tears. This is our life, this sport is everything to all three of us and this was a really big moment.

But it’s also giving me so much positive energy when we have these moments. We have so much passion for what we do and to do it even better than I thought I could just gives me more confidence – it was an incredible feeling to come back to service and such a nice feeling in the car. 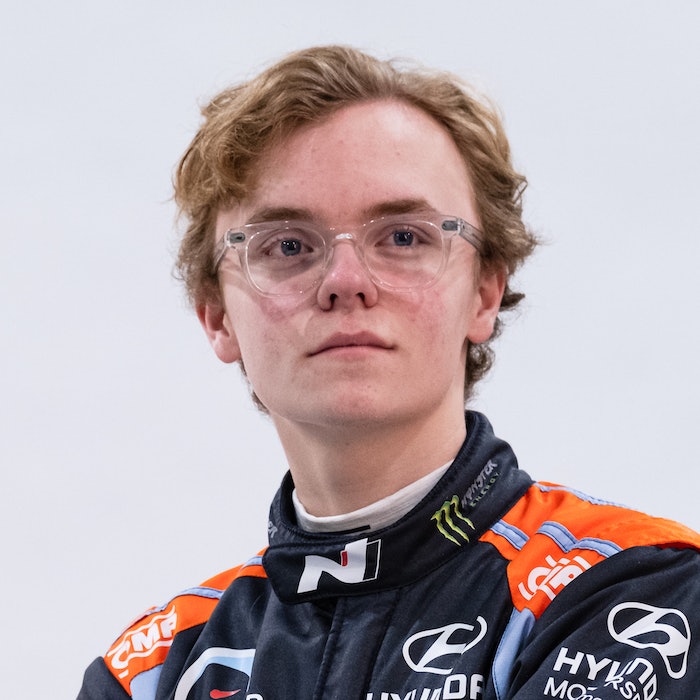 This was why I was so frustrated on the powerstage – I wanted to fight with Sébastien. I know it’s totally stupid and nonsense, but I had this real hope to try to beat him in the last stage. Oliver Solberg on his final stage push to beat Ogier

We saw you banging the steering wheel in the powerstage. What was that about?

I came from one corner and it wasn’t correct. I knew I’d dropped some tenths [of a second] and I was frustrated. I’m a perfectionist and I want every corner to be perfect. I know it’s not really possible in rallying to make every corner right, but Sébastien Ogier is a perfectionist and I want to be just like him. I think this is something you get coming from rallycross – you always want the perfect lap and the perfect corner.

How did it feel to be fighting with your hero?

That was completely crazy. This was why I was so frustrated on the powerstage – I wanted to fight with Sébastien. I know it’s totally stupid and nonsense, but I had this real hope to try to beat him in the last stage.

I have to say, driving close to him and fighting with him on Saturday was really quite strange – what’s the word?

Exactly. You know this is the guy I have made my hero for so long and now we’re fighting a little bit. I think he wondered what was going on sometimes when I was taking pictures of him and of our cars next to each other on the road. It was crazy! But he was also really cool. We were talking a lot between the stages and he’s such a nice guy. 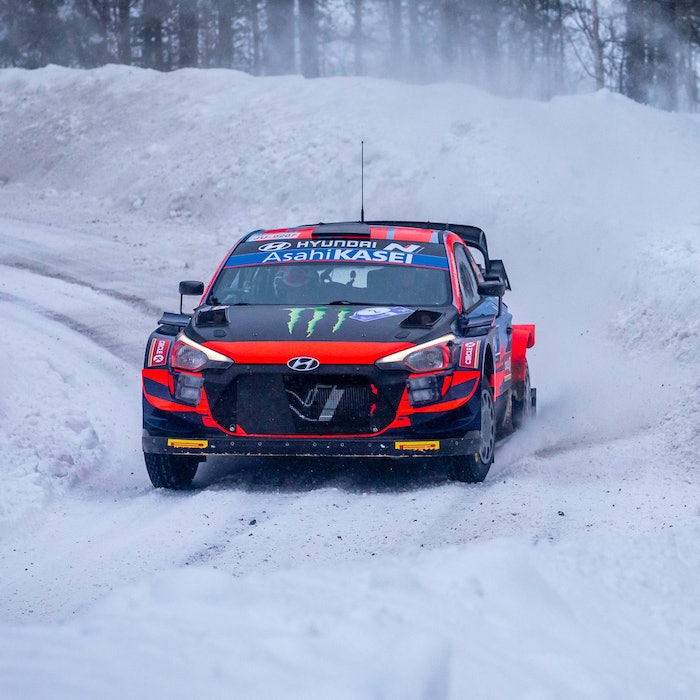 Having raced both Solbergs, he’s sure you’re going to be a tougher proposition than your father…

That’s nice. Maybe not so nice for my Dad – but then he didn’t fight with papa when he was completely on top with Subaru…

What was the hardest thing to get used to?

The aero. I knew it would be this way. You go to the corner and you know that it’s just not common sense to ask the car to go through the corner at that speed, but, to be honest, these cars don’t make sense! It’s unbelievable what you can do with them, the speed you can drive the i20 Coupe WRC through corners is out of this world. I said before the event, the top speed isn’t the thing that gets your attention, it’s the corner speed.

Have you mastered the aero?

Are you kidding? Not even close. I can go quicker, once I have more time to understand the way the aero grip is coming. The snow conditions were great on this rally, but it was a little bit of a mountain to climb to understand straight away what the aero was doing – straight away we were into some really high-speed long corners where you needed to commit the car with the aero. When you do that, it’s this incredible moment when you understand everything works. If I can be completely honest, these cars mess with your head!

Did anything else take time to get used to?

The pacenotes. The notes themselves were just the same as what we’d used in the R5 cars, but they are coming so, so much faster. Like you could imagine, everything is happening that much faster in the i20 Coupe WRC.

And they were coming from a different voice…

Yeah, I have to say thanks to Seb [Marshall] for what he did. He did a fantastic job. Everybody did a fantastic job – everybody at 2C [Compétition], all my guys who came from our team in Sweden and of course everybody at Hyundai Motorsport. It was really nice to get to talk to Mr [Scott] Noh, the president of Hyundai Motorsport, about what we’d done.

If you don’t have more questions, I go back to the game and carry on driving my Hyundai…

And when does virtual become reality again?

I’m not sure. I go to a test with the i20 N Rally2 in Sardinia soon – basically, I can’t wait to get back into proper rally car!