Round five of the 2021 World Rally Championship season was certainly a dramatic affair. How many events in the modern era can you remember when more top-line cars retired than finished?

In the end though it was Sébastien Ogier who prospered to grab his third win of the season and further extend his championship lead over Elfyn Evans who was second.

Hyundai can take solace in another podium for Thierry Neuville but really it should’ve been a lot, lot more.

Here’s what we learned from Rally Italy this year.

Realistically we could just copy our post-event thoughts from Portugal and paste them here, couldn’t we? Bizarrely, Hyundai had a disastrous rally – and in very similar circumstances – for the second event running and it leaves it with a mountain to climb in both championships.

We’ve already looked at the effect a second mechanical breakage from a winning position will have on Tänak’s title challenge, but what about Hyundai?

With several rallies left to run, it has a 49-point deficit to arch-rival Toyota and, arguably, has had the faster car on most rounds. While Toyota has been hoovering up points, Hyundai has dropped balls – and it knows it.

On the evidence of Portugal and Italy, the car appears too brittle. It’s a problem the team had all the way back in 2017 when steering arms were breaking left, right and center on certain rallies.

Fixing anything this year was going to be difficult after Portugal with Italy just two weeks afterwards, and it could be a similar story for the next event in Kenya which is just three weeks away. 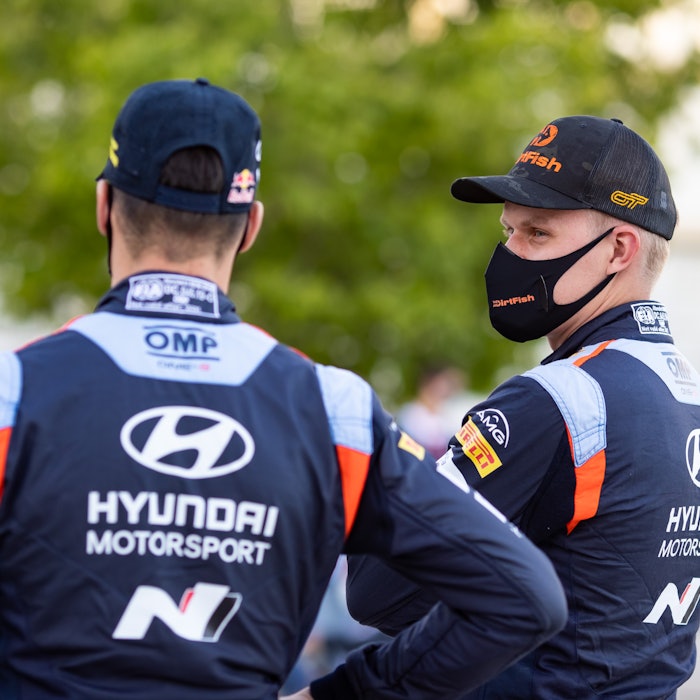 THE OWN GOALS HYUNDAI MUST STOP SCORING

Self-inflicted or misfortune? Anticipated or unavoidable?

But rest assured, the team will – and let’s be clear, has to – do whatever it can to eliminate the issues, particularly for what’s expected to be a tough rally in Africa.

The real question is: is it too late? Even if Hyundai can get on top of whatever is going wrong, does it have enough pace to overhaul Toyota which is looking rather bulletproof?

While Hyundai is dribbling the ball from the halfway line towards the box before tripping over its feet, Toyota is putting the rebound into the back of the net every single time.

Ogier will be very, very hard to catch

While victory probably should’ve gone Tänak’s way, simply stating that is doing a massive disservice to Ogier. As much as Tänak gave his rivals an opening, Ogier should not have been the one ready and waiting to pounce.

He was perhaps fortunate that Evans and Neuville were both struggling, but Ogier had no right to be setting top-three times on Friday morning as the road sweeper on an event where cleaning is always very pronounced.

It was sublime, and rather reminiscent of the Ogier of old when he won rallies for fun in a Volkswagen.

Once he had the lead, Ogier did what he does best and managed his advantage, checked out and scored yet another victory in the WRC.

He now heads the table by 11 points, and is of course likely to struggle as first car on the road in Kenya later this month. But with 29 points over Neuville and a massive 57 points over Tänak, things are looking rather good for the Ogier camp right now.

Evans could be thorn in his side – finishing second behind Ogier every time he has won this season – but it’s really hard to look beyond Ogier as the title favorite at this stage.

Forget the controversy around his suspended fine and points deduction for some rather choice language on Sunday morning for a moment. Concentrate on the performance Mads Østberg managed to turn in last week. It was magnificent, and deserved far more than second place in WRC2.

Italy was supposed to be a battle between Østberg and Andreas Mikkelsen – and it was bubbling up nicely with some spicy comments pre-event and during the rally, particularly from Østberg’s side.

Mikkelsen crashed, so it never happened. But before that, Østberg was ahead. And crucially, he didn’t crash. Instead, he rolled his sleeves up – rather more than he would’ve liked – and battled through all kinds of issues on and off the stages to keep himself in contention.

There’s a lot of ongoing talk about 2022 Rally1 seats at the moment, and Mikkelsen’s name is at the top of that pile as well as Esapekka Lappi’s. Justifiably so. But why isn’t Østberg’s? Why is he being overlooked?

The Citroën C3 Rally2 clearly isn’t a bad car, but ask any of the drivers in the field which Rally2 car they’d like to take down a stage and they’d probably look elsewhere. 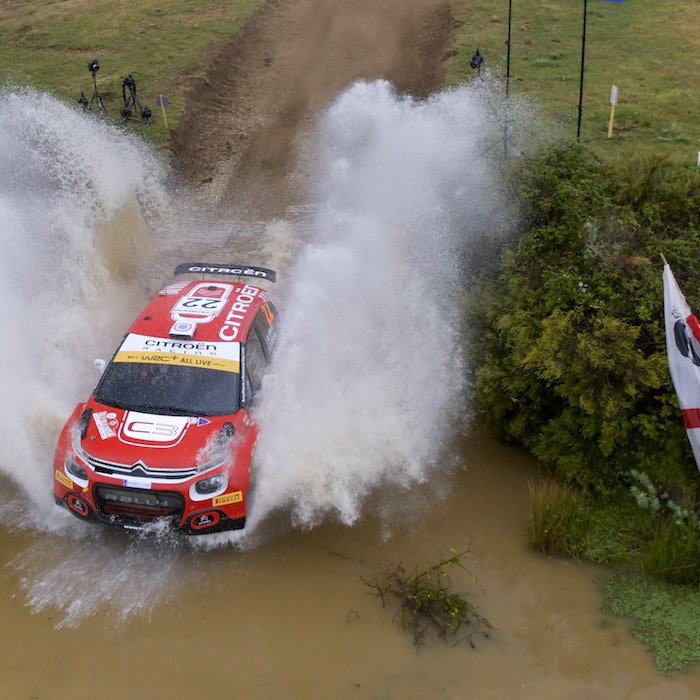 The reason the C3 is now in the ballpark is largely because of Østberg’s hard work and development prowess, and he’s driving with an incredibly mature head at the moment.

Perhaps the strength of his bond with Citroën hinders his talks with other manufacturers, but he deserves to be in the 2022 conversations at the very least.

Speaking of 2022 opportunities and drives, one man who won’t be clipping up the action from Rally Italy and using it as a showreel is Teemu Suninen. The less said about this performance, the better really.

A first stage accident is bad in any case. It’s even worse when you’re competing for a team that’s limited on budget, and catastrophic when you’re doing it for the second time in three starts. Not Suninen’s finest hour.

The big shame is he had the potential for a big result in Italy too. His best ever WRC result has come in Sardinia, he produced that mega drive on SS1 last year and was starting with the best road position imaginable.

The Pirelli tires were something he’d have to overcome, but given the attrition we saw, it isn’t unreasonable to think Suninen would have been in podium contention had he not gone off. And it would’ve been great for the neutral to see the performance of the Fiesta against the i20 and Yaris too.

M-Sport isn’t short of options for a 2022 seat with Hyundai in particular and Toyota looking a closed shop for those looking for contracts. It wasn’t a good time for Suninen to slip up.

His team-mate – and the driver he’s swapping seats with between the WRC and Rally2 Fiesta this year – Adrien Fourmaux ultimately did him a favor though. Fourmaux has been the recipient of great praise in recent months given his superlative performance in the World car, but he messed up in Italy.

Had Fourmaux not also made a hash of his weekend, the finger pointing at Suninen would be far more intense.

Rovanperä is back on the up

The result may have gone begging for Kalle Rovanperä in Italy, but the positive thing is the Toyota driver looked to have his mojo back.

Things have unraveled ever since Rovanperä got the WRC world talking by leading the world championship at just 20 years old after Arctic Rally Finland. A crash on the first stage of Croatia and then a mysterious lack of pace – before an even more mysterious problem – wrecked his Portuguese weekend.

In Italy, Rovanperä was back. Across the first few stages, he was the only driver that could keep with pace-man Tänak before a suspension problem sidelined him. That, of course, is frustrating but it was important for Rovanperä to spring out of the deepest rut he’s had yet as a world rally driver, and he certainly seems to have done.

Safari Rally Kenya could be a brilliant way to convert that into a result. Rovanperä’s father Harri was always strong in Africa – with two second place finishes and a fifth overall in a two-wheel-drive Seat Kit Car – so let’s see how far the apple has fallen from the tree…

Meeke was a brilliant TV pundit

Since losing his Toyota drive at the end of 2019, Kris Meeke has been quite quiet. Aside from a test – and then a rally in the Middle East – in a Škoda and an appearance on the Dakar Rally, Meeke has kept himself to himself and stayed out of the limelight.

But Meeke was back in a WRC service park last week, providing commentary and punditry for the WRC’s All Live service. And let’s cut to the chase: he was brilliant.

In truth, a full-time, former top-level driver is something the broadcast team is missing – and nobody made that clearer than Mads Østberg with his excellent performance in both Monte Carlo and the Arctic Circle.

We didn’t see enough of Meeke to directly compare his TV skills against Østberg, but he certainly lifted the output in Sardinia. Informative, forthright, fun and crucially knowledgeable about the rally, the cars and the drivers, Meeke was a pleasure to listen to and had no bias towards any particular parties with no current affiliations to any of the WRC’s teams.

It’s unknown if he’d be interested in fulfilling a similar role again in the future, but WRC fans would certainly welcome him with open arms.

A shout-out to Meeke’s co-driver Seb Marshall too who is making stage-end reporting look effortless. At times you actually forget his usual role in a rally is to co-drive, not work for the media! 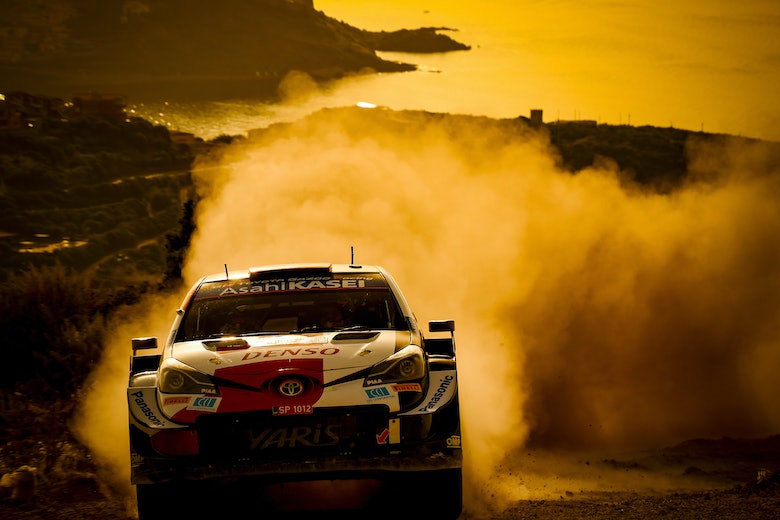 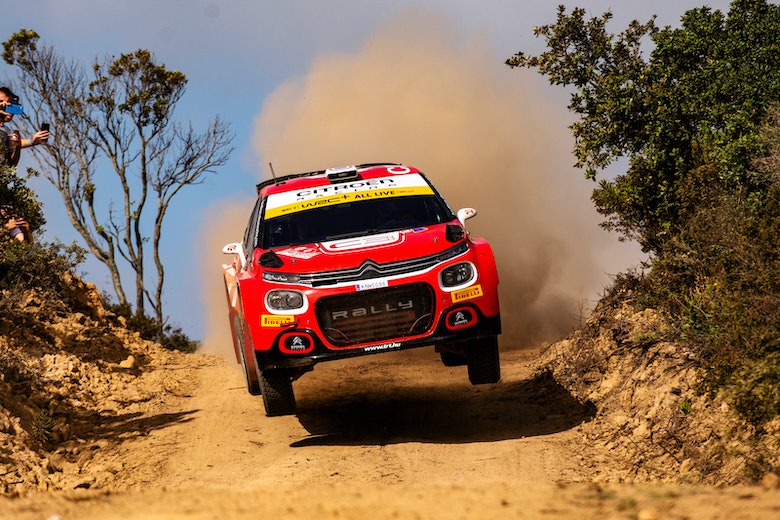 Is Østberg’s penalty fair? – Our verdict 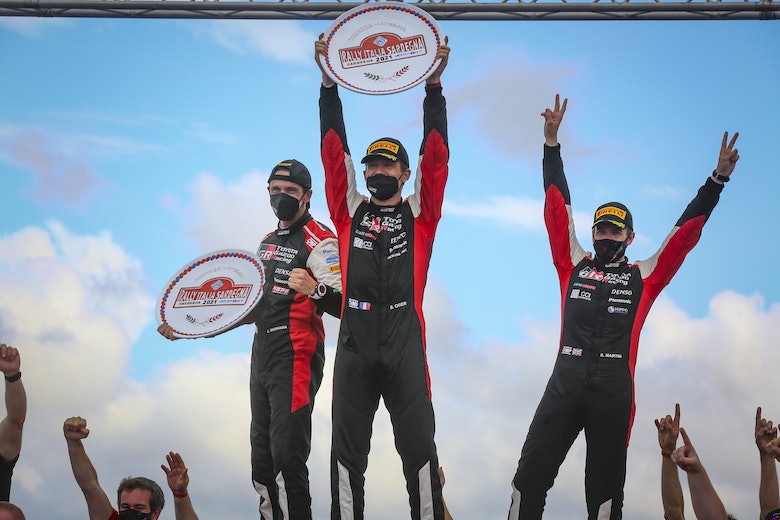