It was December, 2016 and Malcolm Wilson had done the deal. Sébastien Ogier would drive for M-Sport Ford next season. For the next two years, the pair celebrated as men and a machine in perfect harmony.

I’ll never forget the emotion in the M-Sport managing director’s voice when we talked about the agreement. There was unbelievable excitement mixed with incredible anticipation. With no disrespect to Mads Østberg and Eric Camilli, M-Sport’s contracted 2016 drivers, Ogier was on another level.

He arrived in Cumbria with four world championships. There’s no such thing as guaranteed success in the WRC, but signing Ogier was the nearest thing. Especially when he was paired with a car as competent as the 2017 Chris Williams-penned Ford Fiesta WRC.

That was then. This is now.

As we saw from Goodwood last week, Williams has worked his magic once more – this time with more help than ever from Ford Performance in America – and delivered another stunner of a machine.

M-Sport team principal Rich Millener says there are “options” still available. But one thing is sure, Ogier won’t be at M-Sport next season.

Ogier and Wilson have forged a genuinely close friendship and it would be no surprise to see them work together in the future on other projects, but not now. While there remains a question over how many WRC rounds Ogier might compete on next year, there’s no question that he will do so driving a Toyota.

It’s the same story for his team-mates Elfyn Evans and Kalle Rovanperä.

Evans talked to M-Sport about returning to the team where he’d grown up and grown into the role of a championship challenger. But he’s staying put.

A good deal earlier in the season, Wilson admitted Tänak was a target. He always would be for Malcolm. Like Evans, Tänak’s career had been crafted under Wilson’s watchful eye. After some interesting moments, the pair found a common ground and worked brilliantly together through 2017. Tänak would always be welcome back at Dovenby Hall.

But he’s not going anywhere other than Alzenau for the next two years, at least. Same for another former M-Sporter Thierry Neuville.

That all the current full-time factory drivers have committed to remain in position for 2022 demonstrates the faith they have in what’s to come. Neuville, for example, has been reassured by the employment of Christian Loriaux, one of rallying’s most celebrated technical brains. 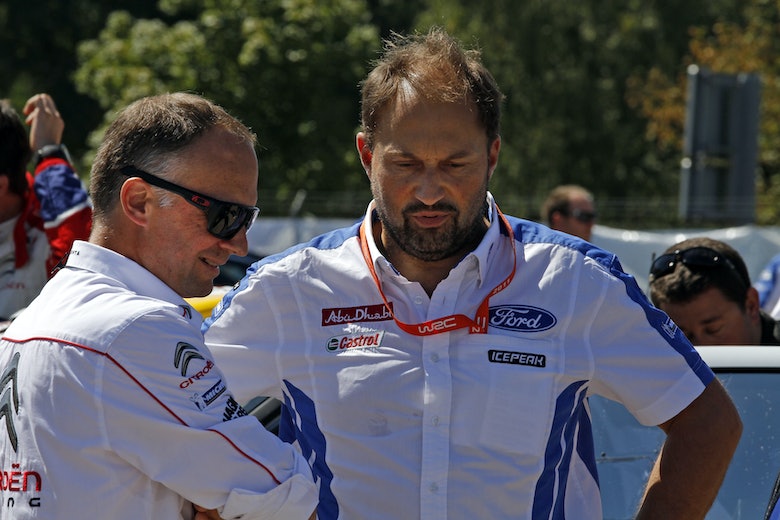 In the good old days, it’s possible they might have been able to make a more informed decision about the opposition via a clandestine test in the back end of nowhere. Not these days. With testing so strictly regimented and social media providing 24/7 coverage of who’s in the car and who’s not, it would have been risky for any of those above drivers to jump in a Fiesta at Greystoke.

They went with what they know.

There is, of course, a commercial aspect to that as well. We’re very well aware that M-Sport’s driver budget is a fraction of what Hyundai and Toyota can spend. And money talks.

In 2017, Wilson put plenty on the line to land Ogier. Having just finished building a multi-million pound Evaluation Centre and test track, he’s not in a position to fund another Ogier-type deal. 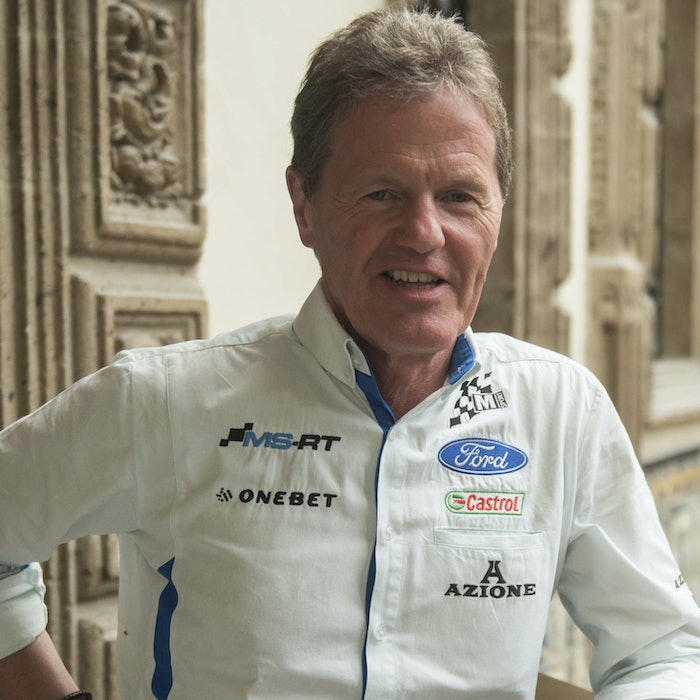 Of all the drivers I worked with, he has definitely evolved and developed the quickest Malcolm Wilson on Adrien Fourmaux

He let his heart have his head five years ago, but doing the same thing this time around just wouldn’t stack up.

There’s no doubting the pedigree of M-Sport’s Puma, but the pool of drivers to choose from to drive it is small. Adrien Fourmaux has done a lot of the early testing in the car and he seems a safe bet for next season.

“We’re very, very happy with Adrien,” said Wilson. “Remember he only started rallying four years ago and to finish fourth or fifth on his second ever gravel rally [in a World Rally Car in Safari Rally Kenya], and set a fastest time was amazing. And, don’t forget, he was doing second fastest times in Croatia. He’s very smart.

“Of all the drivers I worked with – and that’s lot over the years, a lot of young guys – he has definitely evolved and developed the quickest of all those young guys. I don’t want to put too much pressure on him, but we’re certainly very pleased and impressed with his progress.”

Wilson is quick to accept Fourmaux’s not the most experienced of drivers – he’s the eye to the future. Is there a concern that there hasn’t been an Ogier developing the 2022 car?

Not at all. Ogier, don’t forget, parachuted into the 2017 car with just weeks to go to the start of the Monte.

Wilson added: “It’s not like the old days when driver input was crucial because you didn’t have the technology, you couldn’t do the simulation – the sort of area where we get the support from the US.

“There’s a lot more from the engineering and design side. You need experience, but Matthew [Wilson, M-Sport’s chief test driver] has been involved in nearly every car in the last 10 years and he has a good feeling of what we need.

“Adrien doesn’t have the experience, but he’s a quick learner and the experience and feedback we get from the pair of them is very, very similar.” 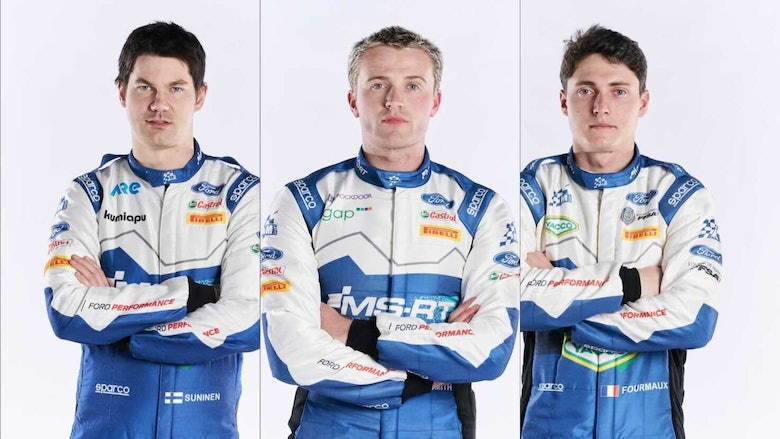 M-Sport "wouldn't be disappointed" with current line-up for 2022

Personally, I think Fourmaux’s a slam dunk at M-Sport for next year.

For Teemu Suninen and Gus Greensmith, the picture’s less clear. Suninen needs to find some form and there remains a commercial angle to the ever-quickening Greensmith’s deal.

Andreas Mikkelsen continues to say all the right things about M-Sport and its ability to hit the ground running with a new car under new regulations. He’s possible. Esapekka Lappi, Mads Østberg and even, for a more left-field option, Kris Meeke are other names talked about.

But the one that’s talked about increasingly is Craig Breen. He has strong links with M-Sport from the past and would relish the opportunity of a full season. And, as we’ve seen with plenty of drivers in the past, some security and a full-time seat is the final piece of a jigsaw in a driver’s development.

Wilson’s pragmatic enough to know he’s unlikely to dominate the drivers’ and manufacturers’ championships next year – but he’s very rarely a man without a plan. And Wilson’s plans are not generally known to fail.

Nobody knows the potential of the car more than Malcolm and, proven winner behind the wheel or not, the glint in his eye when you talk Monte Carlo next January is as bright as ever.

How WRC’s support classes look on the European return