Rally Portugal’s Matosinhos service park had better be huge. It needs to be. There’s a similar number of Rally1 cars on the World Rally Championship entry list to the three rallies so far. But WRC2? It’s going to be a proper blockbuster this week.

41. There are 41 WRC2 entries in Portugal. 41! Calling such a field competitive is an understatement. Behind the big names – Andreas Mikkelsen, Teemu Suninen, Oliver Solberg – is a smorgasbord of drivers; some a throwback to the past like Armin Kremer, or youngsters trying to make it big on the world stage.

With such a huge field in the WRC’s main support category, what should you be paying attention to? Our writers have picked out a few drivers to keep an eye on – both as candidates to win the ultra-competitive class and for stories to watch unfold behind the leaders.

Pick a winner in WRC2. OK, normal procedure here. First thing to check: is Andreas Mikkelsen on the entry list?

Right, winner selected. Too easy. The only person who’s going to stop Mikkelsen winning WRC2 in Portugal is himself.

OK, boring bit ticked off. Now for the interesting stuff further down the entry list. Who do I have my eye on?

Jan Solans. Not necessarily because I think he’s going to blow the doors off everyone but because of the importance this rally holds for him – and his national federation.

Spanish rallying has an unusual problem right now. There is a big pack of drivers who are a step or two away from the big time – and they all needed federation cash to lock in a full season either in the WRC support classes or ERC.

Most got nothing at all – including Solans’ older brother Nil, much to his chagrin.

But Jan? Jan has the golden ticket. Federation backing in WRC2.

That vote of confidence comes after finishing runner-up in the Spanish Superchampionship last year. Now the younger Solans has to show that backing him over the half-dozen other candidates who had a case to be in that position was the right call.

What’s going to make this tricky for Solans is it’s his first rally of the year. He’s at the complete opposite end of the scale compared to someone like Georg Linnamäe, who competed on Rally Serras de Fafe earlier this year as a warm-up for Rally Portugal and is already six events into his 2022 program. Several others in WRC2 are already well into the rhythm of their season too.

This is Solans’ big chance to make his case to the manufacturer teams that he’s a star of the future. Can he make the most of it, despite arriving at Rally Portugal without a proper stage rally under his belt since November last year?

Watch out for Ingram

Andreas Mikkelsen’s the clear and obvious favorite, isn’t he? Typing this before seeing many of my colleagues’ responses, I’m not anticipating many to be nailing their colors to another mast. The way the reigning champion has been driving this year has been impressively intelligent so he, at the very worst, will be in the fight later this week.

But joining the bandwagon and plumping for Mikkelsen would be boring, so instead I’m going to throw my weight behind Yohan Rossel.

It would be easy to dismiss last year’s WRC3 champion as an asphalt expert given his nationality and brace of strong performances on the Monte Carlo Rally and last month’s event in Croatia. But Rossel is just as competent when the going gets loose and I have an inkling he is the best equipped to take the fight to Mikkelsen in Portugal.

His drive to victory in Croatia was wonderfully composed – rapid when he needed to be but also sensible when the reward didn’t warrant the risk. Confidence is a big thing in rallying, and Rossel is full of it after that performance.

But who to watch? Well I can’t sit here and say the entire entry list – even if that is true! There are so many drivers that are capable of making a big impression in Portugal which is simply fantastic.

But forced to pick one: keep an eye on Chris Ingram.

After Croatia, Portugal is just the second time the 2019 European champion has started a WRC event in successive years in the same car. And although the result (fifth) doesn’t scream anything too exciting, Ingram was leading the way early on before he was beset by a puncture. Similarly, he was strong on the Monte too – it’s just forgotten because he had a gearbox problem and a time penalty on the first evening.

Ingram has been threatening a big result for a while, it just hasn’t quite fallen into place yet. Portugal could well be that place where he gets himself onto the overall WRC2 podium and really starts building momentum in his quest to win the WRC2 Junior title.

There’s a Hyundai i20 Rally2 driver with something to prove in Portugal this week. He’s the guy who’s had an opportunity at the sport’s sharpest of sharp end with a factory team, but probably hasn’t yet made the most of his career. Yet.

The Finn’s the one I’ll be watching in and around Matosinhos this week. And he’s also the guy my money’s on for a win.

Suninen was in a rut at M-Sport. What had once looked to be a bright and promising future had spiraled into a tricky time when both parties were finding fault with each other. The time had come for a change. 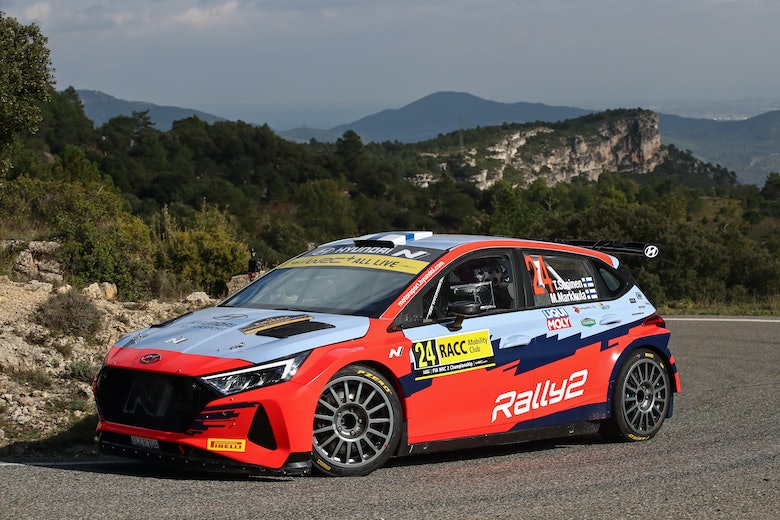 SUNINEN’S WRC2 PROGRAM WITH HYUNDAI TO START IN PORTUGAL

When he started Rally Finland in Esapekka Lappi’s Volkswagen Polo, few predicted such a competent and comprehensive WRC2 win. Snapped up by Hyundai soon after, he posted second in class aboard an i20 Rally2 in Spain and then deputized for Ott Tänak with a top six in the i20 Coupe WRC’s Monza finale.

Teemu needs to ride this resurgence on a rally which should suit him this week. Sure, he might struggle for ultimate pace – the i20’s not quite a match for the Škoda’s engine and chassis package – but there’s more than one way to win a rally.

This is Suninen’s moment to really shine and win what’s going to be one of the toughest WRC2 rounds in years. Or at least since the last one.

And if he shunts on the first morning, forget all of the above and watch Solberg instead…

Solberg has to enter the frame

While some of my colleagues have hedged their bets on Mikkelsen being the favorite – and rightly so – I do think it would be remiss of us not to also have Oliver Solberg in the frame, and that’s who I’m putting my money on.

There’s no doubt it will take a stage or two for Solberg to adapt to the WRC2 Hyundai, having spent all previous rounds this year driving the Rally1 i20N, but it shouldn’t take him long to be in the swing of things.

And given that he needs to impress to stake his claim as a driver worthy of being given Rally1 machinery full-time, he has no option but to hit the gravel in all-out attack mode from the off. 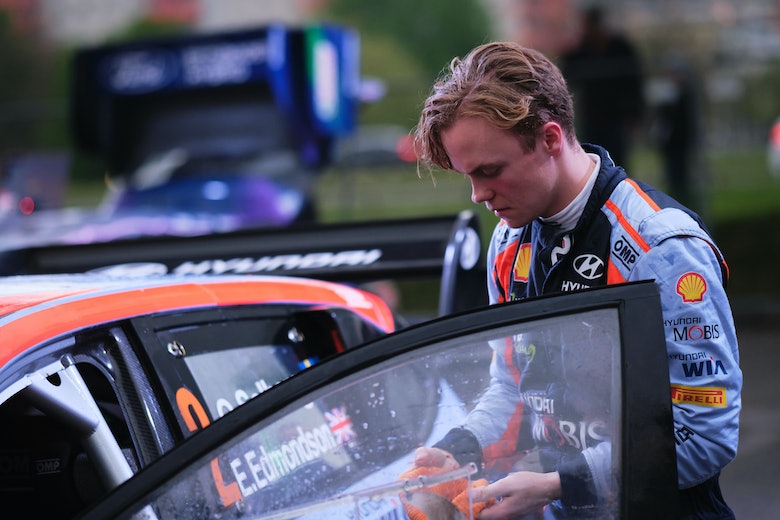 Gravel suits Solberg more than asphalt, and so he should be there or thereabouts with the WRC2 frontrunners, although he will need to quickly shake off any memories of his crash in Croatia last time out.

I don’t expect him to wipe the floor with Mikkelsen and co, but if he is serious about sitting behind the wheel of the i20N Rally1 for a full season, he has no other option than to show he can beat them in equal machinery, especially since he only managed to finish fifth in WRC2 last year on the rally.

He might not be the favorite, but I’m expecting big things from Solberg on the gravel.