In 2007, a 13-year-old Finn watched a 28-year-old Finn leading the Italian Grand Prix at Monza. A couple of months later, the youngster celebrated as his hero from Espoo won the Formula 1 World Championship.

That 13-year-old was Teemu Suninen. The older guy was, of course, Kimi Räikkönen.

“For me, when I was growing up, it was Kimi,” Suninen told DirtFish. “It was always Kimi and always Formula 1. I wanted to race.”

That’s how he ended up in karts, taking European Championship heat wins and travelling as far afield as Las Vegas to win titles. But, when it came to the jump from karts to single-seaters, it just wasn’t possible financially.

“When I was karting, one of the times I was enjoying it the most was when it was raining,” said the M-Sport Ford World Rally Team driver. “I liked the feeling of the kart sliding around.”

Rallying made sense. Rallying was his future.

But in December, he gets the chance to revisit his past and combine rallying with his first love.

“I’m looking forward to Monza,” he said. “I did Monza Rally Show in 2018 and, as an event, it’s been one of the best I’ve ever been to with rally cars.

“It will be different now we have proper rally, but it was a really good atmosphere – so well organized as the show. We had a stage every two or three hours, so we had time to analyze the driving and set-up, time to be with the fans and give good PR time. It was really relaxed and good fun to drive.

“I have a background from the racing, so it’s great to get back to the racetrack.”

With more downforce than ever, Suninen can’t wait to get his Fiesta WRC out on track.

“Especially with these cars, it’s going to be so good,” he said. “These cars are really capable for those kind of tracks – especially with this level of aero and this much power; you start to really feel it in the GP track.”

But what about some of that legendary Monza Rally elbows out, all-action racing on the stages?

“It would be nice to have some of that dicing,” he said. “I believe I can be fast in the GP track. I hope I can use my skills there!”

The precise nature of the stage layouts remain to be seen, but the sight of Suninen outbraking fellow former Monza master Thierry Neuville into the Parabolica would – as a WRC one-off – be more than welcome and very entertaining.

And, if everything goes right for Suninen, 13 years on, maybe he can finish the job Räikkönen started. Maybe he can win at Monza. 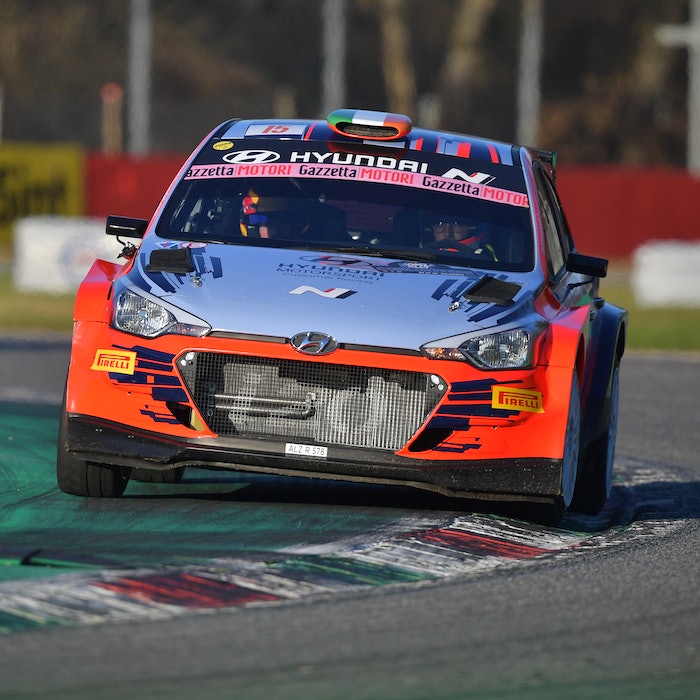 FIA rally director Yves Matton has admitted he wasn't entirely convinced by the initial proposal by Monza Rally organizers to hold a 2020 WRC round. But there was a rethink from both parties...

The Hyundai junior taking an unexpected fight to Solberg