Japan’s World Rally Championship round came, went, and is now back. Ditto the Safari. New Zealand came, went, and would dearly love to be back. Two out of three, we’re told, ain’t bad. The WRC was taking on that decidedly worldly feel again.

But what about the rally bit? How seriously could we take a World Rally Championship without Europe’s most spectacular sporting test? For the last seven years, we’ve pretended. We’ve talked Sardinia up, making the Italian island’s rocky roads sound like some sort of suitable substitute.

But it no longer matters. Why?

The Acropolis Rally is back.

Once again we have ourselves a genuine annual sporting contest worthy of the name.

What’s so special about the Acropolis? Everything. It’s a rally as difficult to land and just as worthy to win as a Monte or a Finland. Don’t get me wrong, Aghii Theodori can’t rival Sisteron for complicated tire choice or varying grip levels, just like the Pissia stage can’t compete with Päijälä in terms of average speed (it’s 30mph slower).

But this year’s Acropolis Rally will be won by a multi-dimensional driver who understands there’s more to the sport than speed and brute force. September success will come to the crew reaching the finish by driving slowly just that little bit faster than anybody else.

Rally director Pavlos Athanasoulas is a man who understands the true meaning of the Acropolis Rally. He’s a man who has simply never stopped believing that bringing this great event back to life and returning it to its rightful place in the world championship is possible. Without him, it wouldn’t have happened. 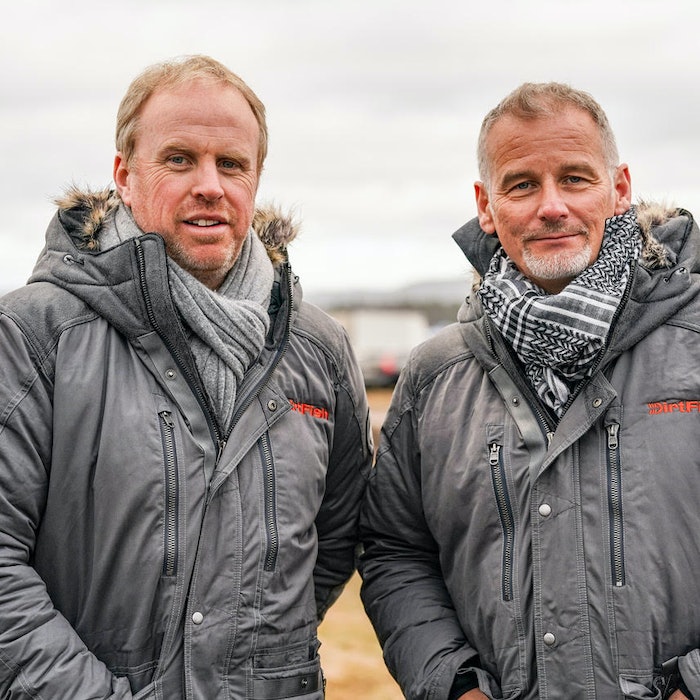 If I don’t hear drivers moaning about not having enough tires and it being almost impossible to get through on the allocation they have, our Greek friends will have failed. David Evans

But now for the really important bit: putting the route together.

I fully understand it’s impossible for our friend Pavlos and his team to wind the clock back 40 years and plot 600 competitive miles between 50-odd stages with a final loop starting at midnight and finishing in the middle of the following morning. But we need the organizers to deliver on that promise of the ‘full Monte’.

We have a maximum of just shy of 220 competitive miles (still woefully short in my book, but that’s for another column) to play with, but an imaginative deployment of tire fitting zones allied to a strategic approach to stages lengths and timings can more than make up for those missing miles.

If I don’t hear drivers moaning about not having enough tires and it being almost impossible to get through on the allocation they have, our Greek friends will have failed.

The Acropolis has always been a rally won as much with the head as the heart and it has to remain absolutely true to that tradition. As I’m sure it will.

I can’t wait to land back into Athens for a ceremonial start outside the Acropolis – an absolute must – and, for me, a base out of Lamia. Even better would be Itea.

Covering the Acropolis Rally was an event that brought the same sense of occasion and adventure as heading to Argentina or Kenya for the first time. Undoubtedly, a significant proportion of that adventure was delivered by the old airport in Athens – never somewhere I returned to via the same route twice. Before infrastructure for the Athens Olympics had been laid, heading to the airport post-event meant traversing the center of the Greek capital.

Honestly, there were times when I was so comprehensively confused I would pull over and wait for an overflying 737 to guide me in the general direction.

But we need that sense of adventure back again. If there’s one downside to Greece’s return, it’s that it comes at the expense of the WRC’s only visit to the Americas this year. With México and Argentina not included on the 2021 roster, Concepción was our only chance to head way out west.

Am I surprised Chile’s gone? Not really. Rates of COVID-19 infection are rising rapidly again and with Santiago locked down earlier this week, it’s clearly complicated to plan for anything as soon as September. Or is it? Currently, Formula E is still going ahead. In June. In Santiago.

Let’s stick to the positives and celebrate the return of a legend and genuine hero-maker of a rally.