Sébastien Loeb and the World Rally Championship feels like a never-ending story. It was 20 years ago now that Loeb first started making waves with his supreme Junior WRC campaign and stunning second place on debut in a Citroën Xsara WRC, and today – despite first retiring nine years ago – he doesn’t lurk far from the headlines.

My far more esteemed colleague David Evans broke the story on Tuesday that M-Sport managing director Malcolm Wilson was having discussions with Loeb about a potential part-time program in a Ford Puma Rally1 next year.

Loeb told DirtFish back in April that he would be open to such an idea. The internet went crazy when we ran that story four months ago, and it went equally crazy this week too. 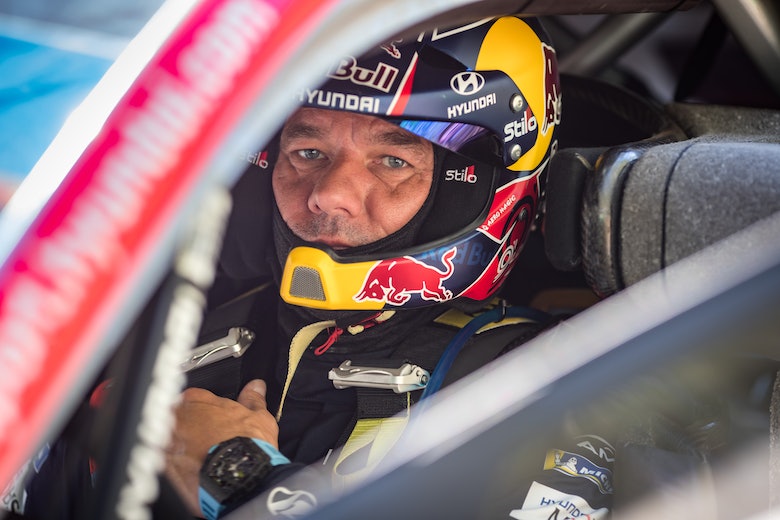 But the question is: is that out of hype and excitement that the maestro might be returning, a thirst for rallying gossip or simply frustration that Loeb is plotting yet another spell at rallying’s top table?

In short, does the WRC still need Sébastien Loeb?

Formula 1 has Lewis Hamilton, MotoGP has Valentino Rossi and the WRC has Loeb: the series’ biggest asset, the record-breaker, the one that’s almost as recognizable as the championship itself. And you can guarantee that having recently announced his retirement, Rossi would be welcomed back in MotoGP in a heartbeat and Hamilton likewise after he chooses to hang up his helmet.

But the difference with Loeb though is we’ve been here before. In 2013, he entered four rallies as something of a farewell to the discipline that gave him so much as he simultaneously prepared for a World Touring Car Championship bid the following season.

Rally France Alsace that year was therefore a poignant moment as Loeb’s DS3 WRC was wrapped in a special livery commemorating his ridiculous WRC achievements. Romantically, Sébastien Ogier happened to win his first title that weekend too, with Loeb among the first to congratulate him as the baton was passed from the proven great to the emerging one.

That was meant to be the last we saw of Loeb in the WRC but history tells a slightly different story as he’s since started another 12 world rallies – the equivalent of the entire 2021 season.

Monte Carlo 2015 was the first of those comebacks and Loeb dominated the opening stage and brought the fight to Ogier before an error dropped him out of the fight.

Loeb was then back on a semi-permanent basis three years later, sensationally notching up one more win on Rally Spain 2018 with a touch of the old magic. That was part of a four-round campaign in a C3 WRC; largely a result of Peugeot pulling out of the World Rallycross Championship which left Loeb without a program.

Then came the Hyundai years in 2019 and ’20 as Loeb shared an i20 Coupe WRC with Dani Sordo and Craig Breen. Podiums in Chile and then Turkey, his last WRC appearance to date, stand as the highlights.

I can totally understand why Loeb decided to do those eight rallies with Hyundai, as he’s not hidden his belief that no other form of motorsport gives him the same pleasure that the WRC does. And why would he not be interested to see if he’s still got it against the current crop of drivers?

Equally, I can totally understand why Hyundai wanted to recruit him. When a nine-time World Rally Champion is on the market and is known to be interested in conversations, you’d be crazy to ignore that avenue.

And I can therefore understand why the M-Sport discussions – however serious or advanced they are – are occurring. Loeb is one of Malcolm Wilson’s biggest missed opportunities having attempted to sign him for 2005 before being rejected and then watching him dominate everything with Ford’s only real rival, Citroën.

Plus, with M-Sport without one of the WRC’s recognized leading lights in its 2022 line-up, a name like Loeb could be just what’s needed to galvanize the operation. His name will always have that pulling power.

But I’m not so sure, as neutrals, another Loeb spell in the WRC is what we really want to see. I’d much rather see new names emerge (with top-line seats already at a premium) than a driver having another kick of a ball they’ve kicked umpteen times over.

It’s a tale all too familiar in motorsport of late, particularly in Formula 1 where Jenson Button, Felipe Massa and Fernando Alonso have all had retirement celebrations only to return for one or more races thereafter.

Sometimes there comes a point in time when a legend’s legacy is far better preserved than it is prolonged. True one-off appearances are epic, but comebacks always risk doing more harm than good to a driver’s reputation. Loeb has potentially already crossed that line.

Monte Carlo 2015 was the perfect kind of comeback. There was buzz, excitement and wonder as he proved he still very much had it. In fairness, Rally México produced similar emotions, but as his program extended the interest in seeing Loeb back in a World Rally Car waned heavily.

You only need look back at the 2020 Monte Carlo Rally for a case-in point. Watching Loeb struggle to get on top of his surroundings was actually really sad to witness, and it left many wondering if he had kept the candle burning just that little bit too long.

Don’t get me wrong, if Loeb did arrive at a WRC round next season donning M-Sport colors I’ll be as intrigued as anybody else. But excited? I’m not so sure. In having so many comebacks, the ‘Loeb returns to WRC’ story just lacks that oomph it once used to.