Take Sébastien Ogier out of this year’s World Rally Championship picture and what’s happening? Elfyn Evans and Thierry Neuville would be tied at the very top of the tree.

That, according to M-Sport managing director Malcolm Wilson, is the sort of close battle we can expect when Toyota’s superstar signs off on his final full campaign at the end of 2021.

Few, if any, in the WRC understand the true value of Ogier like Wilson. But seven – quite likely eight – years of dominance from nine seasons hasn’t made for the sort of unpredictability of results that works for fans.

“There’s no question that Séb leaving will open up the championship,” Wilson told DirtFish.

“You’ve only got to look at the last, however many years, it will make it a really, really interesting championship.”

Two of Ogier’s titles came while he was wearing M-Sport Ford overalls and Wilson remains among Ogier’s biggest fans.

“You know my feelings,” he added, “I love to see the masterful work Séb does. I love it, the way he works and his and Julien’s [Ingrassia, co-driver] approach – it’s fantastic.

“And if you then throw Séb in for a few rounds next year, he’s going to put a spanner in the works and create some more interest. I really believe it’ll be a good season and good for the sport.

Wilson added that a part-program for Ogier would be intriguing to witness as he will find himself in a different position than he’s used to. 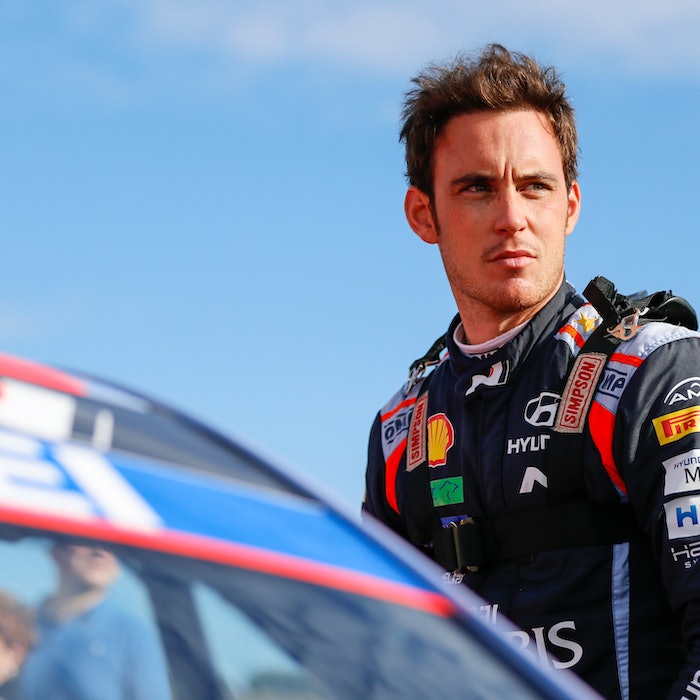 I don’t think it will make it more interesting. The best needs to stay and he is definitely one of the best Thierry Neuville

“Can you imagine him on a hot gravel rally?” said Wilson.

“It’ll be interesting to see if he starts in a reasonable place on the road on some of the hot gravel rallies – he’s never had the chance to start from a good place because he’s always been so good.”

Opinion, it’s fair to say, is split between Ogier’s rivals on the direction of his 2022 program.

Consistently, Neuville has made it clear he wants another shot at beating the man who has ruled throughout their careers.

“Of course I want him to stay,” he told DirtFish. “We definitely need him for the full championship and I would like to keep him. He’s a real challenge and a tough guy to fight, but when you win against him, you win.”

Asked if he could see Wilson’s perspective, Neuville added: “I don’t think it will make it more interesting. The best needs to stay and he is definitely one of the best. It would not be a good time for the championship, but it’s not for us to make these decisions for him.”

Tänak’s response was more succinct: “Honestly, I don’t give a s*** what he’s doing,” he said.