Yohan Rossel has been disqualified from the Acropolis Rally due to homologation issues with his Citroën C3 Rally2, handing the WRC3 victory to title rival Kajetan Kajetanowicz.

Rossel headed to Greece leading the championship, knowing that beating Kajetanowicz would significantly increase the likelihood that he could win the title.

Lying fourth in class after the first day, half a minute back, his chances looked bleak but an inspired drive on Saturday morning propelled him into a class lead that he duly converted into victory.

But Rossel and co-driver Alexandre Coria have been ejected from 11th overall in the classification due to an overweight subframe.

The part was found to weigh 12,950g instead of the homologated weight of 12,245g. There is a tolerance from the FIA of +5% or -2%, but the weight of Rossel’s subframe exceeded the maximum permitted weight.

Curiously though, on Rally Sardinia – where Rossel also won in WRC3 – his C3’s subframe was found with the same incompliance at final scrutineering, being weighed twice at 12,707g and 12,708g.

Three of Rossel’s subframes were found to be non-compliant and so they were sent back to the supplier apart from subframe 99 – the one that was fitted to Rossel’s car in Greece – because Rossel trusted the weight measurement from Sardinia.

A stewards’ document read: “In Rally Italia Sardegna, a fine of €30,000 [$35,441] was imposed on Citroën Racing, €15,000 of which were applied with suspension of sentence, subject to no further breach of a similar nature – quality control error – at any WRC event until the end of the 2021 WRC season.

“Mr Arbonnier [Citroën Racing] demonstrated to the satisfaction of the stewards that they have taken all reasonable measures to resolve the issue that had occurred at Rally Italia Sardegna.

“The supplier of the subframes was instructed to carefully weigh all products before sending them to the customers, this was made very clear to the supplier by Citroën Racing according to Mr Arbonnier.”

The stewards therefore concluded that Citroën Racing “has not repeated a further breach of poor quality control which would invoke the suspended part of the penalty” applied in Italy back in May.

As a result, the stewards judged that it was the “responsibility of the competitor alone” to make sure the subframe complied with homologation.

Citroën therefore escaped punishment while Rossel was found to have broken Article 9.15 of the FIA’s International Sporting Code relating to competitor responsibilities. There is no further punishment besides disqualification.

Citroën Racing has however been fined €30,000 ($35,441), €25,000 of which has been applied via a 12-month suspended sentence, due to the rear brake cooling fans on Rossel’s C3 also not complying with the homologation form.

Vincent Ducher, team manager of the Saintéloc Racing outfit running the car, stated that the cooling fans have been fitted to the C3 since it was acquired from Citroën Racing and they have not been modified or changed.

Citroën’s representative, engineer Damien Arbonnier showed the stewards the installation instructions in which the same non-complying part could be seen in photographs. 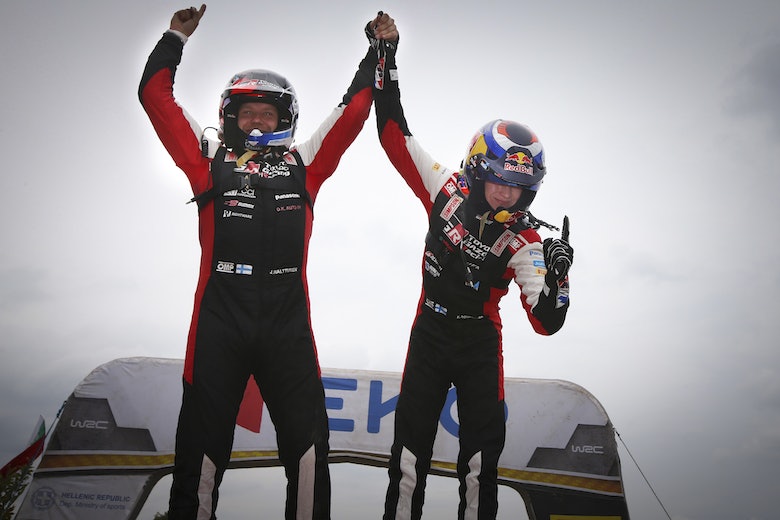 The story of the Acropolis Rally

Citroën was found guilty of both Article 12.5.1 and 12.3.1 of the FIA International Sporting Code and is “required to promptly liaise with the FIA technical delegate and to produce an Erratum of the Homologation Form”.

Rossel was cleared of any punishment for the second homologation issue, but it will be of little consolation as instead of leaving Greece with a 51-point lead his championship advantage is just 22 over Kajetanowicz, who has competed on one fewer round.