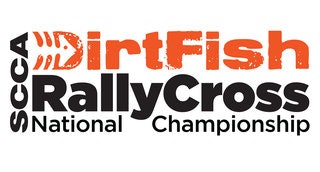 TOPEKA, Kan. (Oct. 18, 2017) — The first year of partnership between DirtFish Rally School and the SCCA® RallyCross® program concludes October 20-22 at the DirtFish SCCA RallyCross National Championship in Topeka, Kansas. After successfully collaborating on three National Challenge events throughout 2017, the action wraps up at Heartland Park Topeka for the final national shootout and bragging rights for the year.  With that, it’s time to predict class winners for this year’s National Championship.

In the 2016 National Championship, Stock Front produced tight competition with the first four finishers separated by less than 14 seconds. Donald Carl in his Dodge Neon is the odds-on favorite with several first- and second-place finishes in both regional and national events this year. Chang Ho Kim took first place last year, edging Carl out by just 1.267 seconds, but hasn’t had much seat time this season in his Acura Integra. Keith Lightfoot wasn’t too far behind last year, but has recently showed improved speed in his Fiat Abarth. Wiley veteran Ron Foley has competed every year for a decade, so he shouldn’t be counted out in his Honda Civic. For 2017, David Williams traded in his Subaru STI for a Neon and has taken a couple firsts and a second in the process, so he could be a sleeper.

Stock Rear ballooned from seven entries in 2016 to 16 this year and it’s shaping up to be a Mazda showdown. Michael Lasater downsized from a Camaro to a Miata and in doing so has logged a pair of first- and second-place finishes. Joseph Hanna also moved over to a Miata platform late last year and took second place at the 2016 National Championship. Howard Duncan was just three seconds behind him in yet another Miata. Logan Altmyer and his Nissan 240SX in BRE livery has taken first in every race he’s entered this year, including the DirtFish East RallyCross National Challenge. And don’t count out Guy Roberts just because he’s fielding a Ford Crown Vic because he took fifth place and was only 22 seconds off of first place in the 2016 Championship.

Stock All looks like it’s going to be a Mitsubishi/Subaru brawl. Jan Gerber, in an Evo, looks like a shoo-in for the win after dominant performances last year and this year, including winning the last championship by nearly seven seconds. ZB Lorenc, in a Subaru, hasn’t had much seat time in 2017, but was a force to be reckoned with in 2016, including winning the East RallyCross Challenge. Steve Ducharme will be dual driving with Gerber, so he certainly has the car he needs to do well. Jon Trudeau, also in a Mitsubishi, is poised to win after coming in second in the National Championship last year and taking first in four regional races this year. Rookie Matthew Dickinson, driving a Subaru WRX, is making a name for himself with six first-place finishes in 2017, including winning the DirtFish West RallyCross National Challenge conducted at DirtFish Rally School.

Prepared Front currently has 11 entries, but it should be interesting with seven different marques. After taking third in modified front at the 2016 National Championship with a Toyota Celica, Andy Thomas is fielding a different Celica in Prepared. It’s already captured nine first- or second-place finishes, so he’s looking hard to beat. But don’t count out either Robert Seelig, in his Honda CRX, or David Capesius, in a Dodge SRT4, after finishing 1-2 with just a half-second between them at the 2016 National Championship. Greg Cheney has only run a couple races in 2017, but his Ford Fiesta took a first and second, so he can’t be ignored. Randy Patten is dual driving with Capesius and was just six seconds off in the 2016 National Championship, so he’s still a threat.

Prepared Rear is a small field, but it’s not all Miatas. It would be easy to pick last year’s championship winner, Eric Adams in a Scion FR-S, but he’s had very little seat time this year and has not podiumed. Shawn Roberts, on the other hand, has spent the last two summers trying to find more room in his trophy case, including winning the East RallyCross National Challenge twice. Unless he manages to mow down plenty of cones, he’s the logical favorite to win in his Miata. That said, don’t count out Gonzalo San Miguel after winning both the 2016 West and Central RallyCross National Challenges. The same could be said for both Myles Goertz and Kyle Nilson, dual driving a Miata they raced to fourth and fifth, respectively, at last year’s Championship.

Prepared All currently has 17 entries and isn’t strictly a Subaru versus Evo affair. It also looks like it will be a very competitive field. Mark Macoubrie in his WRX STI appears to be a good bet with a slew of victories over the last two summers, including one East RallyCross National Challenge. Christian Retterer took fifth with his Mitsubishi Eclipse at last year’s Championship, but he has consistently podiumed at regional events since the fall of 2015. Mark Hill is moving from Prepared Front to Prepared All and gaining speed quickly in his Evo IX with recent first- and second-place regional finishes. Warren Elliott has taken home first-place trophies in the last two races he’s competed in behind the wheel of his Evo IX, which is what he is racing at the National Championship. With the exception of one race, Shane Blankenship and his Dodge Stealth have found their way to the podium in every race over the last year. While podiuming would be a tall challenge for Austin Dowda, it’s worth noting that he will be competing in his crowd-favorite, high-revving Honda Civic RT4WD Wagon.

Modified Front is set to be the smallest field of the weekend and Leon Drake looks to be the obvious choice for victory. With a seemingly endless number of victories over the last few summers, everybody is going to have quite a challenge besting his VW Caddy. Though he doesn’t have a great deal of experience in RallyCross, Kent Hamilton is a bit of a hired gun to watch out for. He borrowed a Ford Focus in July to take first in the DirtFish West RallyCross National Challenge at the DirtFish School and will be dual driving Aaron Miller’s Honda Civic. Miller and Bret Hunter have had similar results in the past, so it looks like they’ll likely have a good scrap. Fifth will probably be a toss-up and possibly a close finish, but look toward Bryan Tippens to grab that spot.

Modified Rear has a couple BMWs, Porsches, a mess of Mazdas, one Ford Mustang, an older Toyota Corolla and a VW Super Beetle. Heck, there’s even an MGB GT on the entry list. This should be fun spectating. It should also be very competitive. George Gildner doesn’t have a lot of races under his belt, but he’s fielding a Porsche 911 and won’t be short on horsepower. John W. England won this class last year, so he certainly can’t be counted out in his Miata. Jon Simmons hasn’t finished below second in regional races in his BMW 325i, so he certainly has a chance to take home some hardware. Bee Thao returns with the same Miata he took third with last year, so he should place well. And keep an eye on John E. England, too.

Modified All has 23 entries with the usual Mitsubishi and Subaru suspects, but also a couple Audi A4s, two Eagle Talons and an Isuzu. Given his impressive number of recent regional wins, as well as never finishing below second in national races, it would be hard to pick somebody to win over Max Lawson in his Mitsubishi Evo. That said, Scott Banes and his Subaru Impreza has a similar number of regional podiums, though at both previous Championships his luck wasn’t so great. After an impressive 2016, Janis Dancis switched platforms from Subaru to an Evo and may have lost a bit of consistency in the process. He fended off Kory Nelson in the 2017 DirtFish Central RallyCross National Challenge to take first, but Nelson had recently added lots of upgrades to his Talon and was a bit unfamiliar with its new handling characteristics. After having a few more events to learn and fine-tune his new setup, he and Dancis should have a tight battle. Rookie Radim Hlidek has very little history, but that history doesn’t include even one finish lower then third place, including second at this year’s DirtFish East RallyCross National Challenge, so he could be the surprise sleeper.