Snoqualmie, WA, July 6, 2017 – DirtFish Motorsports is pleased to announce their ARX2 drivers for the DirtFish Americas Rallycross of Circuit of The Americas! For this inaugural race, DirtFish will be fielding four competitive drivers: rallycross veterans Conner Martell, James Rimmer, Scott Anderson, and new to the sport, Fraser McConnell from Jamaica.

A four-car ARX2 team is a big step forward for DirtFish Motorsports. It will be beneficial for not only the team’s success, but also the success of all four drivers. While they will be competing against each other on the track, they will also be able to train together, collaborate on valuable information about the cars, competitors and the track conditions they are racing on.

Coming off an outstanding 2017 rallycross season, Martell will be looking to add an Americas Rallycross championship title to his list of achievements. Since the 2017 season ended last September, the Vermont native has been competing around the world in a multitude of different racing series from rally to rallycross. He kicked off the 2017 racing season with a second-place finish in his first-ever gravel stage rally, Rallye Perce Neige. Since then, Conner has competed in RallyX On Ice and the FIA World Rallycross Championship, where he is aiming to be the first American to win the highly competitive series. 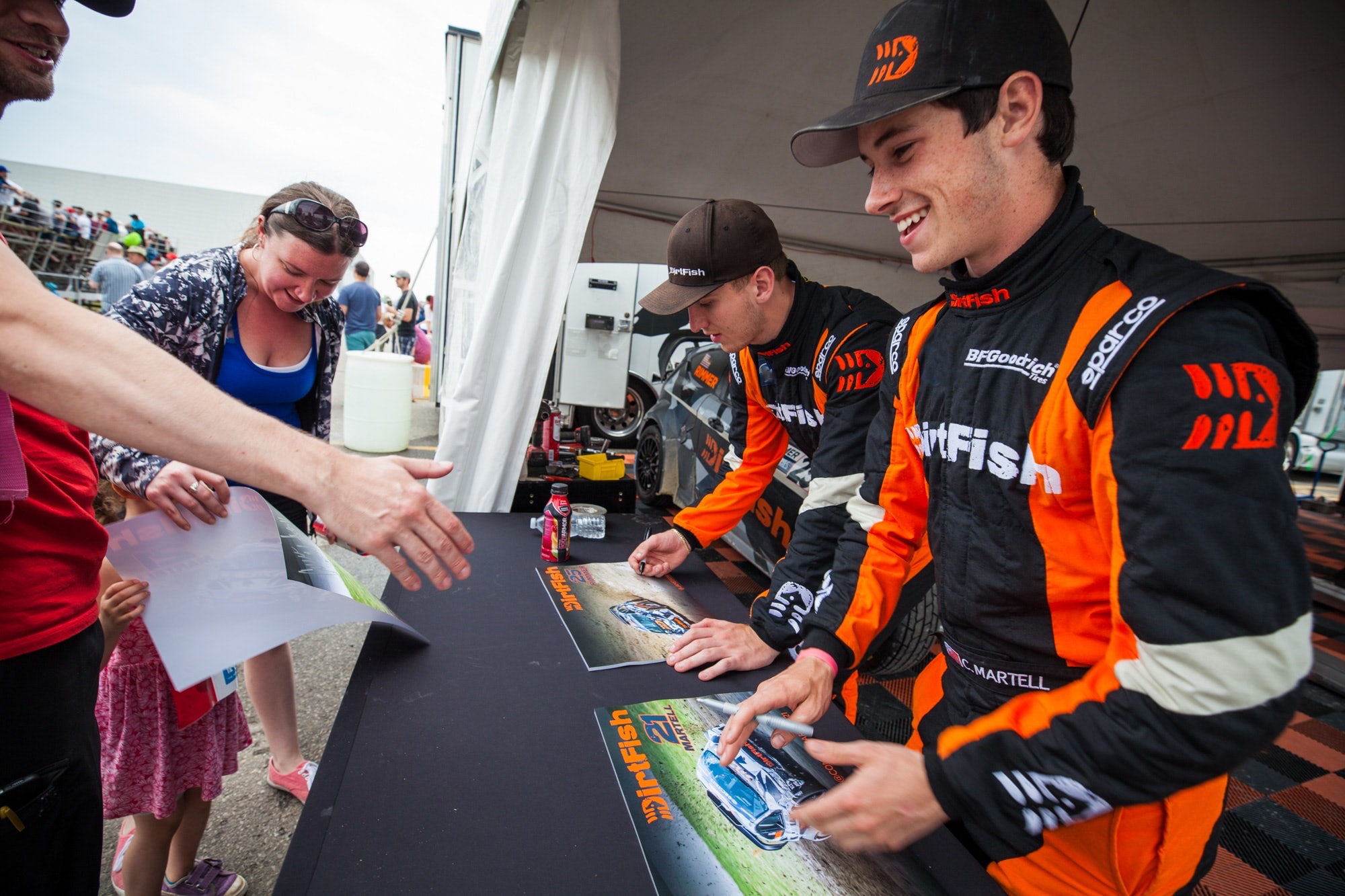 James Rimmer has also had a busy off-season, focusing on his studies at the University of Denver while taking just a bit of time off for racing. Following a stellar rookie season in 2017 where Rimmer was able to accrue multiple heat wins and move up through the ranks, he took on the 2018 Olympus Rally in an Open Class Subaru WRX STI. He showed his competitiveness by laying down some of the fastest stage times, coming close to Subaru Rally Team Drivers, David Higgins and Patrik Sandell.

“I am very eager to continue my rallycross career with DirtFish in the three rounds of Americas Rallycross in 2018. The DirtFish Motorsports team has one of the best (if not the best) service crews in the sport and I am confident that they will give us all the best cars possible every time we line up on the grid!” said Rimmer. He goes on to say, “I was able to drive the COTA course during a media event, and I was really impressed by the layout that the ARX team has come up with. I’m looking forward to racing door-to-door on it!” 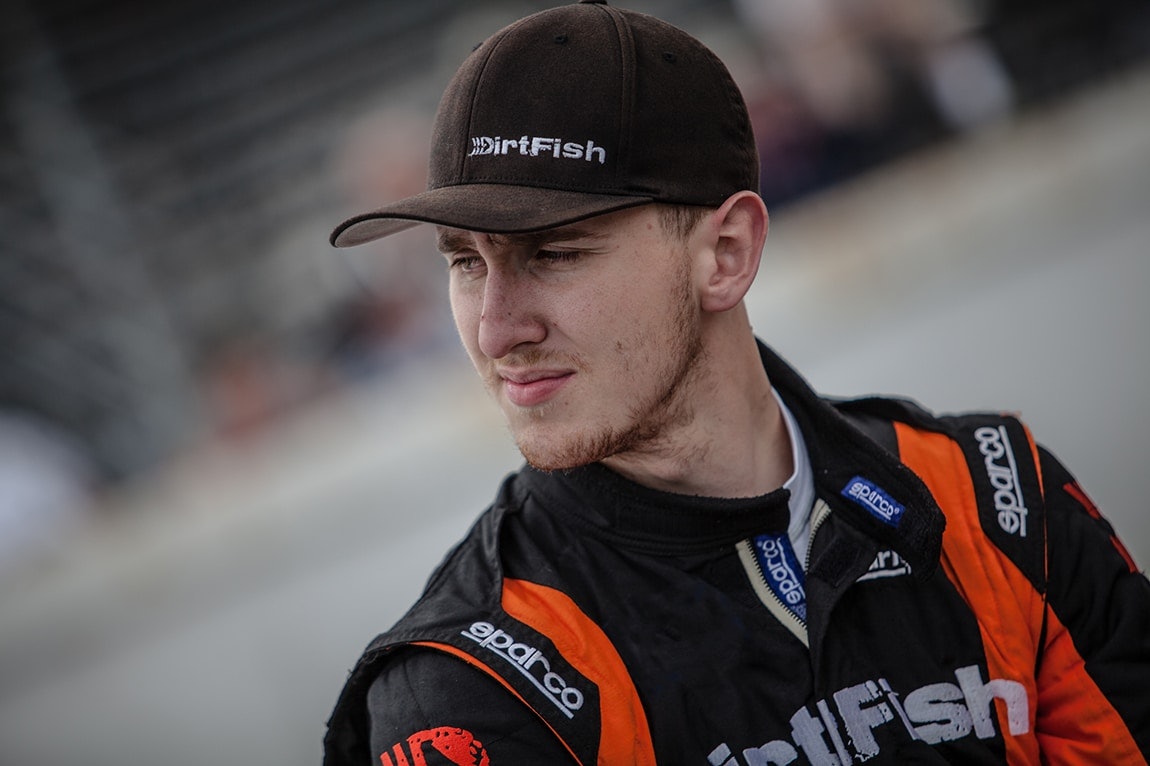 Jamaican Rally Driver, Fraser McConnell might be a rookie in the sport of rallycross, but he is no stranger to competition. Since 2015, Fraser has been competing in the Jamaican Rally Championship and National Karting Championships. He has seen a lot of success in both disciplines, winning countless races and even being named the Jamaican Driver of the Year in 2015 and 2016. His experience in rally and circuit racing will surely help him find success in rallycross.

McConnell says, “I feel honored to be representing my home country of Jamaica and DirtFish Motorsports on the international stage in Americas Rallycross and can’t wait to impress. This is a dream come true!” 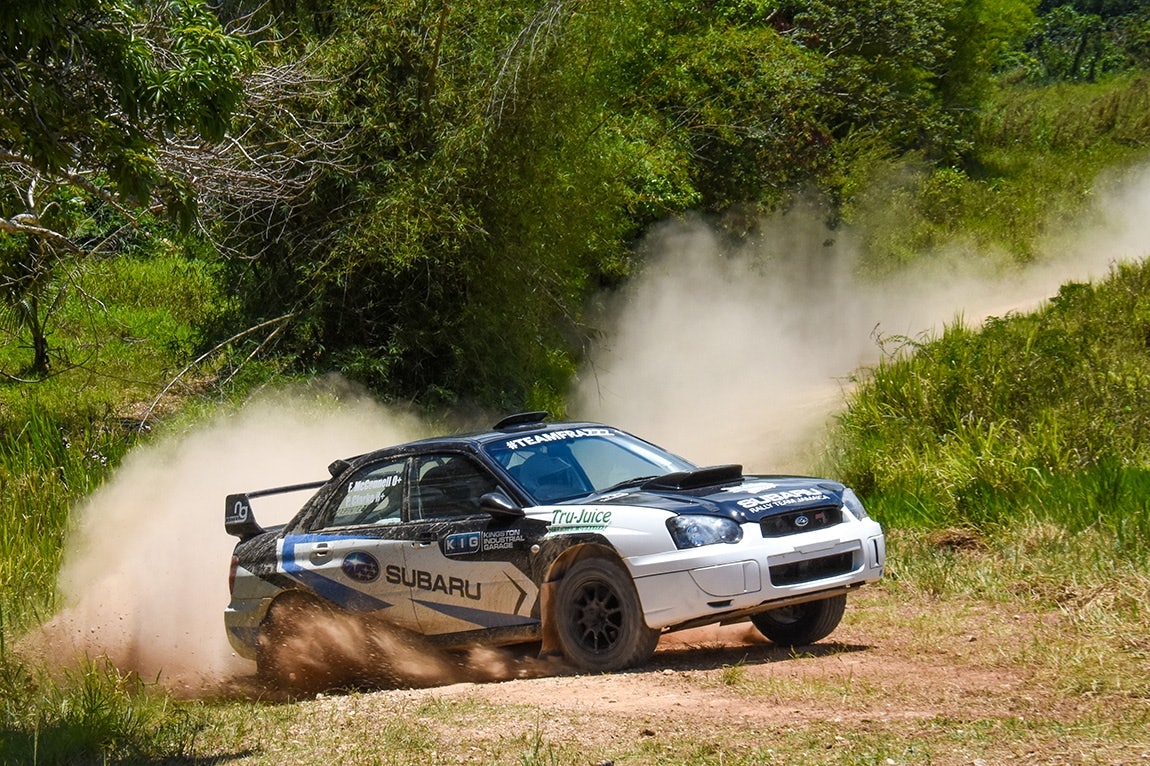 Rounding out the list of DirtFish drivers is Scott Anderson. Anderson began his racing career at the young age of 11 and has competed in everything from the MazdaSpeed Challenge and Pro Mazda, to Indy Lights and rallycross. Throughout all of those series, he has amassed an impressive 15 pole positions, 19 wins and 39 podium finishes across 56 races.

“It has been a very long off-season working on a deal for the 2018 ARX Season and I’ve been itching like crazy to get back in the car. I’m super thankful for Hull & Knarr and DirtFish giving me the opportunity,” said Anderson. “I have been around the DirtFish crew since my first time in a rally car, and they’ve been a huge part of my development and transition from open-wheel racing. They really know their stuff, and the familiarity should help us get up to speed right away.” 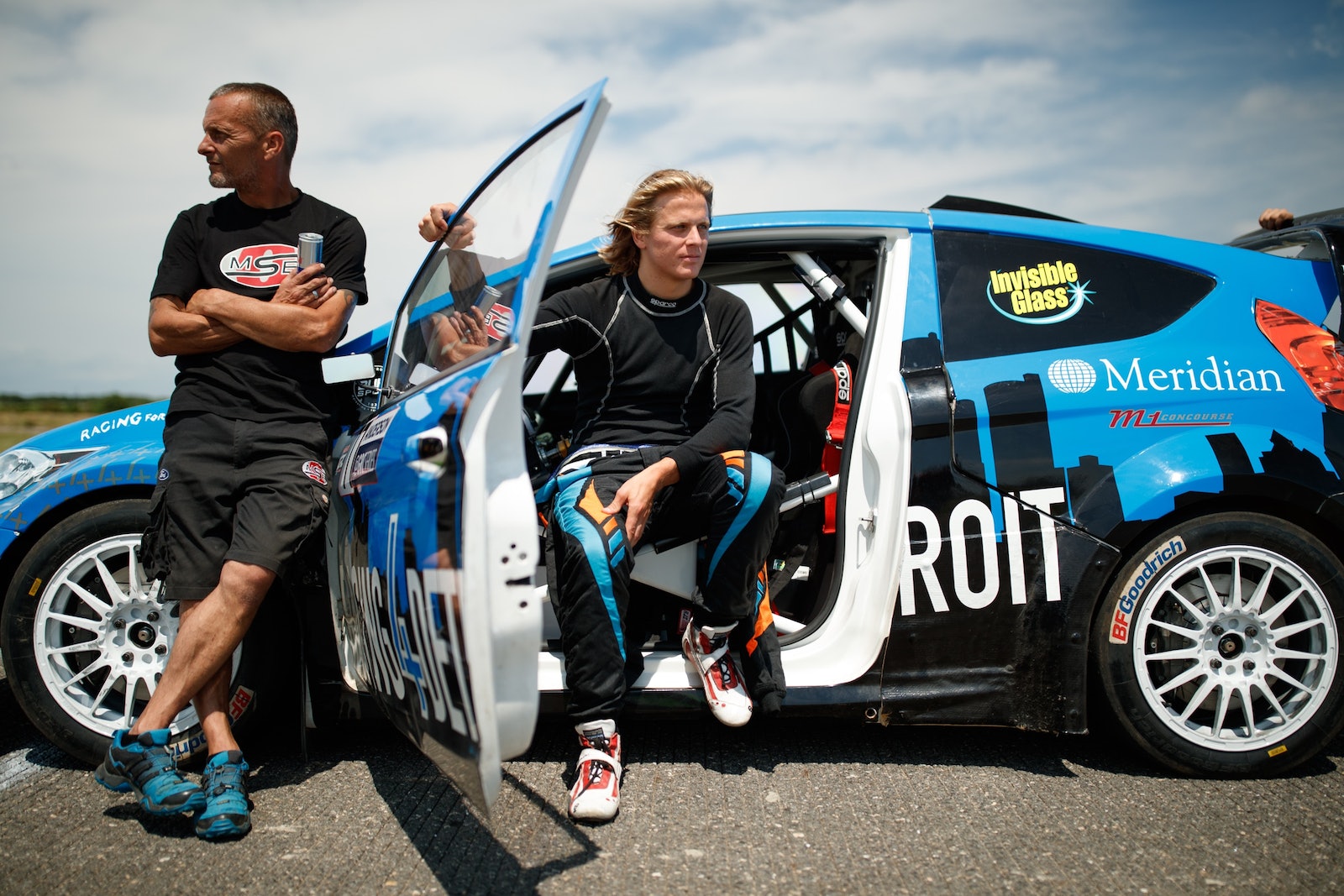 The 2018 Americas Rallycross season heads to their North American debut at the DirtFish ARX of COTA on July 14thin Austin, Texas. Tickets are free for this event if you purchase World RX USA tickets for September 29-30th. Click here for details: https://www.worldrxusa.com/ticket-offer

DirtFish Motorsports is a developmental driver program competing in the Americas Rallycross series, World Rallycross, and stage rally in the United States and Canada.

DirtFish Motorsports strives to develop well-rounded drivers and providing a team culture which fosters growth and development. Cross discipline training develops skill, confidence, and huge rewards in the racing world.  A professional racer is more than a driver behind the wheel, and as such our program touches on developing the complete athlete package in all aspects of racing including driving fast, health and fitness, personal presentation, business and finance, as well as understanding the power and presentation of social media.

Nestled in the foothills of the Cascade Mountain Range in the scenic town of Snoqualmie, WA, DirtFish Rally School is the only full–time rally school on the West Coast and boasts an impressive array of rally cars, rally driving programsand memorabiliato suit enthusiasts of all ages. Based at the formerWeyerhaeuser Lumber Mill site, the property itself boasts a rich history,having been the second all-electric lumber mill in the country in 1914. A century later,in October 2010, DirtFish opened its doors with the goal of offering unparalleled trainingin top-level vehicles, as well as provideunequaled opportunities for vehicle testing, specialized training, corporate/team events and more. Rally heaven awaits any student enrolled in one of DirtFish’s many programs, from the simple Two Hour Taste of Rally programall the wayupto the Three Day Ultimate Rally Experience and onto advanced and private trainingin both rally and rallycross,in either all-wheel drive Subaru STI’s or rear-wheel drive Subaru BRZ’s.

Established in 2018, Americas Rallycross (ARX) marks a new beginning for the sport of rallycross for the Americas. ARX and ARX2 championships deliver the most compelling racing and entertainment in motorsports. With quick and exciting heat-style racing in production-based racecars, ARX makes for great entertainment that is perfectly suited to the way we enjoy sports today. The 2018 season features four events, including the inaugural DirtFish ARX of Circuit of The Americas on July 12. IMG, the global sports and entertainment agency is the promoter and commercial rights holder of the series.

Check out what DirtFish is up to on social media at:

Find Conner on social media at:

Find James on social media at:

Find Fraser on social media at:

Find Scott on social media at: