Monster Energy RX Cartel has confirmed its continued involvement with Nitro Rallycross, teaming up with the Dreyer & Reinbold Racing and JC Raceteknik alliance to run Andreas Bakkerud and Robin Larsson in the all-electric Group E category.

Bakkerud previously raced for the RX Cartel in World Rallycross, narrowly missing out on the title in 2019 while driving an Audi S1 before an ill-fated switch to Renault machinery in 2020 gave him his first podium-less season of his career.

He made an emphatic return to form last year, dovetailing a championship-winning campaign in European Rallycross with sporadic appearances for Subaru in Nitro RX, finishing third in a historic 1-2-3 finish for the brand in Southern California.

Larsson, a two-time European champion (winning the second of those titles with JC Raceteknik in 2019),  featured for the RX Cartel for the first time in Nitro RX last season, claiming a best result of fifth in the season finale in North Florida as the Audi-running teams struggled to get the S1 to adapt to the demanding tracks over the course of the season. 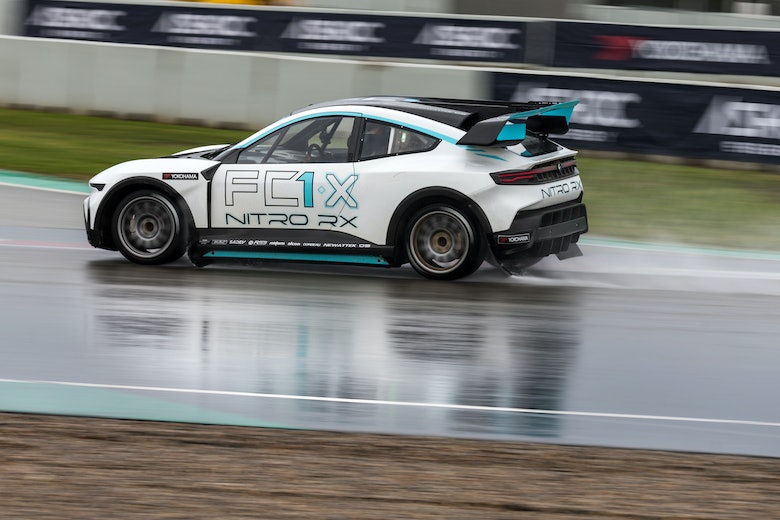 The inside line from Nitro's Barcelona test

Both drivers attended Nitro RX’s testing and launch event in Barcelona last month, along with other confirmed drivers Jenson Button, Oliver Bennett, and Conner Martell among others.

The news confirms the identity of two of DRR and JC’s four confirmed entries in Group E, with a third, not under the RX Cartel banner, understood by DirtFish to be announced in the coming weeks.

RX Cartel mainstay Liam Doran’s plans meanwhile are currently less clear, although they will involve combustion-engined vehicles, with Monster Energy saying “whether it’s drift, rally, RX or hillclimb, you can be sure that Liam will be behind the wheel this season to limiter bash and bring some much needed chaos within a far too well behaved motorsport world”.

Doran, a two-time Global Rallycross race winner and X Games gold medallist added: “Nitro and electric looks insane this year, and I know Andreas and Robin are going to slay.

“I’m not ready to make the move yet, and have unfinished business with my ‘older’ race cars. We’ve got some big plans for this year and beyond, which I’m excited to share.”