“I am extremely excited to join the Dreyer & Reinbold Racing team again after our success with the Lites championship,” said Bigham. “The Audi EKX JC Supercar is a proven winner, and I can’t wait to compete with it in the new NRX series. Rallycross in North America is moving to a new, innovative concept and we are fortunate to have Travis Pastrana carrying the torch. There are new permanent facilities being built in the US and the interest in Rallycross here is growing rapidly.”

Bigham drove for DRR during the 2016 season, winning the second-tier competition with wins in Washington DC and the season finale in Los Angeles, coming from behind to beat Olsbergs MSE’s Oliver Eriksson.

“We are very pleased to have Cabot back with the DRR rallycross team,” said DRR team owner Dennis Reinbold. “Cabot brought us a rallycross championship in 2016 in a thrilling manner.

“Now, we believe he can help our team in the SuperCar class in the new Nitro Rallycross series. Cabot has plenty of Supercar experience which will assist our progress with the Audi EKS JC machines. We are anxious to compete in the new Supercar division with Cabot as one of our drivers.”

After a year driving for Bryan Herta Rallysport in the main game in 2017, Bigham returned to DRR in ARX2 during 2018, before moving to Volkswagen Andretti Rallycross to partner Tanner Foust in the 2019 Americas Rallycross. There he broke through to claim a maiden top-level podium at Circuit Trois-Rivières. 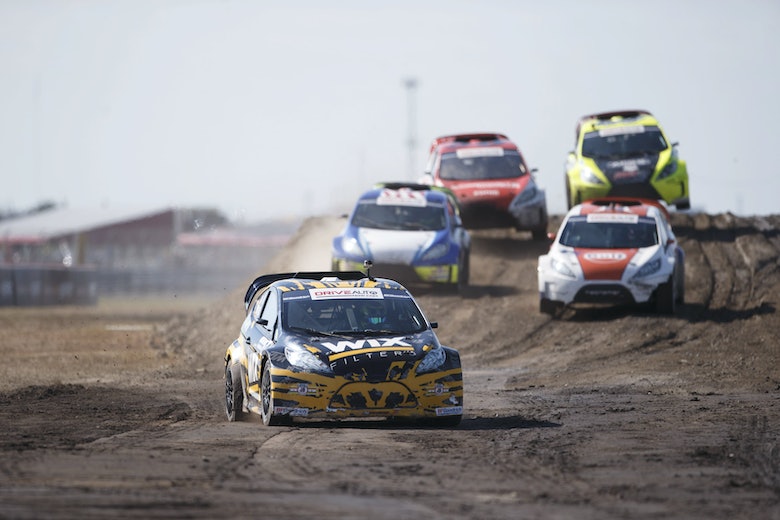 Bigham’s signing for Dreyer & Reinbold’s long-awaited first proper Supercar effort reunites the team with the driver that brought it its most significant rallycross triumph to-date.

Prior to 2016, Olsbegs MSE was the dominant force in GRC Lites, winning all but the first title in the development series. The Swedish team was on-course to continue that run in ‘16 too but Bigham and DRR had other ideas.

DRR successfully branched out into rallycross in 2015 with Miles Maroney and Alex Keyes both recording race victories for the team. Keyes returned in ‘16 and was once again a winner, while Bigham came in fresh from winning the 2015 Formula Car Challenge open-wheel series and immediately set about mounting a title challenge.

By the time the series rolled into Los Angeles for its finale, Bigham was in with a shout, but it wasn’t an easy ride, with him having to qualify for the final via the Last Chance Qualifier, which did award him a Final berth, albeit at the back of the grid.

“If you look at our championship with Cabot Bigham, Cabot had to go to the last chance race, got in in tenth place, all of a sudden in a lap and a half [of the final] or something was leading,” Reinbold told DirtFish. “[He] won the race by enough cars to win the championship, so there’s luck involved, for sure.”

Retirements for early race leader Keyes and title rival Mike Weckstrom helped Bigham’s cause, with a fourth place finish for reigning champion Oliver Eriksson ensured that Bigham wrapped up the crown at his first attempt.

“I remember all of it because I was counting how many cars were between Cabot and Oliver Eriksson and because he spun out and got taken out by his team-mate on lap one, Cabot just happened to drive right through and then Alex Keyes who drove for me at the time had a gearbox issue and pulled off which didn’t necessarily help us but it was just … I’m counting the cars saying ‘I think we’re going to win this thing’ and we ended up winning so it was surprising and very very lucky.”

When asked if it was DRR’s proudest rallycross moment so far, Reinbold said: “Absolutely! And I’m not taking anything away from Cabot, he’s a great driver, still is and was awesome for us all year, but we had to have things fall our way which looked impossible going in, but it happened to be. But we were as prepared as can be.

“Between heats and races you only have so much time so you’re out there limping along a lot of times and give our guys all the credit in the world, they try to get these cars back up and as perfect as we can before the next heat race or qualifying or whatever and do a great job with that so preparations a big part of it, sure.”

Nürburgring round postponed until end of World RX season