Cast your mind back to last season of Nitro Rallycross – the year was the Subaru and Hansen show, with both teams duking it out for event wins and Supercar championship honors.

Behind them was a fleet of four Audis, all prepared by the newly-aligned Dreyer & Reinbold Racing and JC Raceteknik teams. It was a trying year for the quartet of cars, with them registering just six battle wins, and a single overall top-five finish between them over the course of the year.

That landmark result came courtesy of Robin Larsson in North Florida, as he finished fifth in what was easily his and the Audi clan’s best weekend of the season – a campaign in which the car struggled to adapt to the demanding US courses.

The two-time European RX champion certainly had his standout moments during the season before that – suspension failure derailing a strong qualifying performance in Phoenix before a penalty stopped an equally promising run in the heats the next day, and a retirement from the final in Southern California coming after almost winning his semifinal. The flashes of brilliance were plain to see, but so was the rotten luck.

“We had a lot of struggles last year but I felt like it was so much fun, even with all the struggles, the tracks and everything,” Larsson told DirtFish of his tricky maiden US season. “I love going to America, seeing America. That’s why I wanted to come back.

“When that deal with Monster Energy and DRR showed up … I said yes immediately.”

Coming into 2022 then, Larsson needed to rebound. DRR and JC too.

We’re only one event into the current season (which is twice as long as last year’s campaign), but they already look set to blow 2021 away after the opening round at Lydden Hill in the UK – Nitro RX’s first ever international event. Larsson was fastest in practice, swept the battle bracket, won his heat, and dominated the final to take a comprehensive event win and the championship lead with it. 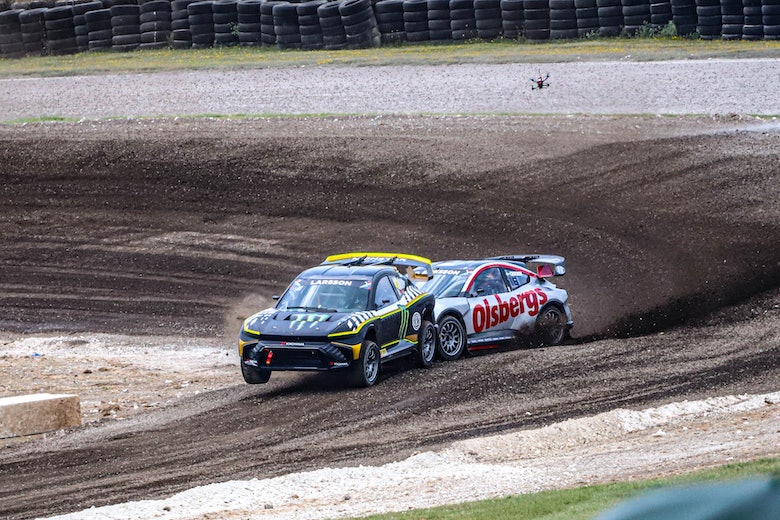 Everything looked perfect from the outside, and while Larsson did get a perfect score for the weekend, he and DRR JC had to contend with a few teething troubles, along with the rest of the field.

“Lydden Hill is traditional, it has such long straights but it’s a classic track so it’s so fun to come back here,” Larsson said. “[It was] great work by the team, we had a lot of struggles over the whole weekend, but for me it’s been working so good.”

In the final, Larsson shot off from the front row of the grid into an early lead. And while he admits the opening stanza of his own race wasn’t exactly perfect, it proved to be an ideal early lead as most of the rest of the field came together in the first turn.

“It was the start and two first laps that I was struggling a little bit but then I could more or less control it from there, and I knew [Andreas] Bakkerud was behind so he wouldn’t do any stupid things. 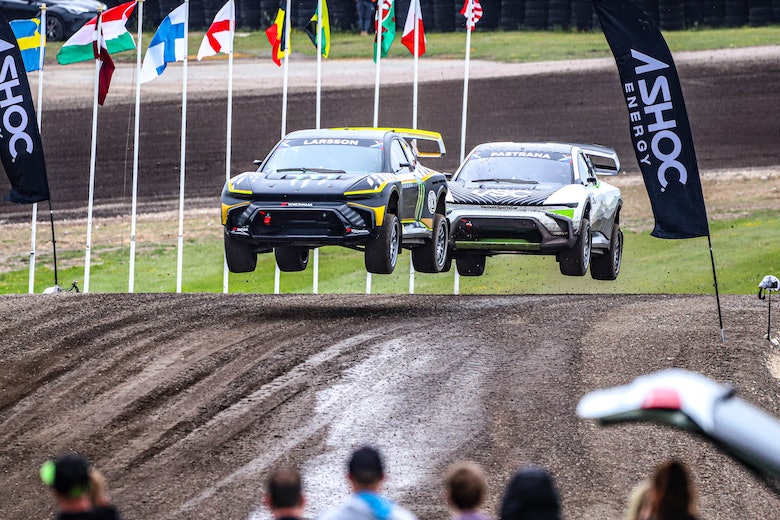 “You can’t see much behind, I saw that there was some barriers and white stuff, there was trash so I suppose it [the crash] was happening, but I saw that Bakkerud was behind me for the first two laps then we did the joker pretty early to get that done with, and yeah, just tried to not do any mistakes.

“I did a few mistakes on lap one and two with Bakkerud behind me, but it worked out.”

With reigning European champion and team-mate Bakkerud behind him, the top two were formation flying up front. There was no team orders, but definite respect between the two veterans.

“I know Bakkerud won’t divebomb me in a stupid way or something like that. I didn’t know his speed, it felt like I made mistakes so maybe he was faster when he got clean air. 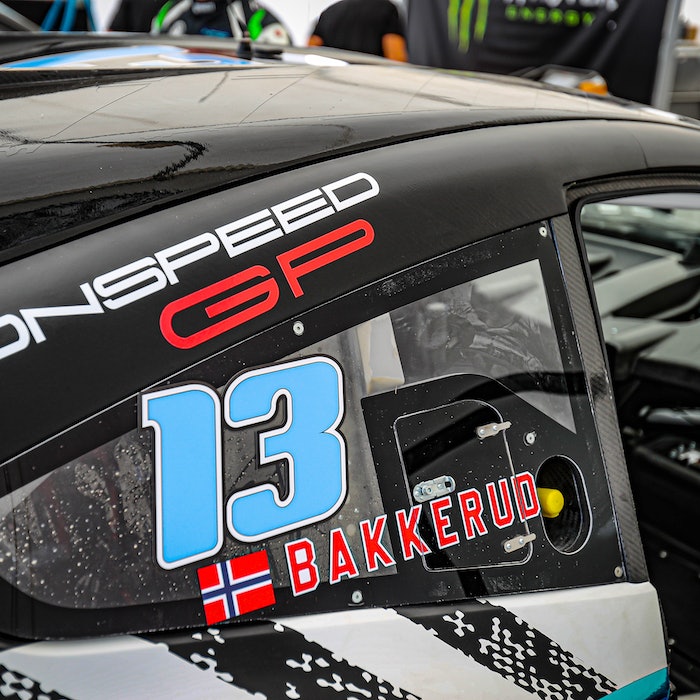 WHY BAKKERUD HAS PICKED NITRO OVER EVERYTHING ELSE

He doesn't see Nitro as another RX series, but as something different entirely

“So that was the only thing. If he beat me on speed, fine. But it worked, I wasn’t nervous, I could relax a little bit to have him behind me. If it was Travis or some other guy from another team, it could happen a lot, especially in the first corner, I think he was pretty close on the inside. But we’re not going to do any stupid things.”

It might seem then that the redemption story is complete. Disappointment time and again last year, to sheer dominance in the first race of this season, but Larsson isn’t getting ahead of himself just yet.

“It was really nice to get a win in this competitive field and it will be even stronger during the season and of course through to next season,” he said.

“I felt that me and Bakkerud have easily been there the whole weekend, we haven’t been overdriving or doing any stupid mistakes, so that’s a really nice feeling to just be comfortable and control more or less every race we had. So, [it was a] strong start for the team.”