There’s a certain gravitas that comes with the ‘World Championship’ label. Those two words instantly catapult a particular sporting contest to the top of whatever pyramid it’s a part of.

Or do they? Because rallycross’ so-called ‘World Championship’ is pitiful right now.

The season finally got underway – after multiple delays – last weekend, with an underwhelming eight cars taking to the Lånkebanen circuit in Hell, Norway. And while the racing was decent enough, as it always is in rallycross, a tiny grid size and a calendar comprising events in a single continent really isn’t befitting of a World Championship.

A headline-grabbing grid of 14 cars was initially promised for the opening World RX race, and ultimately just over half that showed up – one of those not even being a full-season commitment. Not wanting to look at this with rose-tinted spectacles, the comparable Nitro Rallycross series only mustered 10 for its own opening round, but it did at least make it to double figures, and it expanded further for its second round.

Big grids or not though, my biggest bone to pick isn’t how many cars there were, but the cars themselves.

World Rallycross’ move to an all-electric formula has been a long time coming. First mooted in 2016, the exact make-up of what rallycross’ electric formula would be has undergone several revisions since then, with the series eventually settling on an uninspiring cocktail of a spec pre-prepared electric drivetrain that, for the most part, was retrofitted into existing vehicles developed for the old Supercar (later RX1) ruleset.

Meanwhile Nitro RX – a series that didn’t even exist two years ago – has designed, developed, and produced a fleet of cars from the ground up that are not only more powerful, but quicker too.

And despite the naysayers in internet comment sections prior to that car’s debut, it’s been largely well received in the two events it’s contested so far.

Of course, one would never expect or want an FIA-sanctioned World Championship to go down the total one-make route (although the drivetrain is now uniform in World RX), it does beg the question as to why World RX didn’t use this opportunity to turn the drama levels up to 11 when it comes to the cars.

The vast majority of rallycross fans didn’t want the electric switch, even if the teams and (now departed) manufacturers did. So in order to win them over, something drastic was surely needed, not something that visually resembles the flame-spitting cars everyone’s both used to and still pining for.

Costs would be an easy argument to make, but at a reported €300,000 for the electric drivetrain kit and €100,000 for four years of technical support, World RX isn’t exactly cheap. You’ll notice that the actual car, four wheels, suspension, brakes, ‘n’ all, wasn’t included in those figures, either. 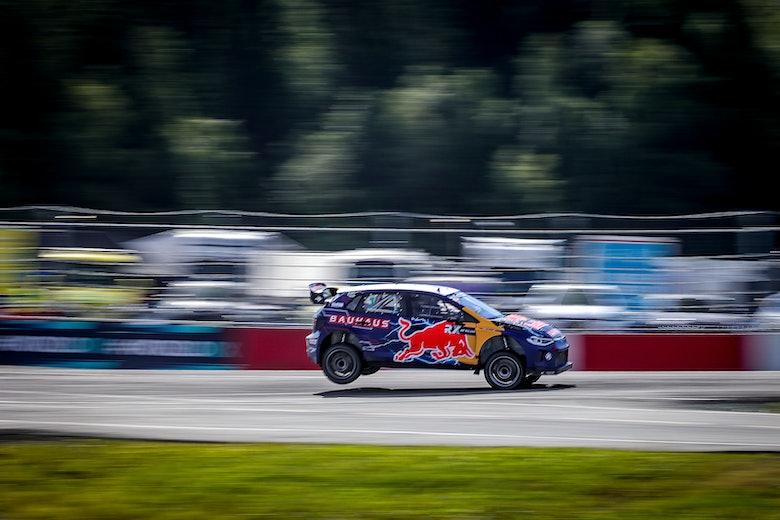 Credit where it’s due though, the new electric World RX cars were largely reliable, which is always impressive for new technology being used in anger for the first time.

The next gripe is the calendar. The FIA’s own sporting code states that a series “must take place on at least three continents” to be considered a World Championship. The 2022 World RX schedule takes place just in Europe. It’s a ‘World’ championship in name only.

In 2020 and 2021 the COVID excuse was more than acceptable, but with the world largely back to normal, and the FIA’s other top-tier series (Formula 1, the World Rally Championship, the World Endurance Championship, and Formula E), not to mention the non-FIA Nitro RX series and even Extreme E all managing to stage credible multi-continental championships, it leaves many a head to be scratched.

I’m a massive proponent of electric motorsport. I don’t see it as a replacement for combustion, personally, but rather an additional string to motorsport’s bow. Of all the existing combustion-engined motorsports, rallycross is the perfect fit for EVs.

But if we’re to be force-fed existing categories being re-dressed as electric-only contests, they need to be more than a half-baked box checking exercise. They need to be something more than a watered down redressing of what we had before.

When World Rallycross gained a new promoter and underwent a major overhaul at the start of 2021, the series was in the perfect position for regeneration and reinvention. Instead, a year-and-a-half in, we’ve got underwhelming and uninspiring cars, a lacklustre entry list, and an unambitious calendar to boot.

World Rallycross has missed a massive opportunity here, but despite that, I’m not going to write it off completely. At least not yet.

How Rovanperä can clinch the title in Ypres