Johan Kristoffersson believes more time spent in circuit racing and rallying last year has made him an even better driver than during his dominant run to the 2018 World Rallycross title.

Volkswagen withdrew from World RX following Kristoffersson’s second title, in which he won 11 out of 12 rounds, and being without a drive led to him moving to the World Touring Car Cup (WTCR) to race for Sébastien Loeb Racing in a Volkswagen Golf GTI.

Though not new to touring cars, having won two Scandinavian titles in 2012 and 2018, Kristoffersson’s results improved significantly as the season progressed, winning three races and climbing to fifth in the final standings.

His rallying exploits also became more frequent in 2019, taking second in the Swedish rally championship and a trio of class podiums in his last three World Rally Championship events.

“Last year in the WTCR for sure I learned a lot of new things, and I’ve been driving much more rally than I’ve ever done before,” said Kristoffersson.

“I’m pretty sure that I’m a more complete and better driver now than I was in 2017 and ’18, so I’m looking forward to this season and this is a little bit of a head start before we join the World RX.”

While WTCR has helped to round out his skillset with more asphalt driving, Kristoffersson explained he was inspired to take up rally driving by Petter Solberg, who he felt had been able to use his expertise as a rally champion in areas like the joker lap.

“When I started with rally it was because of [improving my speed in] the joker lap and being fast straight away, using a little bit [of] driving technique when you face conditions like that.

“I think that really helped and then definitely I learned massively about chassis, setup and stuff from working with Volkswagen, PSRX and Petter as a team-mate for two years. That definitely helped a lot.”

Kristoffersson laid down a marker for the field in Tuesday’s first practice session for RallyX Nordic’s Magic Weekend – which was restricted to four laps per driver – by going fastest in the Supercar class, 0.036 seconds ahead of JC Raceteknik’s Robin Larsson.

Though he’ll be using a 2018 Polo R built by Volkswagen Motorsport in Hannover for World RX this season, he’s in an older Marklund Motorsport-built Polo run by the family Kristoffersson Motorsport team for Magic Weekend.

“Using our home-built car which we have been updating a little bit from some experience I’ve learned in ’17 and ’18, yeah, I’d say I’m pretty satisfied with the first couple of laps here in Höljes.”

Niclas Grönholm, racing for his family GRX outfit, went third quickest in practice and was 0.15s off Kristoffersson’s benchmark time.

Returning 2018 RallyX Nordic champion Oliver Solberg was 0.3s off the pace in fourth, with Thomas Bryntesson completing the top five in his Polo.

Hyundai WRC star Thierry Neuville was 26th fastest in CrossCar and Timmy Hansen was the slowest driver of those to complete a flying lap, having been one of the first drivers on a green track. LifeLive Nordic’s third driver Kobe Pauwels only managed one lap as he rolled his vehicle over. 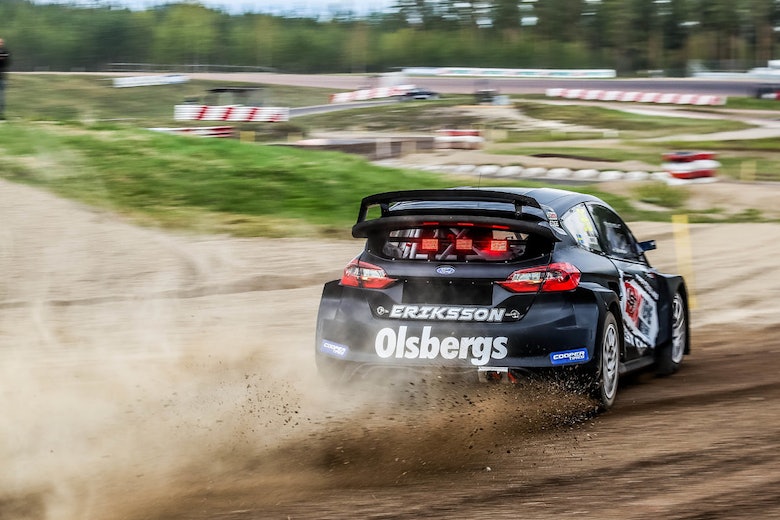 What we’re looking forward to most at Magic Weekend 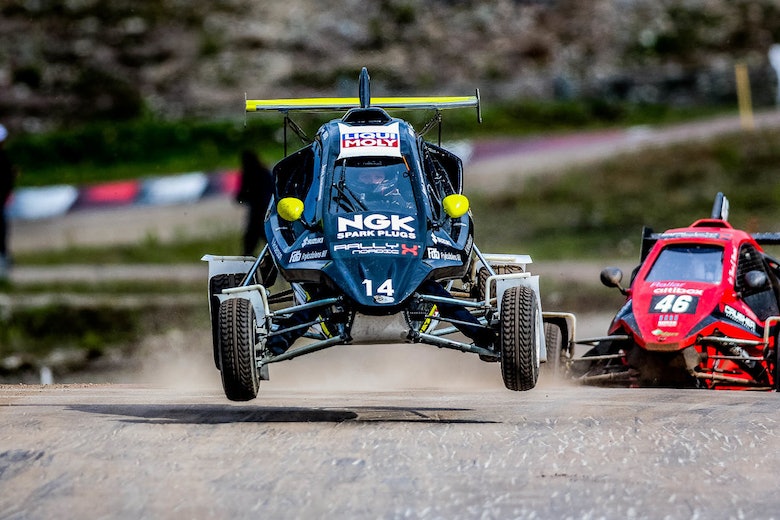 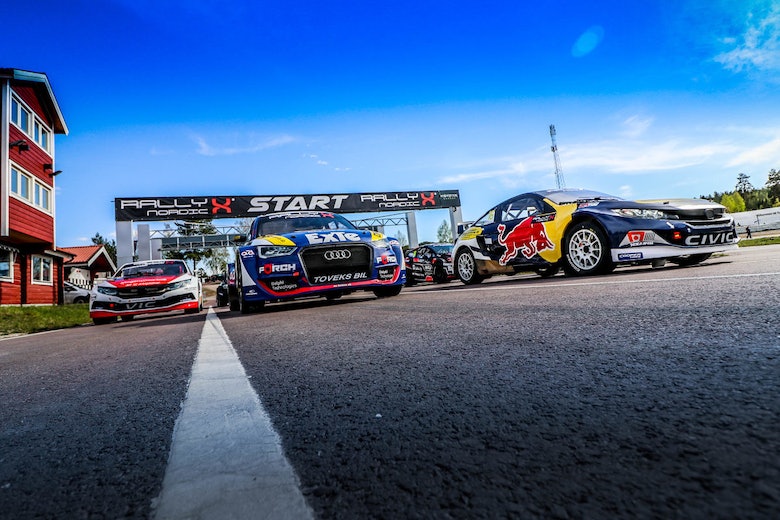