There’s nothing unusual about ARA National champion-in-waiting Barry McKenna heading up an entry list. Nor is there anything uncommon in McKenna facing stiff competition from the likes of Piotr Fetela or Joseph Burke. But never before has McKenna waded into battle on a rally he organized himself. That’s new.

That last statement might be a slightly deviated version of the truth, but not in the way you’re probably suspecting. McKenna and his team really have organized a rally but no, McKenna won’t be wading into battle. He’s set to take the Matthew Wilson approach; running and potentially winning his own rally on the road (M-Sport Return to Rally Stages) but not handing in his timecards.

As event organizer Martin Brady rather topically puts it to DirtFish, McKenna is set to “self-quarantine himself from the final results.”

But what results are we talking about? In journalism school, you’re taught about the 5 W’s – who, what, when, where, why – so let it be this writer’s job – with the help of Brady – to apply this method and explain more about the latest round of the 2020 ARA Regional schedule.

Let’s start with the what. The New York Forest Rally is the name of America’s latest all-new rally – using forest roads on Ten Mile River Scout Camp upstate from NYC. These aren’t totally new to rallying though, having previously been used on the Empire State Performance Rally (ESPR).

The when? Saturday October 17 – two weeks after the Show-Me Rally. That’s the date for the event.

Where? As mentioned above, the state of New York will be home to the sound of the anti-lag and the who; that’s McKenna Motorsport and a clan of Irish lads keen to make a difference.

The most important question to answer is the why? And not just why McKenna and his team are organizing a rally, but perhaps more pertinently, why is a brand-new rally even being organized at all?

Over to Brady, who explains just what an impressive effort this has been.

“When Lake Superior Rally (LSPR) was canceled [last month], it was something we didn’t expect as Lake Superior is in a remote area and was probably a rally that [we expected] was going to go ahead,” Brady, who will co-drive Seamus Burke’s Ford Escort Mk2 on the event, tells DirtFish.

“That turned things, I won’t say upside down, but it moved the goalposts for Barry and the championship in that it was one less scoring opportunity for him and for obviously everybody else.

“So I obviously got that email and rang Barry straightaway, and we discussed that. And just a few hours later, Barry called me and said I wonder, what about running an alternative rally on that date? I thought hmm OK maybe, maybe not, I don’t know, what have you in mind? He then discussed it.

“Barry spoke to the staff of the forest and discussed the possibility of using some of the equipment he had at his disposal through his business to improve the stages in the forest and do some maintenance on the roads, and would it be possible to run a rally there? We were in a position where they were very, very receptive and all of a sudden the idea just began to snowball very quickly.

“Barry’s very determined and very good in business and very resourceful. When he gets an idea and wants to run with it, it’ll happen quickly, so it wasn’t a surprise things happened quickly but they did.

“The next phone call was to ARA, they were also very receptive, Brady adds.

“Normally initial sanctions and things for rallies have to be in 180 days beforehand. There is a procedure and a process you have to go through particularly for a rally that’s brand new and has never run before. It’s [2020], a year that’s very, very different [and] Doug Shepherd [series manager] and all the guys, they were very, very helpful; jumped through hoops and helped us get paperwork and applications and things in very, very quickly.”

Just how quickly it was all done boggles the mind though. From the point of discussing the concept, to the entries opening on September 17, was a little over three weeks.

Three weeks to organize a rally.

“When I finished competing on the Ojibwe [Forests] Rally [August 28-29] and came back to Ireland, it was pretty much constant work from there to get all that stuff done in a week – things that would normally take three months,” Brady says.

“There were a lot of people working very hard and a lot of gigabytes of emails going back and forward and day and night phone calls but we made it all happen and looking back on it now, it’s been brilliant the way it has come together so quickly.

“Everybody wanted it to happen and everybody was pulling in the same direction. Sean Hassett who does the PR stuff for Craig Breen, he’s been helping me here in Ireland with stuff. Leon [Jordan, McKenna’s co-driver] is obviously there on the ground sorting stuff and I’m at my desk here at home in Ireland sort of at mission control, putting everything together. It’s remote working at its finest I suppose, we’re making it happen and it’s good to go.

“When the news [of the rally] became public, we’ve had so many helpful emails from other organizers, people who ran rallies to say ‘look we want to give you a hand, we want to help’ and we have great help and advice and great resources there to tap into.

“For me, I’ve just done it with the attitude and the experience of how I would want to see a rally run from a co-drivers’ point of view, the information you need to put in, and Sean is obviously a co-driver too so we look at it from a competitor’s point of view.

“I don’t want to insult anyone and say it’s a fresher perspective and it’s better than anyone else’s but it’s slightly different to what the US competitors have seen on other rallies. We’ve just put it in a different language, we’ve put it in our own language and both Sean and I have experience organizing in the background the Galway International and the Galway Summer Rally. People tend to like what we’ve done so far.

“There’s no substitute for experience. Every rally you learn something new. To be able to be involved in a rally and being able to put those little touches in it is actually a fairly satisfying and enjoyable thing.”

The New York Forest Rally comprises 40 stage miles across eight stages in two locations which will be reversed later in the day. A lot of work has been done to them since they were last used on a rally to make the roads wider and cut down the foliage that had overgrown.

“I don’t think they’ll look familiar to people, they’ll have a different twist and a different feeling,” Brady explains.

“They’re certainly going to be wider and faster than they have been in the past. Put it this way: if you had notes from a previous running of the event, they’re not going to translate to the stage conditions this year so it’s going to be significantly different.”

And don’t make the mistakes of thinking the New York Forest Rally is just a flash in the pan. Yes, it has been born out of COVID-19 as a need to plug a gap in a diminished calendar, but plans are already afoot for 2021.

Brady: “We’ve achieved so much in three weeks to go from zero to a fully formed rally [and] Barry’s already thinking and looking ahead to maybe next year.

“Before the rally’s even started, he’s already looking at improvements that you could do and run a bigger and better rally next year. That’s one thing that’s been discussed but that’s just how Barry is, he goes from one thing to the other, [he’s] very motivated.

“He’s not approaching running a rally any different to competing in a rally, no stone unturned kind of thing.”

Based on that appraisal alone, the New York Forest Rally isn’t going to be one to miss. 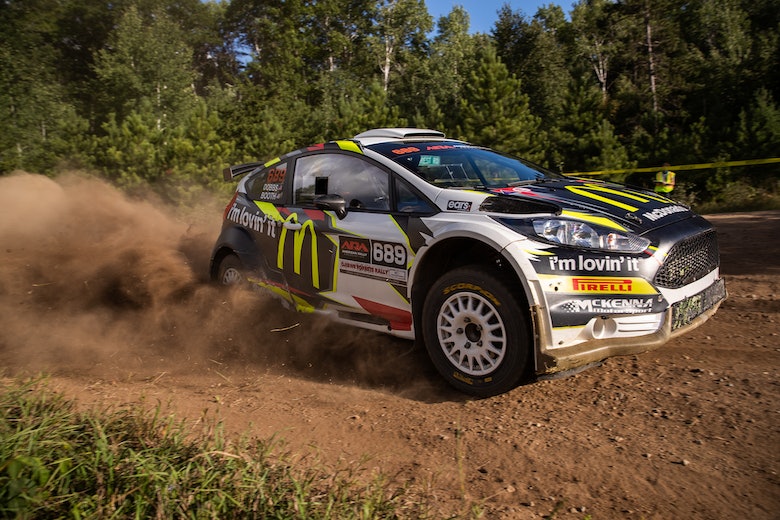 New York Rally added to ARA thanks to McKenna efforts 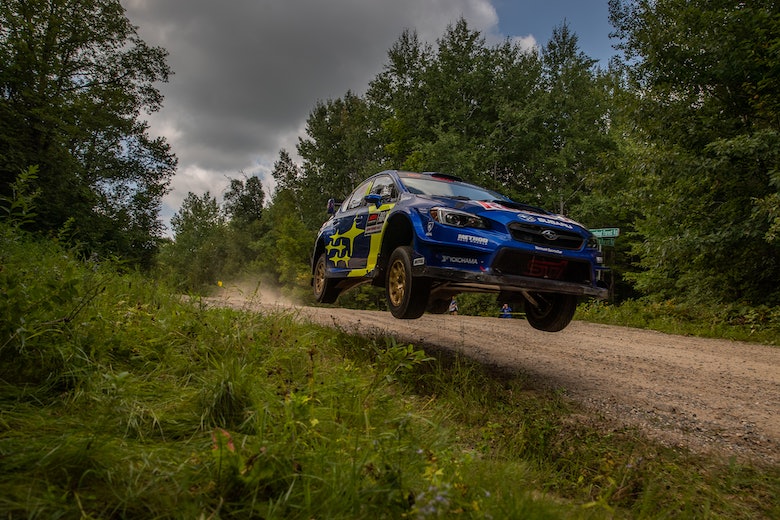 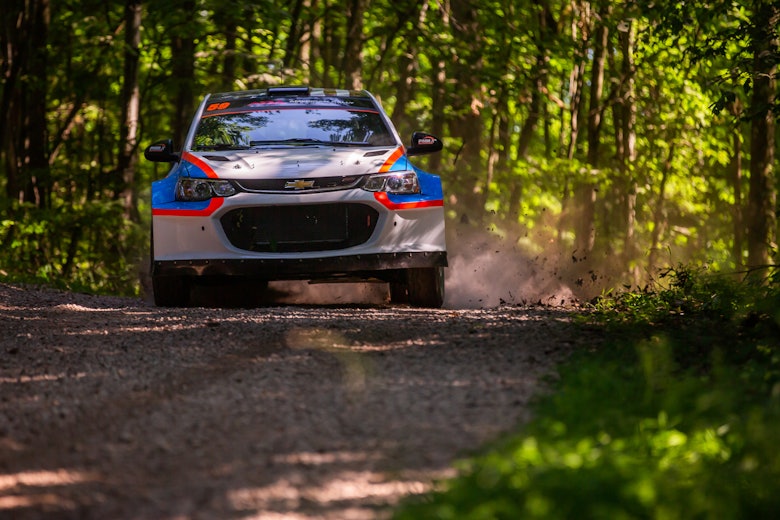 The vision a co-driver has set for US rallying 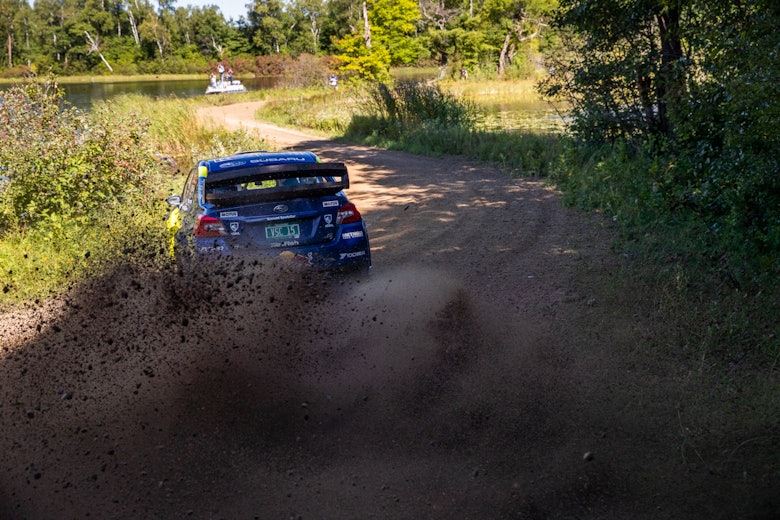