Didier Auriol, the 1994 World Rally Champion, is making a surprise comeback to the Race of Champions showcase event this weekend as a late entry, competing as Sébastien Loeb’s team-mate in the French lineup.

No team-mate for Loeb had been announced in the lead-up to the event, with Auriol’s participation only confirmed on Tuesday – the day of the shootout brackets draw.

Auriol currently holds the record for most individual titles at the Race of Champions, collecting four wins during the 1990s, when the event was held on the Spanish island of Gran Canaria.

“It’s very nice to compete in this race. It was incredible for me you know – I don’t drive anymore and to participate in Race of Champions, to be the copilot of Mr Loeb, will be very nice,” Auriol told DirtFish.

Loeb is one Race of Champions win away from equaling Auriol’s record tally but Auriol has no expectation of holding onto his record with his late appearance, instead hoping to help his nine-time world champion compatriot secure a Nations Cup success.

“No, it’s the opposite, I want to be here for this event and for Mr Loeb!” Auriol quipped when asked if he was hoping to keep the record for himself.

“OK, seriously, I don’t believe I can fight for the victory but anyway, we try. The more chance is for Loeb to win the fourth title. I’m very happy if I am here, it would be very nice to have two French drivers in the top.”

“We’ll see what happens after I drive the car. If I have a good feeling I’ll do my best. I don’t drive very often and don’t fight like a young driver, world champion, you know. I see these nice Finnish drivers, very young and fighting every week, so it will be very complicated. But we will try!” 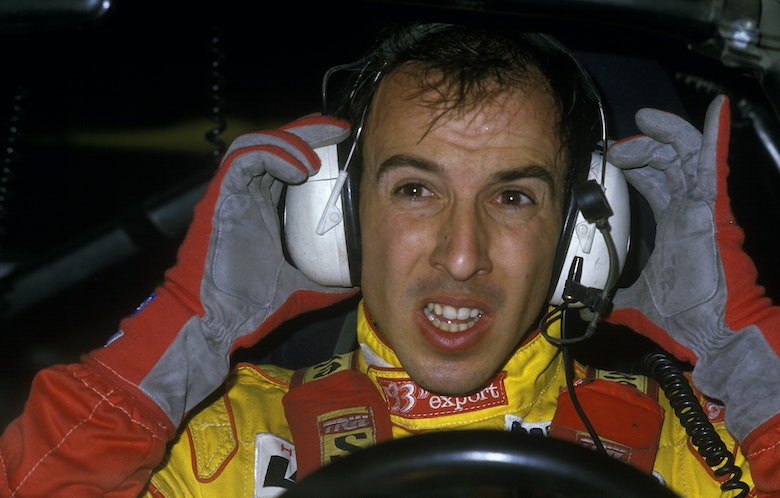 How it started: Didier Auriol

This year’s bracket system has been structured so that rally drivers are on the same side of the draw in the individual contest, so Auriol’s final-eight race will be against World Rallycross title winner Mattias Ekström.

A classic early 2000s World Rally Championship title fight will also be reignited, as Loeb will face off against 2003 champion Petter Solberg.

Hyundai factory driver Oliver Solberg will face off against 2019 Race of Champions winner Benito Guerra, who has been a regular WRC2 competitor in past years.

There will also be a rematch of last year’s World RX finale, as four-time champion Johan Kristoffersson is up against Timmy Hansen.