France has more World Rally Championship titles than any other nation thanks to its two Sébastiens, Loeb and Ogier. It has an enviable structure for identifying and promoting junior talent, Rally Jeunes, which has become the template for the FIA’s recently introduced Rally Star program.

But it wasn’t always that way. France’s first champion didn’t benefit from a talent identification system built by the FFSA. He came along too early for that. Didier Auriol did it the old-fashioned way – through hard graft.

It took Auriol a decade of rising through the ranks to get his big break. But in 1988, it finally came. Oddly for a Frenchman, his breakthrough came not on the narrow, twisty lanes of Corsica, but Finland’s fast and sweeping gravel roads.

“At this time, Lancia was the best factory team in the world. To drive a Lancia was every driver’s dream,” recounts Auriol. “It was after 1000 Lakes. The big boss of Lancia [Cesare Fiorio] just gave me his number and said ‘please call me’. For me it was, poof, incredible!” 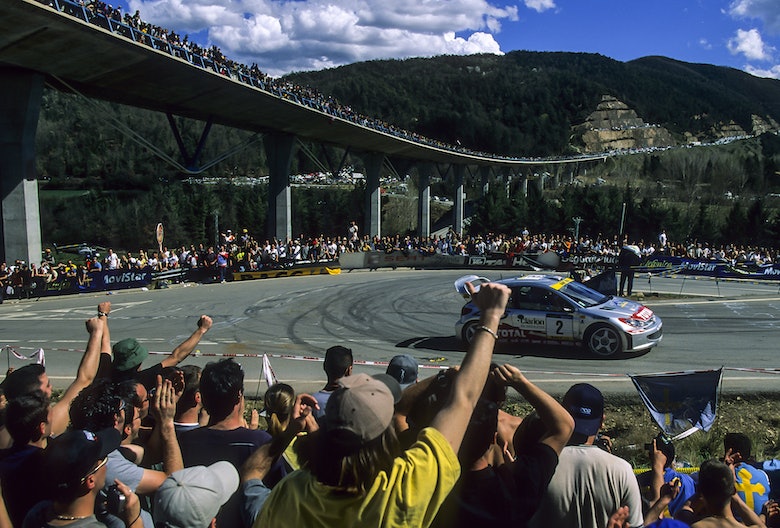 Auriol tells DirtFish the story of his final WRC victory

Auriol had just finished on the podium with a two-wheel-drive Ford Sierra RS Cosworth, defeated only by the factory Lancia Delta Integrales. He’d beaten Timo Salonen’s four-wheel-drive Mazda 323 and his more esteemed Ford team-mate Stig Blomqvist, the 1984 world champion. And this after he’d already humbled the works Lancias in Corsica that year, winning with the Sierra by several minutes over Yves Loubet and Bruno Saby.

The scale of opportunity the Lancia seat offered was not lost on Auriol. But rewind a decade and the thought of being a world champion in rallying was nowhere on his radar.

It was a modest road-going Simca 1301 that changed everything.

“I started in rallying because when I got my driving license, I got in my first car, the car my father had, and straight away I enjoyed driving,” explains Auriol. “I knew absolutely nothing about rally but I still enjoyed driving and playing with the car. I still hadn’t made any racetracks before, nothing, just straight in the car, sideways and fun!”

His father’s Simca was one half of the inspiration for Auriol to go fast. The other half was the Critérium des Cévennes, which he went to spectate not long after he’d started throwing the 1301 around.

“I spent the night as a spectator for the first time in my life and analyzed the driving styles of all the drivers. At this time you had French drivers like Jean-Claude Andruet and Bernard Darniche, so it was the best drivers in France and Europe [competing]. I analyzed the style of driving of these drivers in the morning and I thought ‘Oh, you can do the same! It’s not so complicated’. OK, one day I must be world champion.

“I imagine if I am this driver, I say ‘OK, I can do the same, I can brake late like him, I can take the corner faster, it’s no problem!’

“Really, it’s true! That’s the story. And that was the first and last time I was a spectator. Next time, I was in the rally car.” 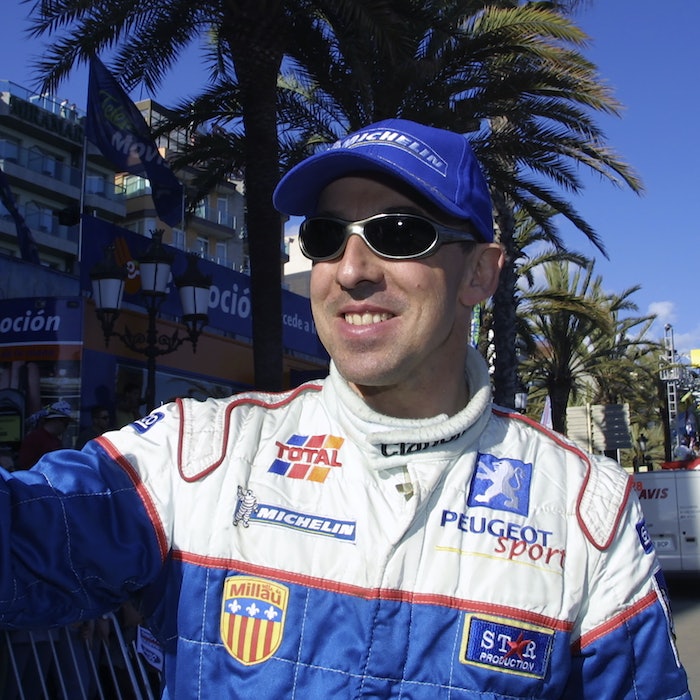 Of course, I want to do my first rally immediately! So I didn't check the car, I went straight to the first rally Didier Auriol on his next car

Calling his first competition vehicle a ‘rally car’ might be a bit of a stretch, by Auriol’s own admission. A standard road-going Simca 1000 Rallye II was his weapon of choice for his first ever ventures into rallying, though it didn’t last long – he craved more power to go faster.

“I understood immediately the car did not have enough performance because it was a really standard car. So I bought an Opel [Kadett] GTE and this car, it was not a good idea because the engine was very bad and the car was completely…”

Auriol pauses, almost as if he wants to avoid insulting his old steed despite its deficiencies.

The Kadett didn’t last long, with Auriol on the hunt for more gusto yet again. The problem? He was still an amateur driver with no sponsors. Money is power, as they say, and in that sense, his wallet was severely lacking gusto needed to procure a car with more oomph.

“I looked in the newspaper at what cars I could buy that had power. That was more important. If you have power, you can set good times. So I found a car and called the man [selling it]; it was in the middle of France, a garage in Saint-Étienne. I called the guy and he said: ’Don’t look at the bodyshell because the paint is terrible, but I promise you the mechanicals are very good.’”

Auriol took the seller at his word. A more experienced driver might have brought the car back to the garage, given everything a once-over and done a full re-prep ahead of hitting the stages.

Auriol did not do that. Youthful exuberance meant he wanted to play with his newly acquired toy without delay.

“Of course, I want to do my first rally immediately! So I didn’t check the car, I went straight to the first rally. 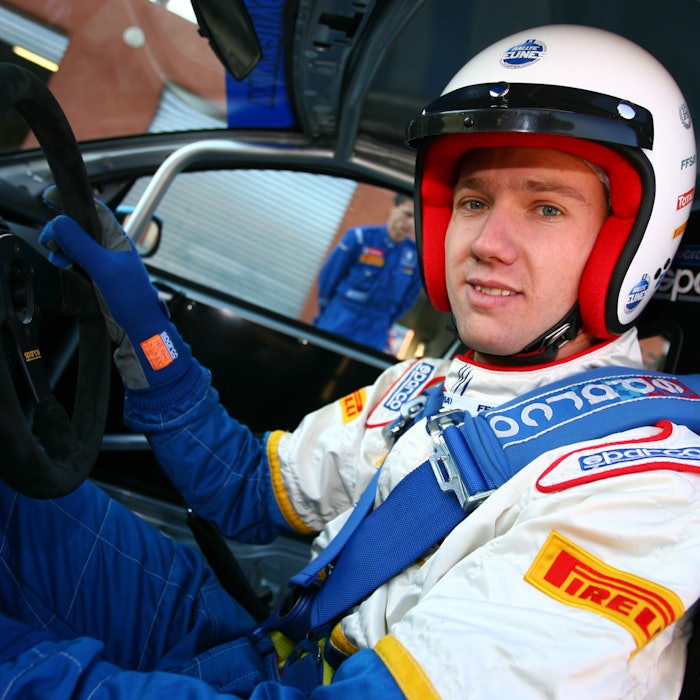 The €20 ticket to be a WRC champion

Rallye Jeunes wasn't available to Auriol, but it has already helped launch Ogier and Loeb's careers as well as that of Adrien Fourmaux

“In the first stage I was something like 120th behind [in seeding]; nobody knows who I am. The car was…oof, good power for me at this time. And we did the best time. Then we went off in the second stage with a mechanical problem because the car was not serviced and everything. But OK, I did the best time! There was some Porsche, some very big cars, and I was faster, so very good! But after that the car was a little bit destroyed.”

Luckily for him, his first sponsor came on board soon after, allowing Auriol to get the car fixed. His performances were eye-catching, not only from usurping Porsche 911s in his smaller Escort RS 2000, but from the Ford’s livery – salmon pink!

Three years in various flavors of Renault 5 followed, ascending gradually from the French second division to the main championship, and making his WRC debut on Rally Corsica in 1984.

Auriol’s 1985 season had been promising but difficult, accruing two podiums and five retirements. But it was far from the end of the road – he’d established himself as one of the fastest drivers in the national championship. And he’d picked up an even bigger sponsor along the way.

It was time for a run at the French title. And for that, he’d need some factory backing.

“I say ‘hey, no, because there is no media value if you win the French championship on gravel’. So I wanted to do Tarmac. But they say no, we have another driver, François Chatriot. That was the official driver of Renault Sport at this time in France. And they say ‘No, if you don’t want [to drive the gravel series], we don’t give you anything; no money, nothing for you.’ 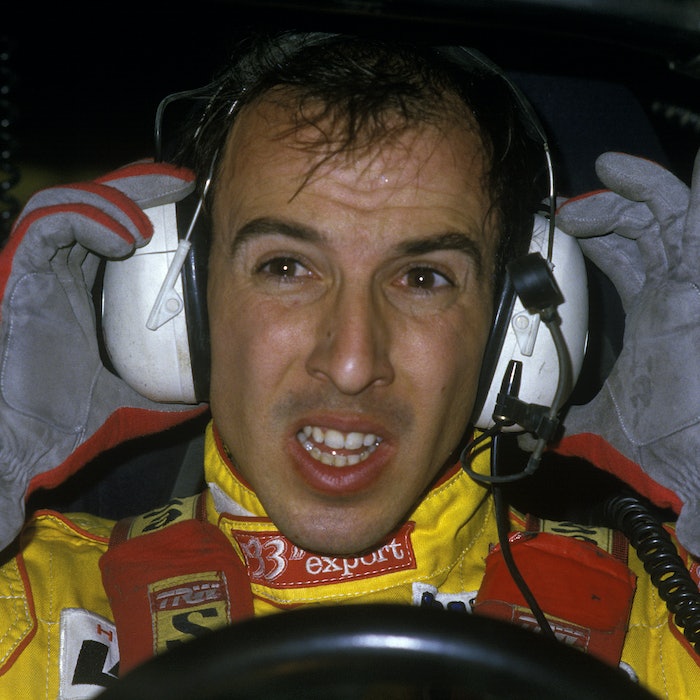 I sat in the car and thought 'Hey, this is a rally car!' Didier Auriol on his Plan B

Auriol and his recently acquired sponsor, 33 Export, needed a Plan B. The natives had turned them down, so they turned to an export of their own. A British export.

“This sponsor said ‘Didier, OK, if you don’t drive the Renault 5 what car can we find?’ I didn’t know, but then this Metro 6R4 Group B arrived. So I managed to partner with Austin France and to have the R.E.D team in England to build and prepare my car for the French championship.”

That decision looked like it would backfire early on. His first two events ended in mechanical failures but, worse still, Auriol felt the car was simply too slow and uncompetitive even when it wasn’t breaking down.

“After the first [rally], I was absolutely not happy with the Metro 6R4. It was not a rally car, impossible to fight with the Renault 5s. I put a lot of pressure on my sponsor, on Austin France, to push R.E.D to get – not a factory car, but close to a factory car.

“That year I was practicing for Corsica with this car and during the practice, I met the factory team, who were testing with Tony Pond. Nobody knew me of course, I was in France and very young, so I stopped to try and meet the engineers and say who I am. I asked ‘can I drive a little bit your test car?’ and the engineer, after I push a lot, they say ‘OK, you can go drive a little bit on the main road’.

“And I sat in the car and thought ‘Hey, this is a rally car! This isn’t the car I have in France!’ So I pushed a lot after to have the same car, and after that I had a very good car. I think on Tarmac I had the best car in the world.”

His updated 6R4 did the business. He won the next five rallies he competed in with the MG, and added another podium to his tally after a brief dalliance with a Mercedes 190E on the Tour de France.

Chatriot in the works Renault 5 had led the championship almost the entire way after Auriol’s disastrous start. It was apt that the tide finally turned on Critérium des Cévennes, the same event which provided the spark for Auriol to start rallying years earlier. He won while Chatriot retired. The championship lead was finally his. 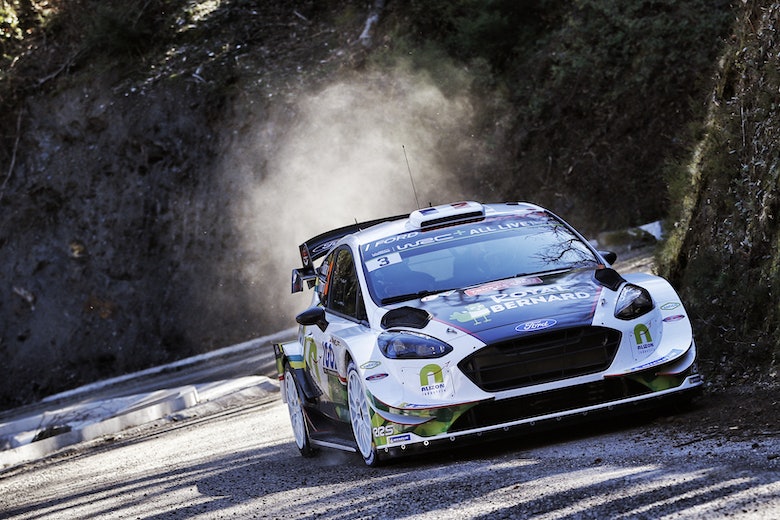 Auriol nearly made WRC comeback at 60 with M-Sport

The cards were stacked in Auriol’s favor heading to the season finale at Rally du Var. But Chatriot pulled a blinder. The factory Renault driver demolished the field to win by nearly five minutes, while Auriol struggled his way to the finish. He could only scrape ninth place.

It was enough – just. The pair finished level on points but Auriol took home the French title, thanks to picking up one more win than his arch-rival.

Winning a first title may have been satisfying. But showing Renault the error of their ways was an even greater reward.

“This was my challenge all the season. They don’t want me? So I win, not Renault Sport!” Auriol quips.

There was no full-time move to the WRC off the back of his first national title but, as he’d done on his way through the ranks in France, Auriol edged closer towards becoming a full-time WRC driver bit-by-bit. Occasional appearances with Ford on the world stage while winning another two domestic titles was putting him firmly on the radar of the bigger works teams.

He’d proven he was a master of sealed surfaces. But what really piqued the works teams’ interest was his pace on gravel – he was no one-dimensional asphalt specialist, but a highly capable all-rounder.

“In Portugal ’87 and ’88 we also started being fast on gravel. We did Sanremo; I made a best time, [I was] in the middle of the Lancias in some stages with a two-wheel-drive [car]!”

It wasn’t until his second season with the Sierra RS Cosworth that he got a full-on factory-spec car. But when he did, he made the most of it.

“The first time I had a factory car I won the race. And [on] 1000 Lakes with the factory car again, we finished third but were very fast behind the two Lancias. We were ahead of Ari Vatanen even though we had two-wheel drive and everything.”

That third place trophy wasn’t the most important prize Auriol won in Finland that year, of course. Cesare Fiorio’s phone number would be the far greater reward.