Race Retro, at Stoneleigh Park, Coventry, in the UK’s midlands, is the place to hear some of the world’s finest historic rally cars clearing their throats after a long winter hidden away. And last weekend’s latest event was no different.

Both cars belong to DirtFish owner Steve Rimmer and are tended by Gwynne’s Brackley-based BGMsport firm.

See the best pictures of the cars in action in the gallery above.

As some of you might be aware, BGMsport’s main business is working with older cars. It’s mainly what we do. That’s how we won the RAC TT Celebration Race at Goodwood Revival with Chris Wilson and André Lotterer sharing an AC Cobra last September.

It’s also how we’ve come to work on some of the world’s finest rally cars from down the generations.

Modern cars? I think the last one I drove was the MG Sport S2000 about 13 years ago.

So the chance to drive the DirtFish Ford Fiesta R5 at last weekend’s Race Retro was one I jumped at. This Fiesta belongs to DirtFish owner Steve Rimmer, and it’s usually driven by his son James.

For those of you who haven’t been to Race Retro, the stage is a fairly tight and twisty asphalt affair which, if the weather stays nice and dry, can offer some decent grip. It didn’t stay dry. Not even close.

That limitation on traction only served to make the Fiesta R5 even more impressive. The chassis, the suspension – so much travel, it’s massive! The brakes, the traction… everything. I was completely blown away by how far cars have come in terms of technology. 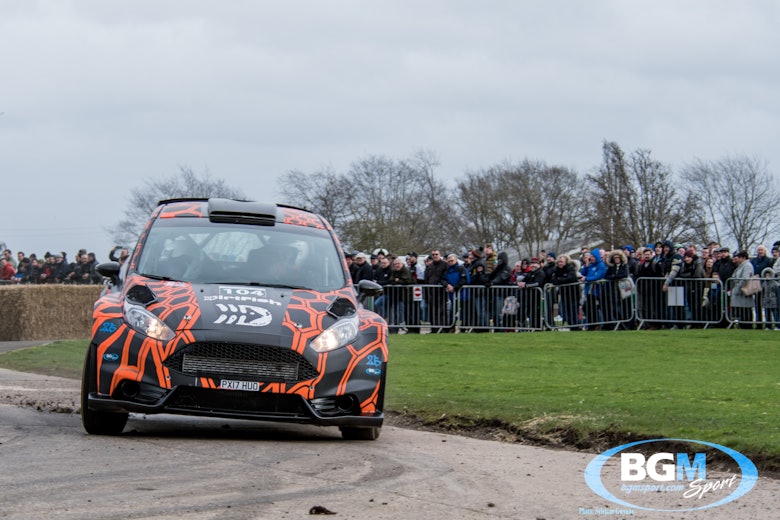 I’ve got to say a huge thanks to Steve and James for letting me driving this car. It was an absolute eye-opener in terms of what modern rally cars are all about.

I’ve worked with Steve for a lot of years now and his enthusiasm for seeing his car collection out, about and getting dirty is so refreshing. It would be so easy for him to just leave these incredible pieces of history under a dustsheet in the temperature-controlled room where they normally live.

But then nobody would get the chance to relive some of rallying’s finest eras. Seeing the reaction to these cars was incredible, it always is.

I’ve been fortunate enough to drive some of Steve’s other cars – the Ford RS200, Colin McRae’s Focus RS WRC or the Subaru Legacy RS he drove in 1992. The reaction is always the same, absolute joy from folk who were there when these cars were at the height of their power. It’s an absolute honor to be able to rekindle some of those memories. 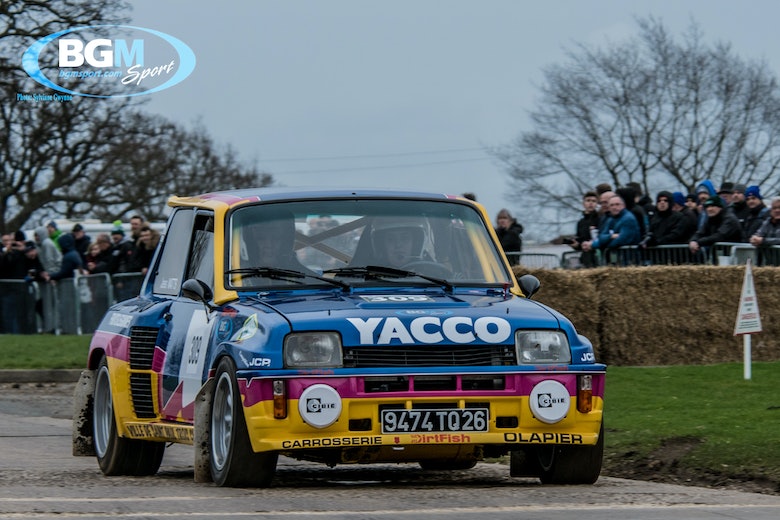 With a competition background in racing and rallycross (although she did win the only rally she competed on – from the co-driver’s seat with Mark Higgins driving the MG S2000!), she’s a very safe pair of hands and the chance to share one of Britain’s biggest and best historic weekends was really special.

The show went well for us, we got a lot of attention for the cars and for DirtFish which is what it’s all about and Jess and I had an absolute ball in the cars.

So, again, a big thanks to Steve.