Craig Breen’s time in the European Rally Championship looks to have come to an end.

Hyundai Motorsport Customer Racing junior driver Jari Huttunen makes his debut aboard the Team MRF Hyundai i20 R5 at this week’s Barum Czech Rally Zlín – a car Breen would have been expected to drive had he been continuing his ERC challenge with the Indian tire firm.

Bringing Huttunen in has fueled further speculation that Breen will be moving on from Hyundai Motorsport.

Breen, who finished second on the last two rounds of the World Rally Championship with the Hyundai i20 Coupe WRC, was unavailable for comment when DirtFish tried to contact him. 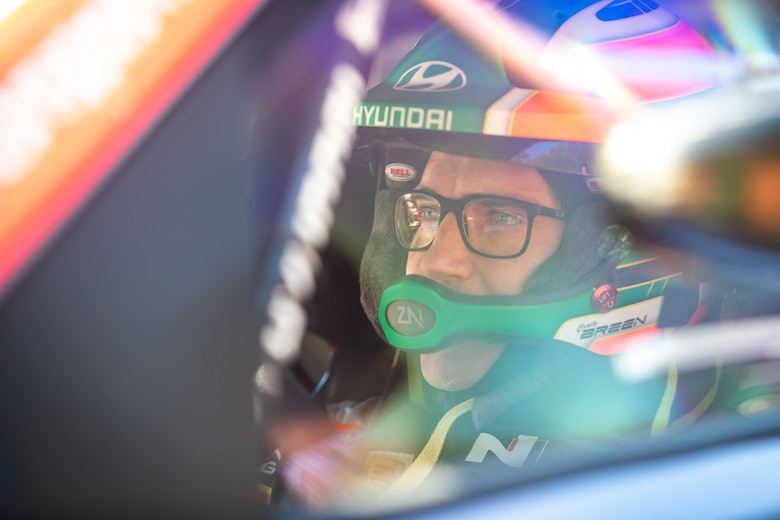 A spokesperson from MRF told DirtFish: “We are using various drivers from the Hyundai [driver] pool to test and develop our tires in ERC.

“It’s always better to get feedback from various talented drivers and we have the liberty to use Hyundai Motorsport’s team talents.”

Asked directly if Breen would be back in an MRF-liveried i20, the spokesperson added: “It all depends on the MRF technical team’s advice.

“We are using Paolo Andreucci, Simone Campedelli and Tamara [Molinaro] in Italy on gravel and we are using Emil Lindholm in Finland and [in the] same way we’re using various drivers at various stages and events to develop the tires.

“As far as MRF is concerned, the prime objective is to develop the tires irrespective of who the drivers are.”

Breen has contested eight ERC rounds in the last two seasons as part of MRF’s push to develop a full range of tires. His second place at Rally Liepāja earlier this season was his best result on tires reckoned to be very much in the development stage.