Mikkelsen didn’t even have to compete on Rally Spain to become WRC2 champion last week, as nearest rival Mads Østberg couldn’t score enough points to keep that battle rolling to the Monza finale.

He has a relatively clear run at the ERC crown too, holding a 71-point lead over nearest rival Miko Marczyk and 74 over Efrén Llarena.

But Mikkelsen – winner of the last two ERC rounds – isn’t having an easy run in Hungary.

Third early on, he thought it was “game over” for his whole rally when his Toksport Škoda lost power on the day’s second stage.

The problem was traced to a broken wire and he minimized the time loss between there and service, only falling to seventh.

“We had some issues with the wastegate, there was a wire broken,” Mikkelsen explained.

“Why it happened I’m not sure but basically there was less power and I’m happy it was not more serious and we could continue.

“We have good engineers who sent us good videos so we knew what to look for but left completely alone I’m not sure if we’d know what to do to fix it.

“We will continue push hard but we have to think about the championship so we need to find a good mix.” 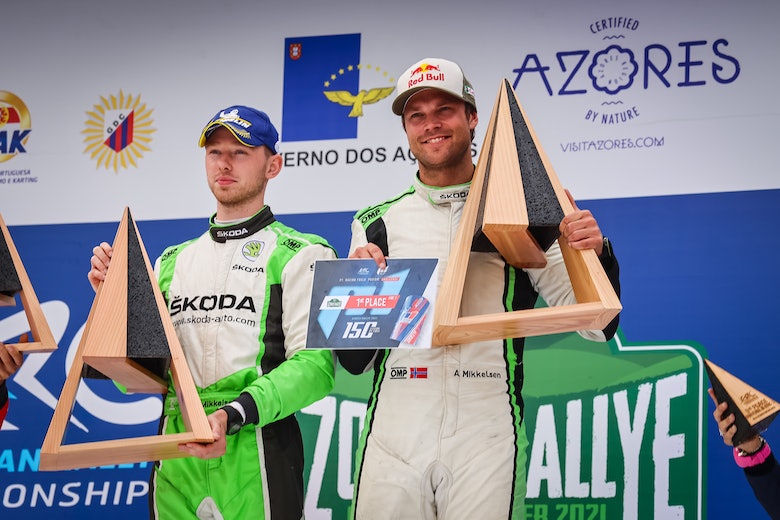 Is Mikkelsen being unfairly overlooked?

A rapid start to the afternoon loop quickly thrust Mikkelsen back up to third, but he then suffered a damaging puncture on the day’s final stage and was sent back to seventh again. That meant he didn’t get the day one position bonus points that might have sealed the title early.

He’s 1m27.7s from rally-leading Volkswagen driver Nikolay Gryazin and has title rivals Marczyk and Llarena just ahead of him in fifth and sixth.

Gryazin leads the rally into Sunday by 25.8s over top local runner Norbert Herczig after main rival Erik Cais had a puncture just after briefly taking over first place during the afternoon.

In his first ERC appearance this year, Østberg has recovered from a high-speed spin to run third ahead of Andras Hadik.

How it Started: Kevin Hansen