A close battle for the lead between Mikkelsen and title leader Alexey Lukyanuk was over by Saturday afternoon, when Lukyanuk checked in five minutes too early for a time control and was levied a five-minute penalty.

Craig Breen was left as his only serious competition for the win but a cautious approach by the Team MRF driver to bank a podium finish allowed Mikkelsen to build his gap up to 30s.

That lead became over a minute-and-a-half when Breen’s engine died on the morning pass of Kőkapu, costing Breen an easy second place and allowing Mikkelsen a clear path to victory.

“I’m undefeated in 2020!” quipped Mikkelsen at the finish line.

“The last couple of years on Tarmac has been really difficult for me.

“I think people maybe thought I couldn’t drive [fast] on Tarmac anymore, so it was nice to come here and show people we’ve still got it.”

A disappointed Breen had hoped simply to cling on to his second place, but the terminal engine failure scuppered his hopes.

“There was little warning, but not so much,” explained Breen following his retirement.

“And I think by the time the warning came, the damage is already done.

“There was not a whole lot more that we do to be honest.

“The engine was completely broken, seized, so there is not much more we could do to continue either.”

Hyundai junior Grégoire Munster scored a career-best second place but also clinched a vital win in the ERC1 Junior class, moving him one point ahead of Oliver Solberg in the class title race.

Munster took advantage of two punctures for Solberg to take the class lead on Saturday afternoon and move into third overall, which became second after Breen’s retirement.

With no cars within reach ahead of behind, Munster backed off, though nearly lost the opportunity to usurp Solberg in the Junior title race by doing so.

With leg points on offer for the five fastest drivers on Sunday, Solberg pushed flat out and scored the maximum five bonus points in ERC1 Junior, while the cautious Munster spent much of the day outside of the top five times on Sunday.

But Munster upped the pace and overtook Callum Devine for fifth on the Sunday leaderboard, clinching the extra point needed to take the ERC1 Junior lead from Solberg.

Solberg was on the attack after losing almost two minutes with his pair of Saturday afternoon punctures, rising from ninth to sixth ahead of the final stages.

Ahead, Niki-Mayr Melnhof and Rally Team Spain’s Efrén Llarena were squabbling over fourth place, which became a battle for the final podium place when four-time Hungarian national champion Norbert Herczig suffered a puncture on Telkibánya and lost half a minute.

With two stages to go Solberg was within striking distance, only 4.2s behind Llarena who had moved ahead of Mayr-Melnhof on Erdőbénye.

But Llarena, who had been “doing all the rally at 80%” suddenly upped the pace, utilizing a pair of wet compound tires on the final two stages to find extra grip and resist Solberg’s late charge to secure the final podium place overall.

Solberg’s late push was enough to displace Mayr-Melnhof for fourth place, and he finished 4.5s short of the podium.

“It was a clever move,” Solberg said of Llarena’s tire tactics, congratulating his rival.

While Solberg’s fourth place helped close the gap in the title race, it wasn’t enough to fully take advantage of Lukyanuk’s nightmare rally.

Lukyanuk finished 13th after his five-minute penalty – interestingly, 4m53s behind Mikkelsen at the finish – so scored only eight points, five of which came from being the fastest driver on Sunday’s stages.

But with Solberg having experienced a disastrous round of his own on the previous event, Rally Fafe Montelongo, he is still 26 points behind Lukyanuk in the title race, with 40 on offer at each of the two rallies remaining.

The unlucky Herczig picked up sixth place after his penultimate-stage puncture, finishing ahead of Hyundai junior Devine’s i20 R5.

Devine spent the tail-end of the rally fighting Marijan Griebel for position, initially falling behind the Saintéloc-run Citroën C3 R5 on the Nyíregyháza superspecial.

Griebel’s hopes of winning that fight went awry with a slow time on Telkibánya, handing the place back to Devine and having to settle for eighth at the finish.

A final twist was in store for Griebel though, as the rally stewards docked him 20s for missing a chicane 5.5-miles into the morning pass of Erdőbénye, which cost him a place to Erik Cais.

Cais’ rally was almost over before it began, losing several minutes on stage two on Saturday morning when he slid off the road and dropped to 40th.

Despite the setback, Cais found his groove on Sunday, with only Lukyanuk and Solberg going faster than him over the course of Sunday.

He flew back up the leaderboard to finish ninth – which became eighth after Griebel’s penalty – well clear of a close fight over the last place in the top 10 between Yoann Bonato, András Hadik and Devine’s Motorsport Ireland Rally Academy team-mate Josh McErlean.

McErlean had looked set to take 10th at midday service but a late push from both Hadlik and Bonato – the latter of whom had a Cais-like disastrous start to the rally – demoted him to 12th, with Bonato squeezing past for 10th on the final stage.

As with Griebel, there was another late plot twist for Bonato, as he and co-driver Benjamin Boulloud checked out of final service one minute early and copped a one-minute penalty.

He fell from 10th to 14th, promoting Hadik into the top 10 and also giving Lukyanuk – who was penalized for the same offense a day earlier – an extra point in his quest for a second ERC title.

Ken Torn has put one hand on the ERC3 and ERC3 Junior titles with a third class win of the season, defeating title rival Pep Bassas despite a puncture on the penultimate stage.

Despite Bassas being an asphalt specialist – his one win of the season came on Rally Fafe Montelongo – it was Torn who set the pace throughout, only briefly dipping behind into second place on Saturday when he picked up a puncture on SS5.

That fate then befell Torn again on the Sunday afternoon pass of Telkibánya but with a one-minute lead and only 11s lost, the Ford Fiesta Rally4 driver’s path to victory was unaffected.

Those 11s ended up being important in an entirely different way, as it meant Bassas scored maximum bonus points on Sunday and stopped Torn from mathematically clinching the ERC3 Junior title at the finish line.

He was locked in a close battle with Ola Nore Jr’s Renault Clio RSR Rally5, with Nore closing in throughout the Sunday morning loop.

Nore’s charge was effectively over when he went off on the penultimte stage, costing him a minute and ending any hopes of a podium finish.

Despite the off he still secured fourth, several minutes up on Adrienn Vogel’s Fiesta Rally4. 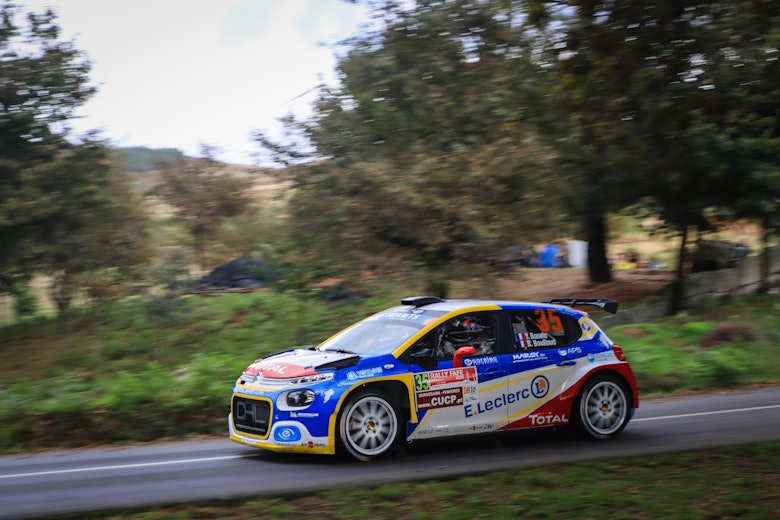 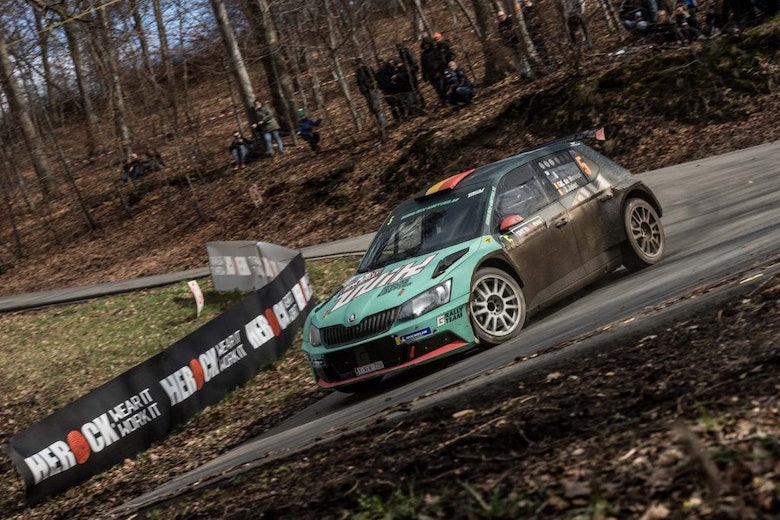