Despite a stall that cost him around five seconds at the start of the first stage, Garlene, Solberg was still quickest by 3.1 seconds over Hyundai Junior driver Nikolay Gryazin.

Qualifying stage winner Gryazin suffered a puncture but hadn’t even noticed the right-rear tyre on his Hyundai i20 R5 had come off the rim until it was pointed out to him at stage end.

That affected his approach, saying he was “really afraid to have a puncture”, yet he responded with a stage win on Andumi, closing the lead gap down to only 1.3s.

“When I feel like I’m driving slow the time is good. When I’m driving fast it’s a bad time, so I don’t know exactly what is happening!” Gyrazin commented after his SS2 win.

Solberg meanwhile admitted he’d been too cautious on the second stage, allowing Gryazin to close in.

“I was way too careful in the beginning, it was so loose so I didn’t want to take any risks,” Solberg admitted.

Citroën’s Mads Østberg said he was “disappointed not to be competitive” but the leaderboard didn’t agree with the WRC2 championship leader’s assessment of his own pace, as he finished the first loop in third, 6.9s behind Solberg.

ERC points leader Alexey Lukyanuk climbed from sixth to fourth on Andumi despite a less-than-ideal road position that left him sweeping gravel for his rivals behind.

“We pushed but the car doesn’t allow us to show a better result,” commented Lukyanuk, highlighting that the rear of his Citroën C3 R5 was getting loose and preventing him from pushing harder.

Team MRF’s best-placed driver Emil Lindholm remained fifth despite being passed by Lukyanuk for position on stage two, as his Finnish compatriot Mikko Heikkilä dropped from fourth to eighth.

Heikkilä is making his first appearance on a rally outside of his home country and was quick out of the blocks with the fourth-fastest time on Garlene, but had a brief off-road moment on Andumi that cost him 13.9s to stage-winner Gryazin.

That promoted Eerik Pietarinen to sixth in the best of the first-generation Škoda Fabias, with his Finnish rivals piloting the newer Rally2 Evo model.

“That was s***e. I need to do better than that,” said a downbeat Breen after Andumi, though like Lukyanuk his road position wasn’t ideal.

Behind Latvian championship runner Ville Pynnönen’s Škoda in ninth, Grégoire Munster was 10th in another Hyundai i20 R5, bouncing back from a technical issue that had forced him to miss qualifying on Friday.

Conversely Miko Marczyk was unable to recapture his qualifying form, finishing the opening loop of the rally in 11th, 41.3s off Solberg despite being the second-fastest driver on Friday.

Callum Devine was back in action after missing qualifying due to a dent in his rollcage, but he suffered yet more drama before SS1 began. His i20 R5 refused to fire up minutes before he was due to check-in for Garlene, then took a wrong turn on his way to the start line.

He finished the Saturday morning loop in 13th, 21.6s behind Marczyk.

American pairing Sean Johnston and Alex Kihurani are 16th on their first gravel rally in a Rally2 car.

Niki Mayr-Melnhof and Alberto Battistolli soldiered on in 23rd and 24th but both suffered engine issues throughout the opening loop of the rally.

Orsák Rally Sport’s Ken Torn built on his ERC3 win on Rally di Roma by bolting into the lead of the two-wheel-drive class on Saturday morning, winning SS1 and SS2 to build a 6.4s lead over Liepaja native Mārtiņš Sesks.

Torn’s team-mate Dennis Rådström remains within striking distance of the lead in third place, 7.9s off the pace.

ERC2 points leader Zelindo Melegari, who won his home ERC round in Rome last month, is fifth in his Subaru Impreza, 1m19.3s behind Érdi. 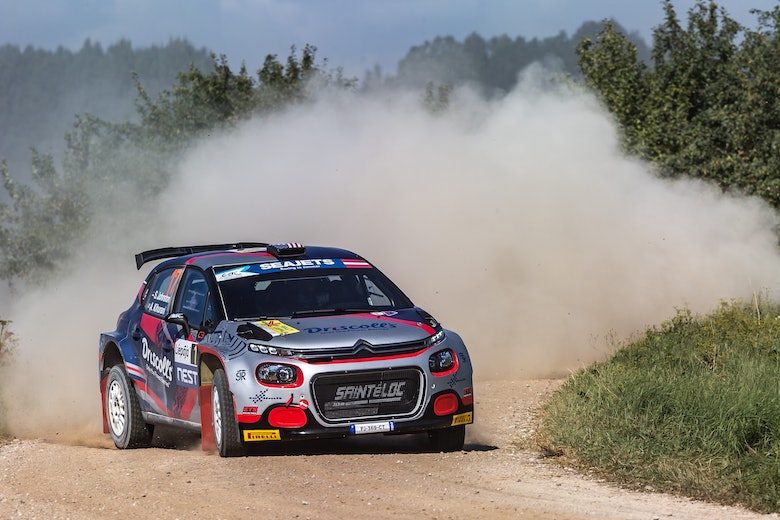 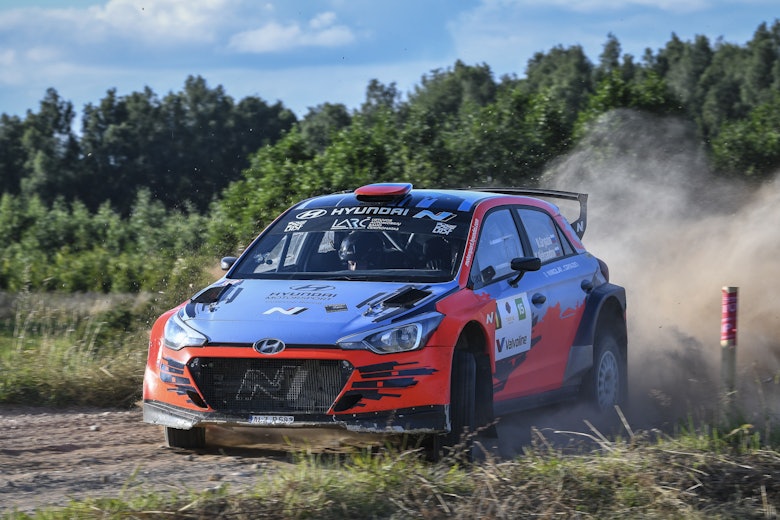 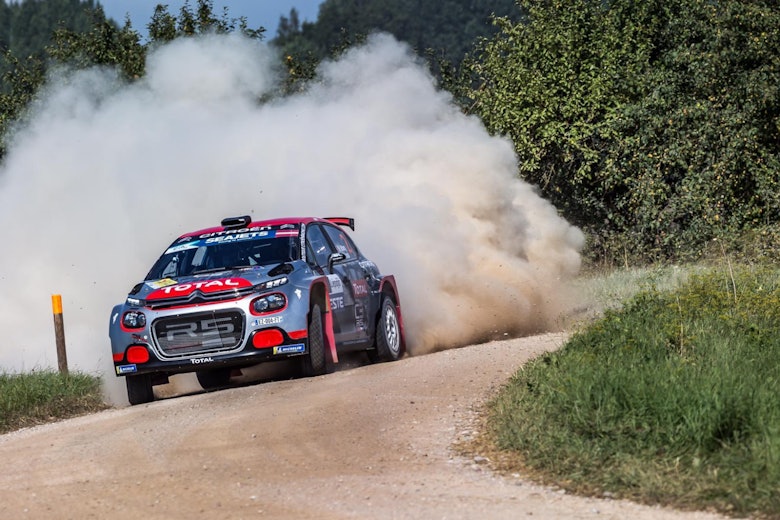