There’s an unusual dynamic that’s been ever-present in the European Rally Championship: the battle between year-long championship drivers who come from all over the continent to play for the big prize, and the local specialists taking on their national championships that happen to run concurrently with the ERC.

There’s a distinct Portuguese flavor to the start of the ERC season. Its opening two rounds are also the same events that kick off the domestic season: Rally Serras de Fafe and Rally Azores.

So, for not one but two consecutive rounds, those bidding to win the overall ERC title will have a trio of very handy locals pressuring them: reigning Portuguese champion Ricardo Teodósio, his Hyundai Team Portugal team-mate Bruno Magalhães and two-time PWRC champion Armindo Araújo.

They’ll undoubtedly be fast. But they’re also not in the same boat as their ERC-only rivals. Depending on the weather they’ll either have a compromised tire strategy across the whole rally or a psychological advantage – and right now the forecast is predicting the latter.

Only the first leg of Rally Serras de Fafe counts towards the Portuguese championship. For Teodósio, Magalhães, Araújo, and the rest of the Portuguese contingent, Friday and Saturday are the days that matter most. Sunday will be about pride.

If the stages are dry, that’s not ideal for the locals. They’ve got the same allocation as everyone else – 16 in total across four loops plus the opening Friday superspecial. But if those drivers have a spare in the back and rotate it onto their car mid-loop in hope of having a little extra grip on Saturday, that’s one less fresh tire for Sunday.

“If you need to make something different or special, you need to think in the first day of course,” Magalhães explained to DirtFish.

“Imagine if you want to use or make a strategy with the tires using soft and medium tires, for example, I cannot think about all the rally. First of all, I need to think about the first day. 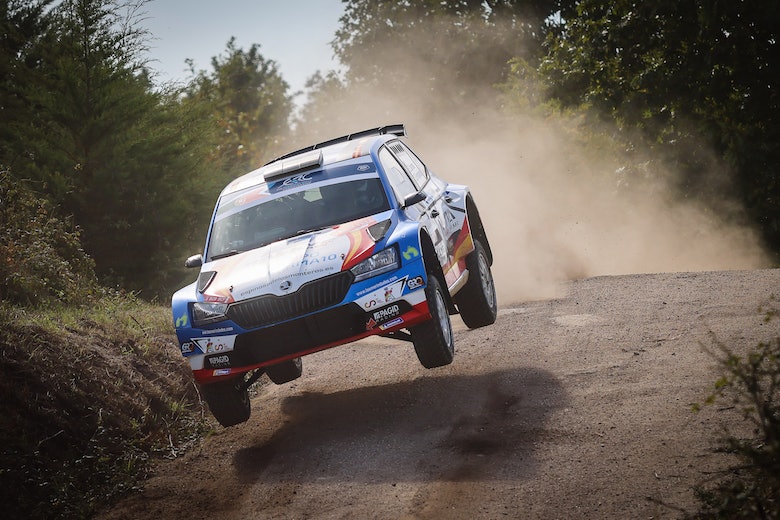 “If you imagine I can win the rally of Portugal [championship] in the first day, it’s my main goal. But maybe to achieve that I need to make a different strategy that could not be the best one for the whole event.”

But there’s good news on the horizon for Magalhães and his compatriots: dark clouds are looming. Plenty of rain is forecast. Tire wear may become a non-issue, replaced with a much bigger problem – slippery mud and deep ruts.

Running first on the road is often a curse on gravel. But this weekend it might be a blessing. And the good news is that in the European Rally Championship, drivers aren’t consigned to a road order position based on their championship standings. There’s a qualifying stage that gives you the right to pick where you start. First on the qualifying stage, first to pick a place in the road order.

With little in the way of tire wear concerns, plus the possibility to pick a prime road order slot if they nail the qualifying stage, those locals can hit the front early and stay there on Sunday – liberated by the fact their national series points are banked and they can push on with nothing to lose.

That plan does hinge on getting a top time in the qualifying stage, of course. And Pirelli’s rally manager Terenzio Testoni has a feeling anyone not in the top five there might be in trouble.

It’s not expected to be as chaotic as the 2001 edition of Rally Portugal – a notorious mudbath that caused chaos and separated drivers by several minutes based on where they started – but it’ll still have an effect.

“Strategy for sure now is much less compared to the past,” Testoni explained to DirtFish.

“Because in the past if you remember the weather we had in Portugal a long time ago, when Tommi Mäkinen won quite easily because he was first on the road but hand-cutting on the tire was allowed to be made. 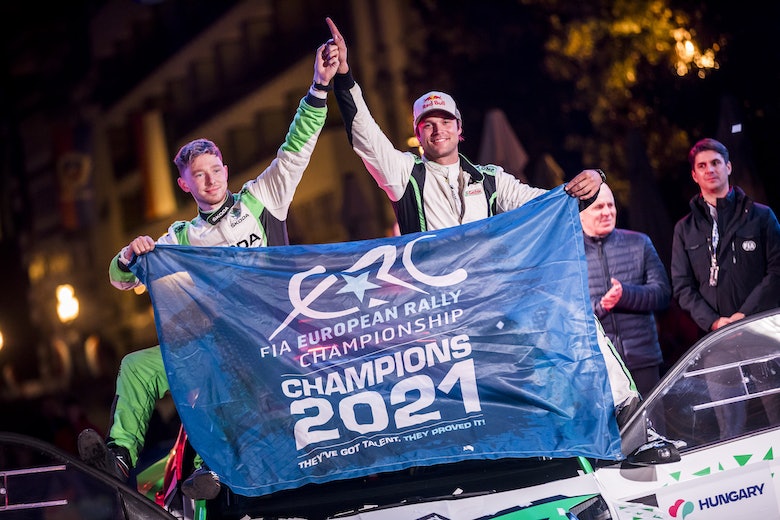 WHO’LL FILL THE MIKKELSEN AND LUKYANUK VOID IN ERC?

“Now without hand cutting, it’s less strategy. And then for sure, the gap between the first on the road and fifth and sixth will be quite big, for sure.

“Also at Pirelli, we have a tire specifically for the muddy condition but it’s not enough. We have our KM which, compared to the normal tire which we are using in WRC on dry condition and damp, is 1cm narrower and much more open tread pattern.

“So what we are proposing to the team to have this tire available which is KM6, but for sure the road position will be a big effect on the performance when it’s really muddy.”

As we witnessed on the last round of the World Rally Championship in Sweden, where Kalle Rovanperä was saved from some of his expected road sweeping duties by a fresh coat of snow, the weather can always find a way to mess with pre-event expectations.

Hopefully it’s not Tommi Mäkinen in 2001 levels of influence, though.