Ah, Rally Islas Canarias. A rally that always provides some good action on the European Rally Championship calendar. Stop three on this year’s schedule should give us a good fight for the top spot.

Few national championships are as hotly contested as the Spanish national series, with several importer-backed entries vying for the top spot. And it’s a tight contest again this year.

ERC title contender Efrén Llarena is doing the business over there too. He won the season-opening Rally Tierras Altas de Lorca yet is third in the points standings. Llarena, Iván Ares and Pepe López are separated by only a point.

And, despite his woeful start to the year with two retirements, you can’t rule José Antonio Suárez out of it either. His nickname isn’t ‘Rocket’ for nothing. Surhayen Pernia usually finds a way to get in the mix too.

Few ERC rallies have as stacked a national field joining them as in Spain. Llarena’s going to have quite a battle on his hands!

Why can’t I see Ares, López, Suárez or Pernia on this entry list?

Well, Efrén. Looks like you can breathe a sigh of relief. Most of your fiercest rivals for a win in Gran Canaria aren’t even here.

It probably shouldn’t have been this way, though. There was an opportunity to make it happen, a last-gasp revival offered by a disaster unfolding elsewhere.

Canarias was never intended to be part of the 2022 Spanish Superchampionship calendar. Instead, the national series had always planned to go north, spurning Gran Canaria and Las Palmas for the northern island of Lanzarote. 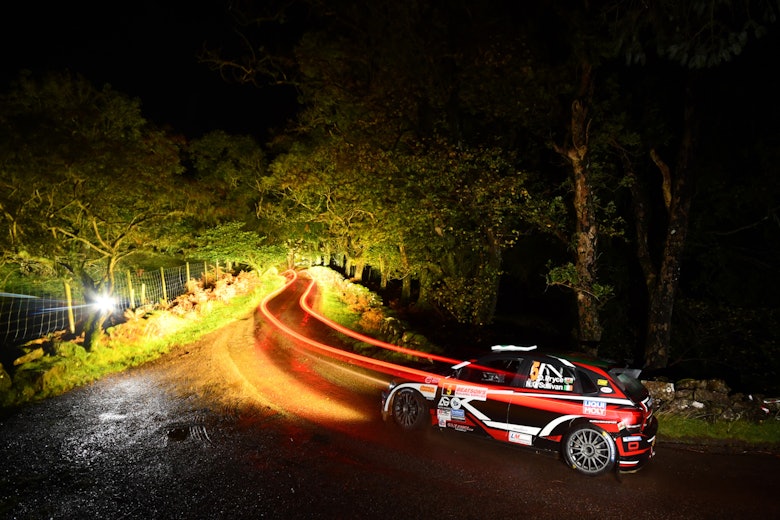 Where should ERC host its season finale?

Except that never happened.

One day before Rally de los Volcanes, round three of S-CER, was set to kick off, it was called off. It was a messy affair.

But what was strange is that it was potentially avoidable. An outcome those more pragmatic could probably have seen coming some way off.

Environmental groups Viento del Noreste, Ecologistas en Acción and Transparencia Urbanística had already expressed concerns well before the rally was set to proceed. This, in turn, led to Lanzarote Council’s environment chair Elena Solís to commission a report from the Canary Islands government on the rally’s environmental impact.

During all of this, the rally was still awaiting final sign-off. The days ticked by. Rally organizer CD Evesport assured Spanish motorsport federation president Manuel Aviñó a mere 48 hours before the rally was supposed to start that everything was in hand, the permits would be sealed and everything would proceed.

Then it didn’t. And so the blame game started.

RFEDA pointed to “political disputes” caused by “limits that are very difficult to quantify” and were bemused that an event that covered broadly the same roads as past editions was suddenly a no-go.

Lanzarote Council, for its part, tried to do some quantifying.

“In previous editions the aforementioned rally was almost always held on other dates, which allowed us to consider that it did not generate a significant impact on protected species, some of which enjoy the highest level of protection because they are considered to be at risk of extinction.”

OK, we get it. Lots of political squabbling. Nobody happy. So, what do endangered species have to do with Llarena?

It could be argued that losses should have been cut. More than a week out from the rally, before teams had descended on Lanzarote, that the required permits were still missing. This was surely the moment to wave the white flag and tell everyone to get on a ferry a few weeks later.

A ferry going to Gran Canaria, not Lanzarote.

I still don’t understand this one. Why take Spain’s domestic series away from the international limelight on purpose?

I am no shill for Rally Islas Canarias – if anything it’s in a spot of bother itself, having got a yellow card from the FIA last year – but I still don’t understand this one. What was the point? Why take Spain’s domestic series away from the international limelight on purpose?

Llarena’s going to have less competition than he should have this weekend. Nil Solans, who has somehow scraped the money together from local sponsors to make the trip to Gran Canaria, will be there to give him a hard time. As will the other ERC regulars and the rapid Canary Islanders like Enrique Cruz and Luis Monzón.

But it’s not the same. Ares, López, Suárez, Pernia, Alejandro Cachón; they should all have been here too.