Craig Breen’s big (but widely expected) move to M-Sport Ford aside, it’s been a while since there’s been a massive driver market story in the World Rally Championship.

You have to wind the clock back to the end of 2019 for the last big bombshell, delivered courtesy of the world champion in-waiting.

On the weekend where Tänak would ultimately claim his first (and so far only) WRC title on Rally Spain, our very own David Evans broke the news that Ott Tänak was on the move to Hyundai from Toyota for the 2020 season.

It raised a catalogue of questions, not least ‘why did he want to leave?’ and ‘who would replace him at Toyota?’ But arguably most intriguingly, how would Tänak fare against Thierry Neuville within the same four walls?

Unfortunately, it’s a question that we’re still waiting for an answer for.

That might seem odd to say given Tänak has driven against Neuville in the same Hyundai machine for two and a half years now, but the calamitous nature of Tänak’s period at Hyundai has robbed us all – the rally fans – of what could, and probably should, have been a titanic scrap for supremacy.

Stepping in to drive a car heavily influenced by Neuville, Tänak was always going to be up against it when he joined in 2020. But just how up against it was laid bare on only his fourth competitive stage in Hyundai overalls when Tänak launched off the road in a spectacular airplane accident.

No points on the board from round one. Neuville, meanwhile, won.

But then the tide began to turn. Second place for Tänak in both Sweden and Mexico meant he had the better of his team-mate for two rallies in a row before the WRC was off the agenda for six months in the wake of the global pandemic.

Out of the COVID shadow, Tänak hit the ground running with a maiden Hyundai win at home in Estonia and therefore lifted himself above Neuville in the championship. Talk of back-to-back titles was on.

But then the reality of Tänak’s new era hit home. Broken steering in Turkey knocked the wind out of his sails, while suspension troubles continually robbed him in 2021. And, well, the less said about 2022 the better.

If it was all to end now, Tänak’s spell in blue and orange would be remembered for snarky comments, flailing wheels and missed opportunity. Quite the contrast to his swashbuckling victories in a Toyota, isn’t it?

But it’s a similar story for Neuville, too. Neuville’s become something of a Hyundai lifer, joining the team when it returned to the WRC some eight years ago now. Up against the Sébastien Ogier/Volkswagen juggernaut, success was slim in the early days but a regulation change and the birth of the i20 Coupe WRC was perfectly timed as Neuville really hit his stride as a driver.

He could’ve won the 2018 title, should’ve won the year before, and pushed Tänak hard for the ’19 crown too. But since the turn of a new decade, Neuville has never really been a serious title challenger – always in the periphery due to a litany of mechanical dramas; the center of the scrap reserved for those wearing the red, black and white of Toyota.

Adding their names to the same payroll should have unleashed this rivalry into a modern classic – an intriguing fight to prove who’s best. There can be no arguments about equipment or environment with the two WRC heavyweights sharing the same breakfast table. 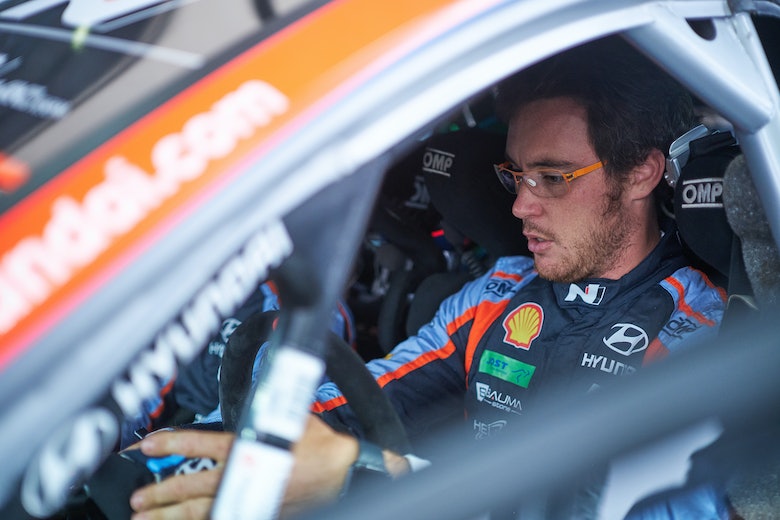 How a metal bracket has affected Neuville's driving

But instead, Neuville and Tänak’s efforts haven’t been focused on beating each other but working with each other to better the team. And that’s not just a crying shame for Hyundai – which hasn’t been able to fully utilize its epic driver pairing – but the WRC as a whole as we’ve all been deprived of watching a fascinating situation and dynamic play out.

A relationship always changes as soon as silverware is on the line – just look at Lewis Hamilton and Nico Rosberg in Formula 1.

Whether an all-Hyundai Tänak vs Neuville title fight would’ve been an ultra-political remake of the Sébastien Loeb and Ogier Citroën squabble of 2011, a partnership defined by an explosive tension point like Colin McRae and Carlos Sainz at Subaru or a more civil yet slightly one-sided battle like Marcus Grönholm vs Richard Burns at Peugeot is simply a matter of speculation rather than something we can confidently deduce.

Will we ever get an answer? It all depends on how quickly Hyundai can recover its position or peril, but if Hyundai never prevails it’ll be one of those missed scenarios that’ll wrankle for years to come.

Neuville and Tänak themselves may not be too personally invested in finding out which one of them would’ve stolen a march over the other, but a back-on-form Hyundai is something we are all keenly waiting for.