What next? In a World Rally Championship season that hasn’t stopped twisting and turning since the Monte Carlo opener, prediction has become utter folly. Predictions for the Network Q RAC Rally finale later this month?

Following the bombshell from Place de la Concorde last Friday (November 3), news that Colin McRae will cameo on an timely Oasis remix of Merry Christmas would garner only the slightest raising of an eyebrow.

The FIA has, of course, ensured there will be no place for three-time RAC winner Juha Kankkunen and defending world champion Didier Auriol on this year’s entry list. Their Toyotas are not welcome in Britain or anywhere on the WRC calendar next season.

Not since Jean-Marie Balestre lifted and swung the axe with ridiculous haste on Group B in May nine years ago has the governing body had such an impact on the sport.

Nobody is denying Toyota was caught bang to rights in Spain last month, but the World Motor Sport Council’s decision to impose a year-long ban sends a deeply worrying message to Ove Andersson’s Asian overlords. 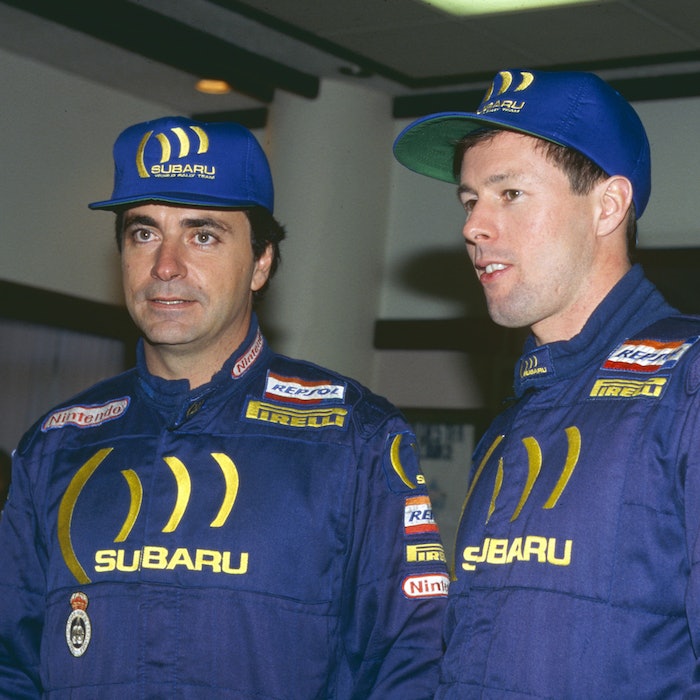 MCRAE AND SAINZ SET TO BATTLE FOR WRC CROWN

Toyota has been a true engine for change as Group A has evolved and the loss of the factory Celicas will be felt as keenly in the woods up and down England and Wales as anywhere else.

The majority feeling around the service park is that a 1995 exclusion would have been enough. Sending them packing for next season as well felt heavy handed, to say the least.

It’s happened and it’s not going to change. And anyway, improved as the current GT-Four is from the start of the year, it’s hard to imagine it would have been a force against Pirelli-shod Subarus.

TTE’s departure looks to be the conclusion of a dramatically political season, one which began with the drivers uniformly berating the decision to limit power via a turbo restrictor reduced in diameter from 38mm to 34mm; a memo TTE seemingly missed….

Beyond spectacular bans and regulation change (of which a change of service rules, forcing the teams to a more centralized way of servicing cars has been generally unpopular), team orders have been particularly prevalent this season – from a moody Tommi Mäkinen in Sweden to a raging McRae on the Costa Brava.

The RAC is unlikely to trump any of the above from a tactical perspective. Subaru is assured of the drivers’ title, but Mitsubishi remains out front in the makes’ race. Group N victory in Argentina secured the FIA Cup for Production Car Drivers for Portuguese star Rui Madeira. The Lancer driver still starts the RAC – registered as Ralliart Mitsubishi’s potential third point-scorer.

From a competitive perspective, 1995 has been sublime. We had four different drivers winning the first five rallies; three manufacturers winning in the first four. And the events have been close. Portugal, decided in Sainz’s favour from Kankkunen by 12 seconds after more than five-and-a-half hours’ competition. Auriol taking a 15s Corsican win from François Delecour’s Ford Escort RS Cosworth. Or Australia: Eriksson’s by 19s from McRae.

It’s easy to lambast the FIA, but that close competition indicates there’s still sense in Group A regulations.

And while we can hope the politics have all been played, there’s no shortage of competition still to come in 1995.