Arctic Rally Finland is set to be one of the most entertaining World Rally Championship events ever. Not only is it a brand-new event for the series, but the entry list is packed with 13 World Rally Cars that will all be vying for glory.

As always ahead of a round of the WRC, DirtFish has provided a form guide so you know who you should be tipping for victory – but don’t blame us if your pick doesn’t come through!

As Arctic Rally Finland is a new rally in the WRC, we’ve used the traditional winter event – Rally Sweden – as an indicator of snow form.

Sébastien Ogier is quite clearly the form man heading into the second round of the WRC after winning a record-breaking eighth Monte Carlo Rally last month. And of course that Monte win came off the back of a win on the Monza Rally in 2020 that sealed Ogier’s seventh world title.

However when it comes to snow rallies, Ogier hasn’t been the man to beat in recent years. He has won Rally Sweden three times, but was a muted fourth last year – behind both of his team-mates – and struggled tremendously in both 2018 and 2019.

Success this weekend could heavily depend on the weather. As the first car on the road, a fresh batch of snow would be the worst thing imaginable for Ogier but if the snow dust is as bad as is to be believed, the Toyota driver could actually find himself at an advantage…

Oliver Solberg’s challenge was big enough this week as he makes his World Rally Car debut, but it’s doubled with news that regular co-driver Aaron Johnston hasn’t been able to make it to Finland. It’s a cruel blow for Johnston, who was also set to make his top-line WRC debut, but Solberg will be in good hands on Arctic with Seb Marshall stepping in.

Expectations are being downplayed already – at least publicly – but Solberg could be good for a strong result in his Hyundai i20 Coupe WRC. Recent results and pace in the Rally2 class have been eye-catching and snow is his self-confessed favorite surface to drive on.

Don’t expect a balls-out drive for the podium, but write the 19-year-old off at your peril.

Without wishing to be hyperbolic, Teemu Suninen needs a good result on Arctic Rally Finland. A lot has been written about his Monte Carlo Rally crash and Suninen insists that won’t affect his approach, but he is well aware that a similar blunder is going to be detrimental to his WRC career.

A lazy assumption is that all Finns are rapid on winter rallies, but Suninen hasn’t had the greatest success on Rally Sweden in the past. He did of course lead the 2019 event after the first day only for him to falter on Saturday and eventually finish outside the points.

Suninen should however benefit from a clean road position, starting near the back of the field, and is more than capable of producing something special this week. But he has to tread the line between pushing hard for a result and bringing the car to the finish – something he spectacularly failed to do on round one.

Pierre-Louis Loubet is the forgotten man of Arctic Rally Finland as all the hype has surrounded his 2C Competition team-mate Solberg. But flying under the radar could work swimmingly for Loubet, who is vastly inexperienced on snow.

The last time Loubet competed in winter conditions was back in 2017 when he retired with engine failure, but Loubet is actually one of few drivers to have tangible Arctic experience; he started the event in 2016 and 2017, with a best finish of 12th.

After a frustrating head-on collision with a rock face on the Monte, getting the car home in one piece will be Loubet’s priority this weekend, but it’ll be important for him to compare well with Solberg given his superior World Rally Car experience.

Ott Tänak finds himself exactly where he doesn’t want to be – trailing the early title leader by 30 points heading into round two. It’s a position he knows well, however, having been faced with the same problem 12 months ago.

Tänak’s Monte demise was less dramatic in 2021 than in 2020 but the effect is the same: he needs to bounce back on the snow otherwise the pressure really will be on. A slow start to the season is never good, but in the current climate it’s even more disastrous with no guarantees over the remaining rounds all going ahead.

A big response is however expected. Tänak has been strong on the snow in recent years, finishing Rally Sweden second last year and winning with Toyota in 2019. He’s also match fit, as he recently won the Otepää Winter Rally in his native Estonia, which was held in similar conditions. A real contender for victory.

Arctic Rally Finland will feel like a walk in the park for Thierry Neuville compared to his Monte Carlo Rally onslaught. With long-term co-driver Nicolas Gilsoul failing to agree terms for the new season just days before it was set to begin, Neuville drafted in Martijn Wydaeghe and had to acclimatize.

The fact he grabbed a podium is quite sensational, but a repeat performance could be tricky in the Arctic Circle. Neuville got more seat-time with Wydaeghe on the Otepää Winter Rally but he’s not the most prolific on snowy stages – a dominant victory on Rally Sweden 2018 aside.

Another anonymous rally could do the job for Neuville if he can keep a steady pace and pick up the places when others fall by the wayside.

Janne Tuohino is a welcome addition to the WRC’s top tier this weekend as the veteran Finn pilots a latest-spec Ford Fiesta WRC for just the second time. The first occasion was on Rally Sweden in 2019, when he scooped a championship point in 10th.

Such is the competitiveness of the modern WRC, a similar result could prove tricky if the majority of the World Rally Cars make it through Arctic Rally Finland unscathed. But the conditions should suit Tuohino, who is comfortably the most experienced driver contesting this event – he has 14 starts to his name and won it twice, in 2003 and 2014.

He has snow prowess in the WRC too, scoring fourth overall on the 2004 Rally Sweden as a Ford works driver – brought into the works fold for the event in place of a youthful François Duval.

Toyota junior Takamoto Katsuta has arguably never started a WRC event in better form. The Japanese scored a career-best finish of sixth on the Monte Carlo Rally and is known for his exploits on snowy stages – who can forget that superb and surprise WRC2 win in 2018?

He also has solid Arctic experience with three starts in recent years, and has been showing increased pace of late – particularly on the Monza Rally, where he won his first ever stage.

Katsuta is likely to find himself in a battle for the minor points places but don’t be surprised to see him feature higher on the leaderboard if other more-fancied rivals run into trouble.

Elfyn Evans is always there isn’t he? Even when he’s not fully confident, the Toyota driver has found top-four finishes habitual and of course heads to Arctic Rally Finland as the WRC’s most recent winter winner.

But what can he do this week? Starting second on the road could be an awkward spot – not far back enough to benefit from a clean road but maybe not far forward enough to prosper should the snow dust be a major factor.

However, as proved by that Sweden win last year, his pace on the snow and ice isn’t to be questioned and he’ll very much be in the reckoning for a win in Finland too. Beating team-mate Ogier will be a target given his early points lead and the fact Evans hasn’t got the better of him since Rally Turkey last September.

Lorenzo Bertelli was a regular in the world championship through the mid 2010s, but the Italian hasn’t featured since Rally Chile back in 2019. It’s great to see him back this weekend in a Ford Fiesta WRC.

Bertelli’s Swedish form is average, peaking with a modest 18th overall in 2014 with an R5 car. The aim this weekend will be to enjoy his WRC return, make it to the end in one piece (which he has rarely managed on the snow) and try and nick a championship point or two for his efforts.

It doesn’t feel like close to six months since Craig Breen last started a WRC round, but the cancellation of Ypres Rally Belgium last year brought his season in a Hyundai i20 Coupe WRC to an early end.

Breen heads to Arctic Rally Finland in a rich vein of form, and absolutely everything suggests he should do well this weekend. That Estonia outing netted a superb second place where he pushed team-mate Tänak all the way in his backyard, while his other second-place finish in the WRC came on the snow of Sweden three years ago.

Starting ninth on the road on the opening day puts Breen in a good position – on paper at least – and he is absolutely ready to remind the rallying world what he can do. A real dark horse for a podium and maybe even a win.

Gus Greensmith was a destroyed man on round one, sapped of any confidence and perplexed as to why he couldn’t replicate the same feeling on the rally that he had found on his test. He left with eighth place but over eight minutes behind the winner and behind some Rally2 cars.

Things can only improve on Arctic Rally Finland. It will be an uphill challenge given Greensmith has never started a snow rally in a World Rally Car but he can take solace from his decent results in Sweden with an R5 car.

A successful weekend for Greensmith would be one where his pace progresses, he keeps his nose clean and he doesn’t batter himself if he loses the feeling.

The man everyone’s been talking about: Kalle Rovanperä. Can the 20-year-old genuinely win his first WRC rally this weekend? Well one thing’s for sure, he’ll certainly fight for it.

If Rovanperä is capable of leading the Monte Carlo Rally, he is certainly capable of leading Arctic Rally Finland. The Finnish national Arctic Lapland Rally was Rovanperä’s first in the Yaris WRC and he won. Rally Sweden was his second in a Yaris in the WRC and he was on the podium. And this weekend, starting fourth on the road could be the sweet spot.

Whether you believe the hype that he starts as favorite to win or not, absolutely nobody is expecting Rovanperä to simply blend into the background and be nowhere on round two.

Keep an eye on DirtFish and all our social media channels for the most comprehensive Monte Carlo Rally coverage this week.

From Monday onwards we’ll have in-depth analysis of how the event was won, discussion of all the weekend’s biggest talking points and our driver ratings.

More ahead of Arctic Rally Finland 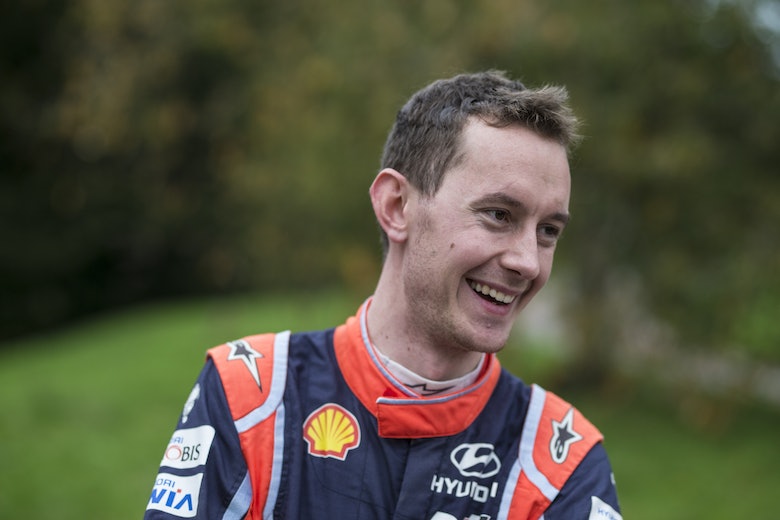 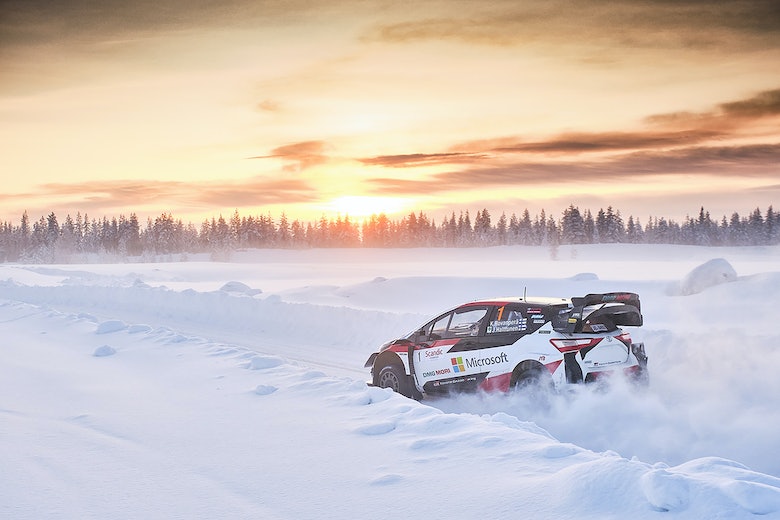 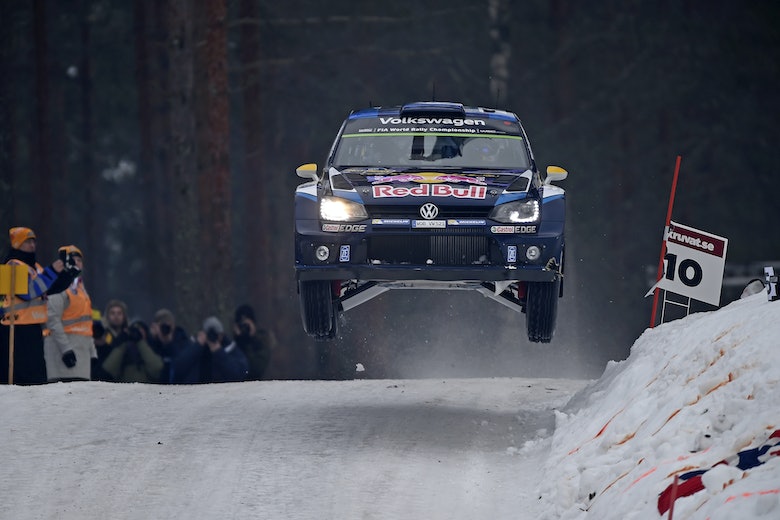