There are 10 crews in the latest-spec Rally1 cars, the most advanced rally cars on the planet, that will be lining up in Saint-Disdier for the very first stage of the 2021 World Rally Championship season on Thursday.

All of them come with experience at the top level under their belts, although not necessarily on the tricky all-weather stages of the Monte Carlo Rally, and represent three different manufacturers between them.

We run through the form and future prospects of each of the crews, looking at their last three WRC results, their previous three Monte results, and their positions in their last three championship campaigns, ahead of a rally that potentially anyone could win.

The man who was supposed to retire last year and is now a seven-time World Rally Champion looks set to extend his career to 168 starts at the top level. All of that experience, and all of that winning, combined with the fact that he has now spent a full year at Toyota Gazoo Racing, makes Ogier an immediate victory contender on the Monte.

He’s won the rally a record-equaling seven times, and he’ll want to make it the first event where he breaks the eight-win mark having also picked up seven victories apiece at three other WRC rounds.

Starting on a high will be just as important as in the heavily disrupted 2020, with the potential shortening of this year’s season as the coronavirus pandemic still rages on. Ogier is committed to WRC 2021 and nothing but WRC 2021 right now, knowing retirement awaits in 2022, and so he could be willing to take more risks from the very start.

The momentum of ending last season on a high was checked with a testing crash last week though, but the dynamic between Ogier and new team principal Jari-Matti Latvala – once his Volkswagen team-mate – seems to have been operationally sound so far.

The 26-year-old Finn begins his part-time 2021 WRC campaign with his third Monte aboard Rally1 machinery. Last year, Suninen only got as far as the second stage before he retired with transmission woes.

He returned and recovered to finish the rally in eighth position, which marked his best finish on the Monte. That’s indicative of the relative lack of success Suninen has enjoyed on the famous WRC season-opener. His 2020 season also ended with a mechanical-induced retirement on the Monza Rally.

Despite all of that, Suninen still presents M-Sport’s best hopes of securing a respectable top-five finish to kickstart its season.

Although he only participated in three rallies, Hyundai’s part-time campaigner took the #4 spot on DirtFish’s top 10 drivers of the 2020 WRC season, such was his impressive Rally Italy victory and Monza Rally podium.

While he did make the most of advantageous road positions at both events, he held his own against the WRC’s elite and proved crucial to the Korean manufacturer retaining its crown.

He makes his first Monte appearance since he crashed out halfway through the 2018 event on a tricky and snowy right-hander. Before then, he recorded three podiums on the event, but he’s still yet to secure one on the Monte for Hyundai.

Sordo is among the form men but given his Monte record, a bit of luck may be required for his first Monte podium finish since 2013.

Making your Monte debut is difficult at the best of times, but 2019 WRC2 champion Loubet is having to do so in Rally1 machinery. It’s only his fourth start abroad the Hyundai i20 Coupe WRC, and he hasn’t had the easiest ride thus far.

Engine problems prematurely ended what was already a difficult Rally Turkey for the young Frenchman, and his Rally1 debut ended when he broke a steering rod. His first finish came on Rally Italy, where he was a respectable seventh but he only set one top-five stage time.

Getting to the end of his first Monte in a top-level WRC car will be an achievement in itself – and it’s something Loubet’s father struggled with. Expecting much beyond that would be ambitious.

Any finish will be better than Tänak’s start to his Hyundai career last year. His sickening high-speed crash destroyed his i20 Coupe WRC and could have caused serious damage to the then reigning champion. The COVID-hit 2020 season didn’t allow Tänak to really get his feet under the table at his new team but make no mistake, the Estonian will be one to watch this year.

Tänak insists his 2020 shunt will not be on his mind this weekend, and three podiums on the Monte in the last four years will give Tänak some confidence but an elusive first win on the season opener is still missing. Perhaps 2021 will be the year?

Neuville’s 2020 campaign was a veritable mish-mash of scintillating pace and horrendous bad luck, resulting in another title assault that fizzled out towards season’s end.

Having announced a new co-driver at the 11th hour, predicting how quickly Neuville will adapt to a new figure in the passenger position is difficult, but we know just how motivated the Belgian is to finally claim his maiden WRC championship.

He’ll take confidence in knowing he can defeat his arch-rival, Sébastien Ogier, in a straight fight on the Monte, having prevailed by just over 12 seconds last season.

The Japanese youngster returns to the scene of his best WRC finish of seventh place, achieved on last year’s rally. This marks the first time that he’s coming into a WRC round having already competed on the rally in Rally1 machinery.

This – coupled with his brilliant powerstage victory at the 2020 season-ending Monza Rally – should put Katsuta in a good position to record his personal best finish if he can avoid falling victim to Monte’s roads.

Bouncing back from his heartbreaking title loss to team-mate Ogier on Monza Rally just over a month ago will be the toughest challenge of Evans going into Monte Carlo, even tougher than the conditions he will face on the stages themselves.

He will know that he can win the rally, he was a victory contender on an equal playing field in 2020, and Toyota technical director Tom Fowler has already pointed to Evans, he just needs to forget the pain of the 2020 title loss and focus on the positives to build another title challenge in 2021.

Greensmith has the pressure of heading into the 2021 WRC season as M-Sport’s sole full-time entry. He’ll need a much better Monte than his disastrous 2020 encounter when he clumsily slid off the road when attempting to recover from a spin on the third stage.

He appeared to show progress when he recovered his first-ever top-five finish on Rally Turkey, but two incident-filled events on Rally Italy and the Monza Rally ended his 2020 campaign on a low note. One positive Greensmith can look to is his impressive WRC2 Pro win on these roads in 2019.

They say the second season is always the toughest, but you get the impression that with Rovanperä, year two could just be the one that delivers a title charge from the Finn. Alongside Jonne Halttunen again, Rovanperä will invariably be looking to iron out some of the rustiness from his maiden campaign, and he has the maturity to do just that.

Rovanperä’s consistency last year was impressive, only retiring once and recording top-five results in every other round, including a podium on just his second event in Sweden. A similar start to his 2021 campaign and we could see the first win for Toyota’s rising star.

Keep an eye on DirtFish and all our social media channels for the most comprehensive Monte Carlo Rally coverage this week.

From Monday onwards we’ll have in-depth analysis of how the event was won, discussion of all the weekend’s biggest talking points and our driver ratings.

More on the 2021 Monte Carlo Rally 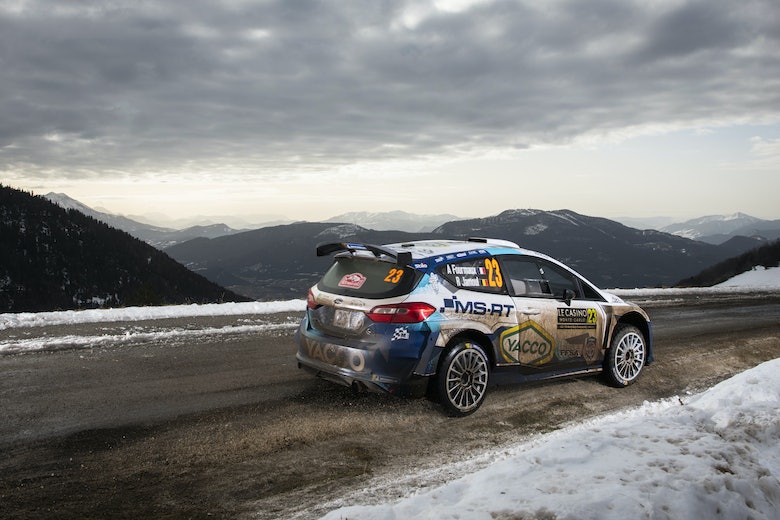 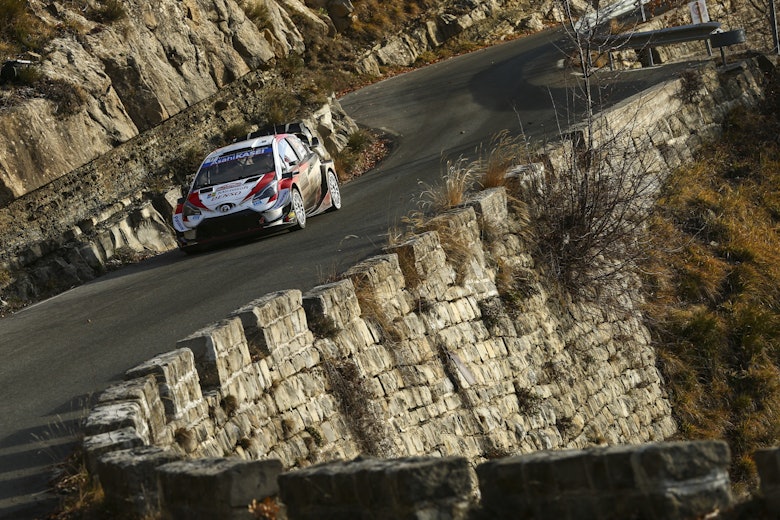 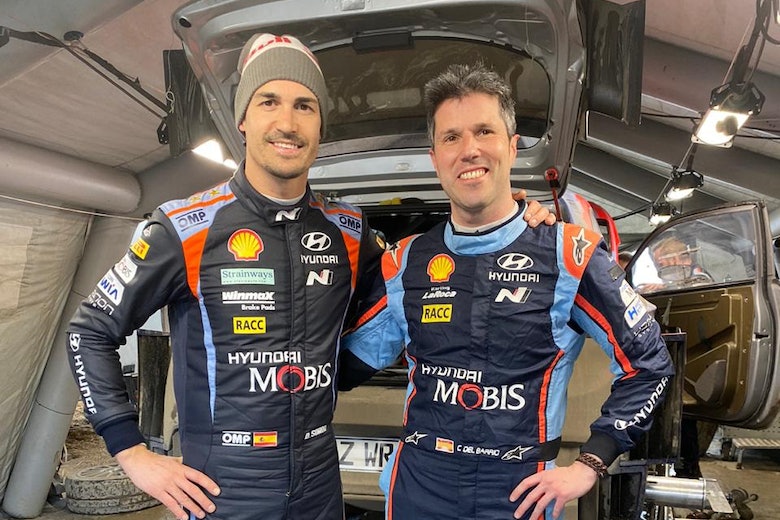 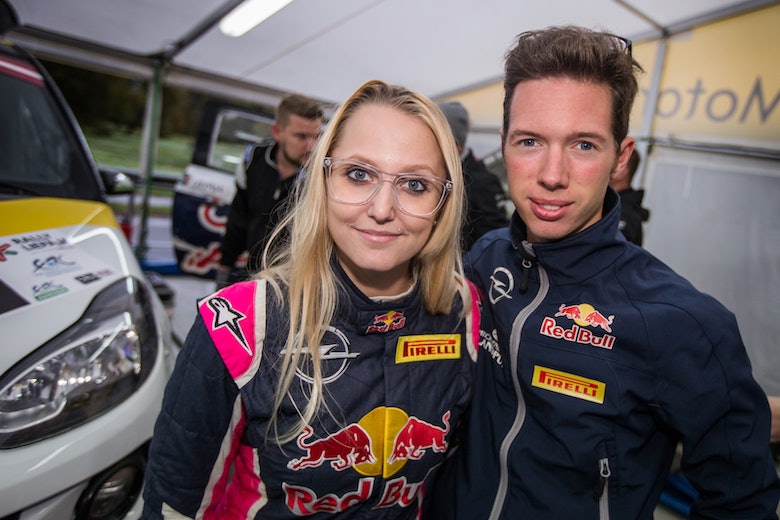 Meeke going back to “common” ground with stage rallying return