Hyundai Motorsport team principal Andrea Adamo believes it is good for the World Rally Championship that Toyota driver Kalle Rovanperä is the new leader of the drivers standings.

Rovanperä, who is 20, is now the youngest driver ever to have led the WRC points standings thanks to his second-place finish on Arctic Rally Finland.

Speaking in the FIA’s post event press conference, Adamo was being asked about 19-year-old Oliver Solberg, who finished seventh on his World Rally Car debut in a 2C Competition-run Hyundai i20 Coupe WRC.

“[Solberg’s] presence has been decided during the powerstage in Monte Carlo because there are things in life that you decide without using too much of the brain and using the feeling [instead],” Adamo said of how Solberg got his World Rally Car chance. 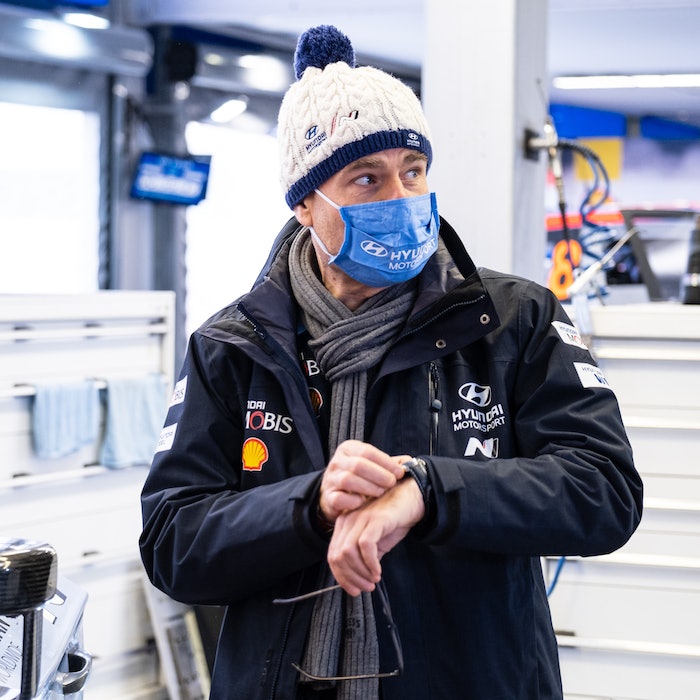 To have young guns like Kalle here leading the championship, even if he is driving Toyota, is good Andrea Adamo

“Sometimes it works, and normally they work much more when you don’t think too much about something and you let your emotions speak; sometimes it’s good.”

He made a point of highlighting Rovanperä’s achievement, insisting the Toyota driver’s and Solberg’s presence at the sharp end will be of benefit to the WRC.

“I think that to have young guns like Kalle here leading the championship, even if he is driving [for] Toyota, and Oliver is good because I think we need the young guns to attract the young generation in rallying and to keep the future of rally alive,” Adamo added.

“I think you can agree with me that to have young [drivers aged] 19, 20, can allow us to have the attention of this generation of people.”

Rovanperä, whose runner-up finish was his second podium finish in the WRC, told DirtFish he was not content with how his weekend had panned out.

“That feels good of course,” he said, when asked about leading the standings.

“I have to say I was not really fully happy this weekend and still not, but it was a nice weekend and I think the result was the maximum at this point that we could do.”

“Actually honestly I’m already prepared this year that my record will be beaten, I’m quite sure this year we will see younger winner than myself in the World Rally Championship.”

“It’s amazing how quickly he has put everything together for the first time with the World Rally Car and it just seems that we start to get younger and younger drivers in the championship.

“Really amazing job, he did a really good job,” he said.

Adamo however explained he was “a bit worried” about giving Solberg his World Rally Car debut – a feeling he said he shared with Solberg’s parents, Pernilla and 2003 WRC title winner Petter.

“I think it has been emotional for them, but in the end he did what we asked him to do, to enjoy. And I think he did well.”

Hyundai’s other protégé Pierre-Louis Loubet, who is contesting his first full season in a World Rally Car in 2021, had a far more difficult rally as he suffered a puncture on stage two, retired on Saturday with a turbo problem after hitting a snowbank, and then spun on the powerstage.

That left him in 39th place overall, half an hour behind Hyundai’s rally winner Ott Tänak. 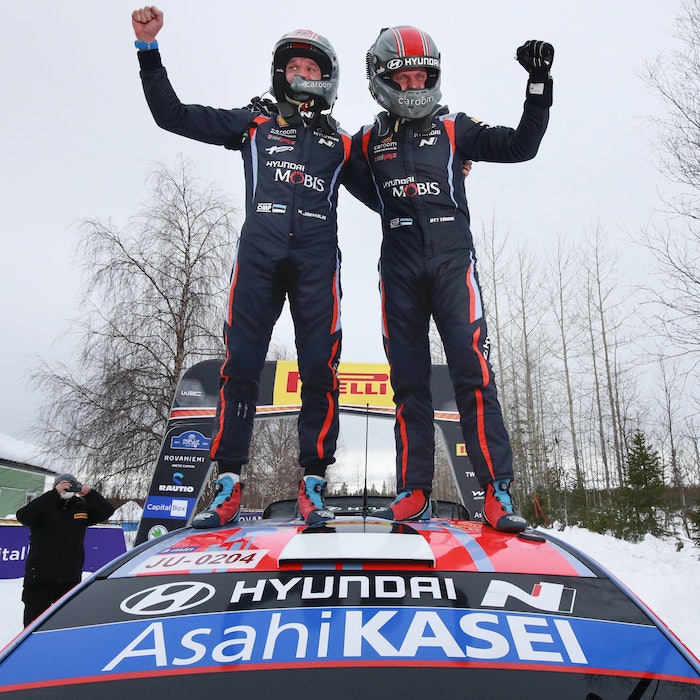 2019 World Rally Champion Ott Tänak saw off all challengers to win the second round of the 2021 WRC season.