The 2021 World Rally Championship is certainly proving spectacular. After the second round – Arctic Rally Finland – there are five drivers all split by just 12 points at the head of the table with young Kalle Rovanperä leading the way.

But perhaps more tantalizing than the contest on the stages, we have another batch of Colin Clark’s driver ratings to bring to you, exclusively on DirtFish.

It’s quite a high scoring weekend for the WRC’s finest, but there are still some drivers who Clark feels need to respond in Croatia next month… 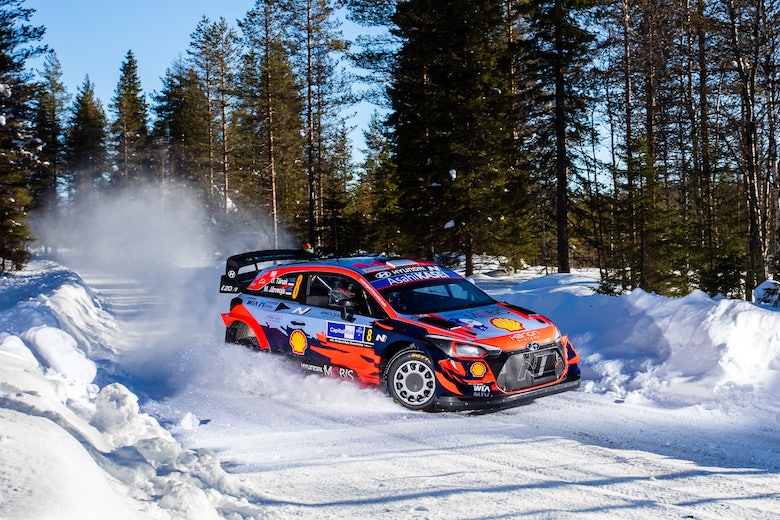 The perfect response after a disastrous start to his 2021 campaign on the Monte. Led from start to finish and laid the foundations for his run to victory by building a commanding lead through the opening three stages. Looked very much in control after that and put in a mature performance, balancing the risk and finding pace from the Hyundai that bodes well for the rest of the season. Not quite back to his snarling, intimidating, dominant best quite yet but very much on the way there. 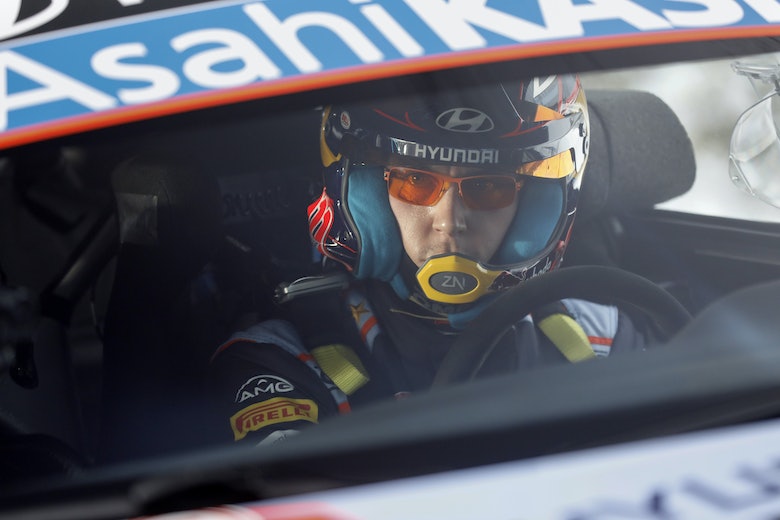 It’s hard to overestimate the gargantuan challenge faced by Neuville this season. If you’d offered the Belgian a couple of podiums to start his season after the pre Monte Carlo co-driver dramas he’d have snatched your hand off. Things are still far from perfect in the car with Neuville commenting many times about communication issues. Yet he drove brilliantly, and aided by an inspired call on tire strategy through Saturday’s second loop, put in the finest of performances. Encouragingly for Neuville, Wydaeghe and Hyundai, is that things can only get better from here on in. 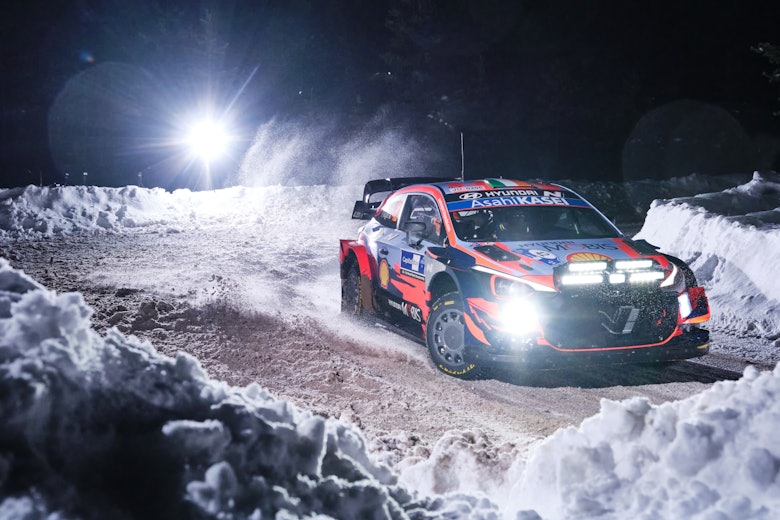 Faced once again with the prospect of jumping into the Hyundai on a super high speed event after a six month layoff, the Irishman again firmly delivered. OK, he wasn’t so happy with his performance on Saturday and in particular with the opening stage on Sunday, but Breen can hold his head high having shown pace and intelligence to deliver once again for the team. You really have to wonder just how much better Breen could be if he was given an extended run in the car? 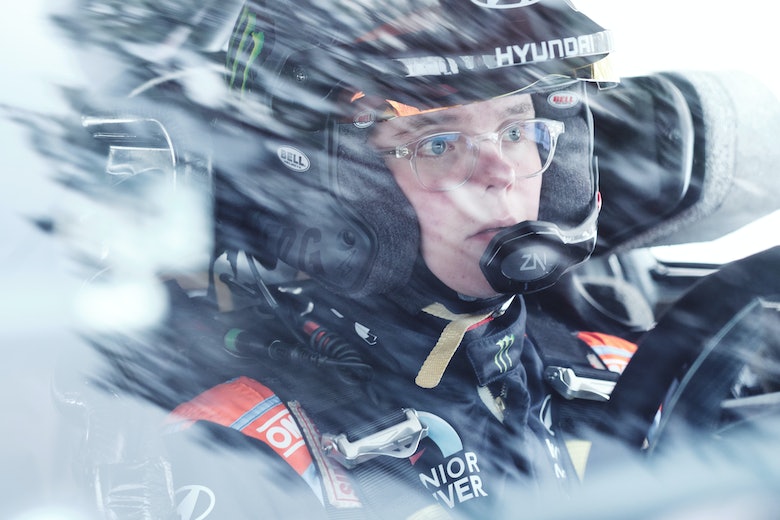 Just the most sensational debut in a World Rally Car for the prodigiously talented young man. His final position could have been better but the fact he finished less than half a second a kilometer behind the winner, scored a fourth and third fastest time in the opening three stages and battled brilliantly with a seven-time world champion for a lot of the event speaks volumes about his performance and his potential. Rovanperä’s debut on the Monte last year was mighty impressive, but I’d say Solberg’s, with his forced last minute co-driver change, was even better. 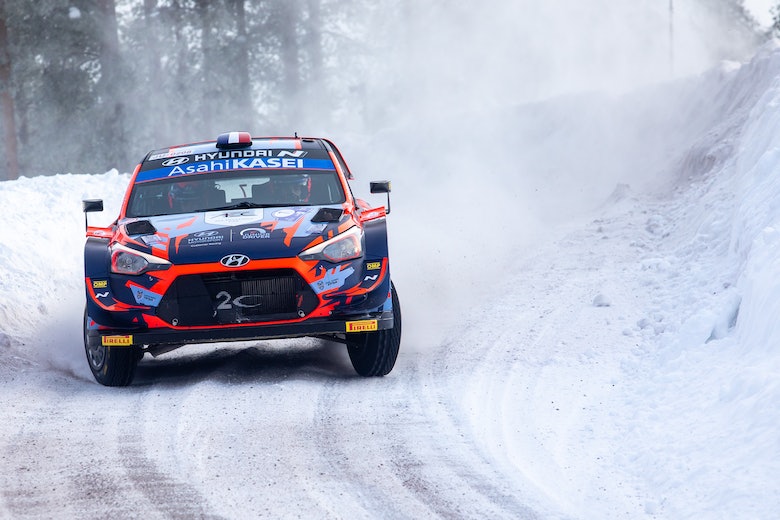 Can’t have been easy for the French youngster having to deal with all the hype, and ultimately the performance, of young Solberg, but Loubet went about his business in impressive fashion. OK he eventually retired after a coming together with a snow bank compromised his engine but up to that point he’d put in a performance that was a step or tow above anything that we’d seen previously. Will no doubt be looking forward to the Croatian stages which I’m told are very much like his home Corsican tests. 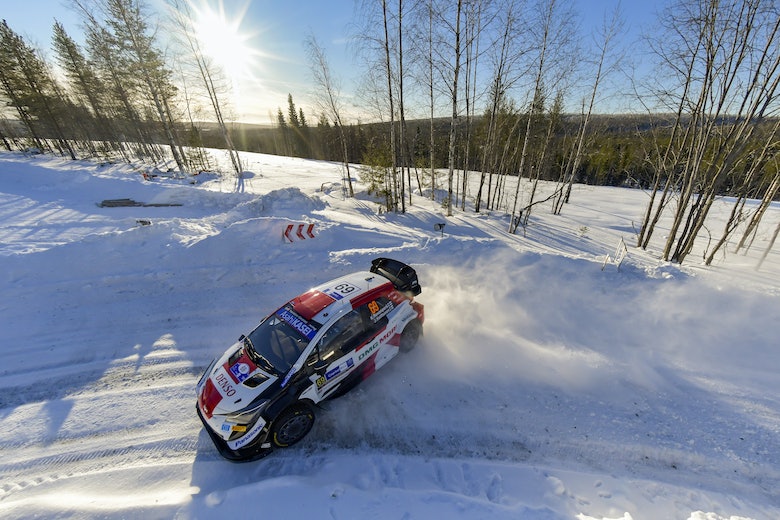 Many people’s pre-event favorite failed to find the performance needed to hunt down Tänak on the Saturday. Maybe for the first time in his career we heard the normally fizzing Finn slightly downbeat at the stage ends. Came off a 20-second deficit after the first day with high hopes of catching the leader on the rally’s longest day. But it just didn’t happen for Kalle. Set-up issues that may well stem back to a not-so-representative test road stymied any hopes of a first home win for the talented youngster. Victory was the goal, but leaving the event as the youngest ever leader of the championship will be compensation in kind. 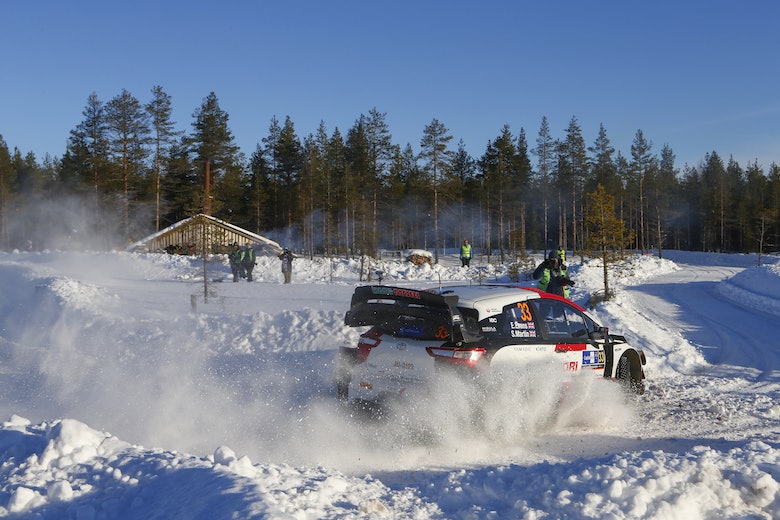 Solid performance from last year’s Rally Sweden winner keeps him very much in the fight at the top of the drivers’ standings. A brace of stage wins showed glimpses of the stunning form that led to that Swedish win but ultimately he paid the price for a fine second place on the Monte with Friday’s road position costing him dearly. 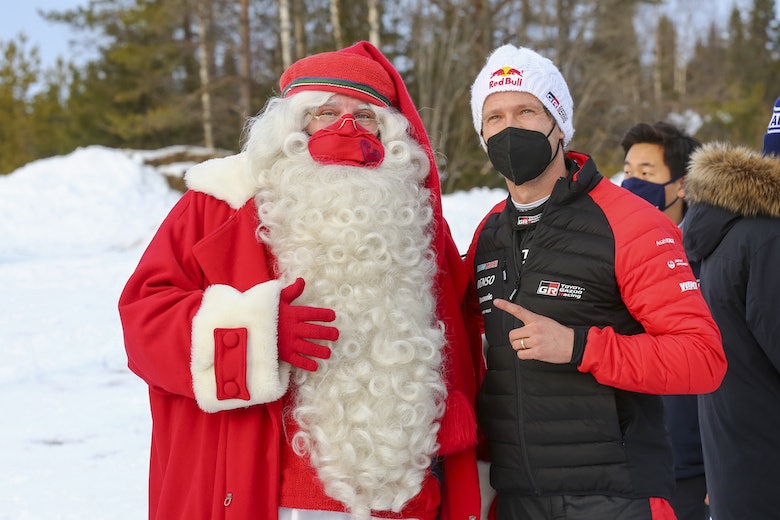 The champ had one of those weekends to forget. Right from the start he knew he’d be up against it as daytime temperatures rose and the chances of any snow dust, that may have compensated for his position on the road, plummeted. Battled back to a reasonable sixth place before getting caught out on the final corner of Saturday’s final stage. Accepted his fate with a pragmatism that hasn’t always been on show in the past. Will feel relieved that he heads to round three of the championship only eight points off the lead. 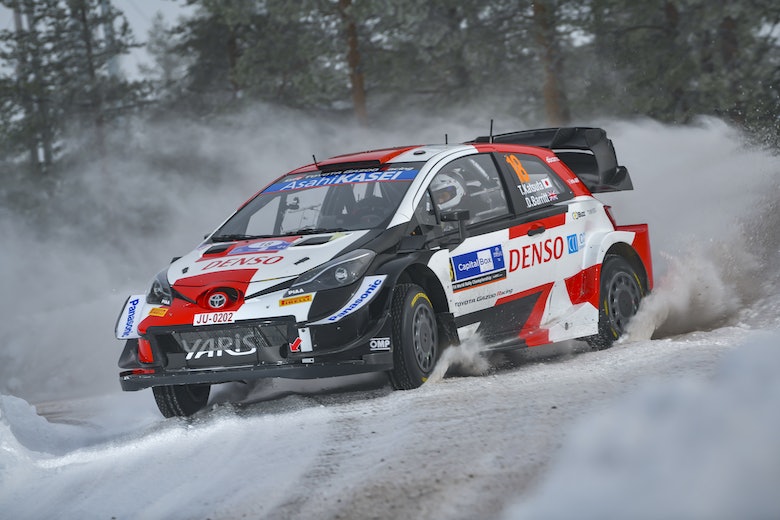 Brilliantly controlled drive from the Japanese ace to claim his second sixth placed finish of the season. Showed us glimpses of what he’s capable of particularly on this surface but a lack of feeling with the car at times tempered his ultimate pace. Last season he was more often on his roof than at the finish and needed this kind of start to show those in charge that he is very much worthy of his place among the world’s top drivers. 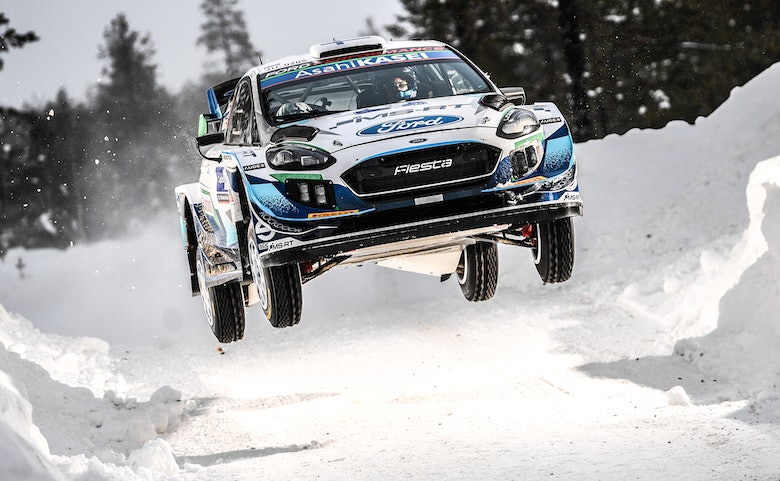 Needed a very big performance here to make amends for his sorry start to the season in Monte Carlo. Suninen couldn’t have hoped for a better event to prove himself on. Home soil and great winter conditions should have given him the confidence to push on and silence the doubters. It just didn’t happen though. Very average and strangely lackluster at times was not what Suninen or the team wanted. He got to the end and that has to be taken as a positive but he looks a million miles away from the young driver who battled for a podium place on Rally Finland in 2017. 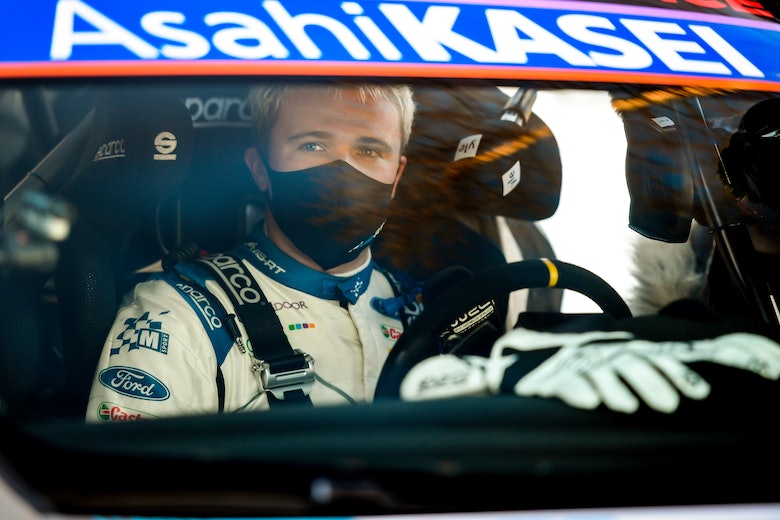 At times Greensmith looked lost and out of his depth in Monte, and at the end of SS1 here, I feared we were in for a repeat. But Greensmith is nothing if not determined and he bounced back brilliantly to set some impressive stage times in comparison to his team-mate. Greensmith takes a lot of flack from the keyboard warriors who seem to forget how little time he has had in this kind of machinery but the speed is undoubtedly there. Rally craft will take more time, but performances like this one show things are moving in the right direction for the young Englishman. 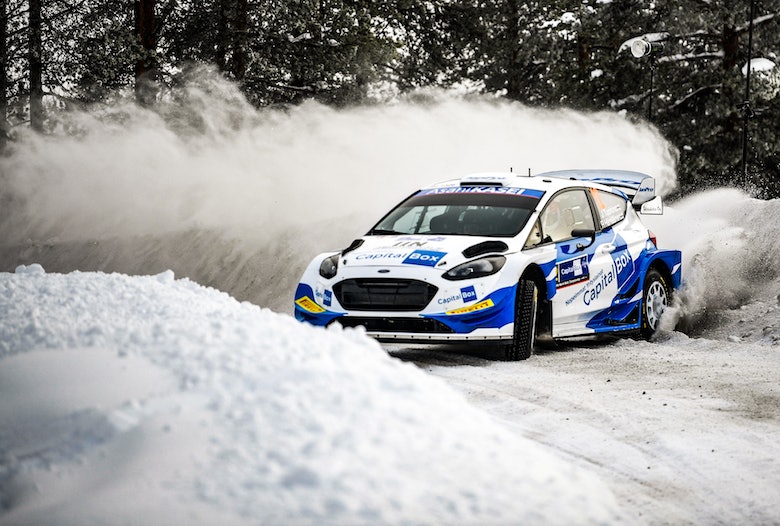 I love this guy, he is one of life’s great success stories. When I first met him he was driving rally cars and sweeping his bosses factory floor to help pay the bills. Twenty years later he’s a successful businessman who can afford to indulge his passion for rallying and remind us all of just how talented a driver he was back in the day. OK, he doesn’t get a 10 for his performance this weekend, nor for his perfectly Finnish reason for retiring from the rally but for his infectious cheerfulness at stage ends and his strong resemblance to a beardless Santa Claus behind the wheel! Check out the onboards and you’ll see what I mean.