It’s been 20 years since a Finn last won rallying’s biggest prize. That’s the one that hurts the most. The days of Marcus Grönholm taunting his rivals in Peugeot’s dominant 206 WRC are long gone now and washed away by French rule and the brief interruption of an Estonian.

This year, that’s surely all set to change. Kalle Rovanperä’s effortless form at the front of the WRC right now marks him as a champion in-waiting, some 83 points clear of anybody else with six rounds left to run.

Nothing can ever be said to be guaranteed in the WRC, but you’d get fairly disappointing odds if you placed your pocket money on anybody other than Rovanperä at your local bookmakers.

The long, two decade wait could soon be over then, but why not be greedy? With a home hero in this vein of form, why not dream of the double?

Incidentally, the last time Finland toasted a local winner and later that year celebrated a world title was also back in 2002. In fact, pointing to how good the home drivers are in their backyard, only three times in history has a Finn won the WRC and not also won Rally Finland that year – and on all three occasions it was another Finn who took victory!

So instead of placing your small change on a Thierry Neuville or Elfyn Evans title win, the form book would suggest that a Rovanperä Finland win next week is a far wiser investment.

But hold your horses, as a Finn winning in Finland isn’t the same safe bet that it once was.

Pour your eyes over the Rally Finland roll of honor over the last decade and it’s depressing reading for the locals. In the last 10 editions, Finland is still on top with three wins, but it shares that honor with France while the UK and Estonia have both claimed two Rally Finlands each since 2011.

It’s that wait we talked about earlier. While the Finns clearly haven’t been starved of a home winner as long as they have for a world champion, the younger generation haven’t shared the same joy of toasting one of their own as their parents or grandparents.

It used to be a question of which Finn would win in Finland. Now, it’s whether they’ll win at all. And the home fans have never had to wait longer for a home win than they currently have.

It was Esapekka Lappi who last delivered the legions of fans the result they all crave, but that was five years ago. Rallying has changed. Thanks to the advent of services like WRC+, anyone can be fast anywhere. Local knowledge is no longer the ace in the pack.

But we’ve provided plenty of omens so far, and this one may make Finnish rally fans the happiest. There’s a really nice chance for history to repeat itself in 2022. 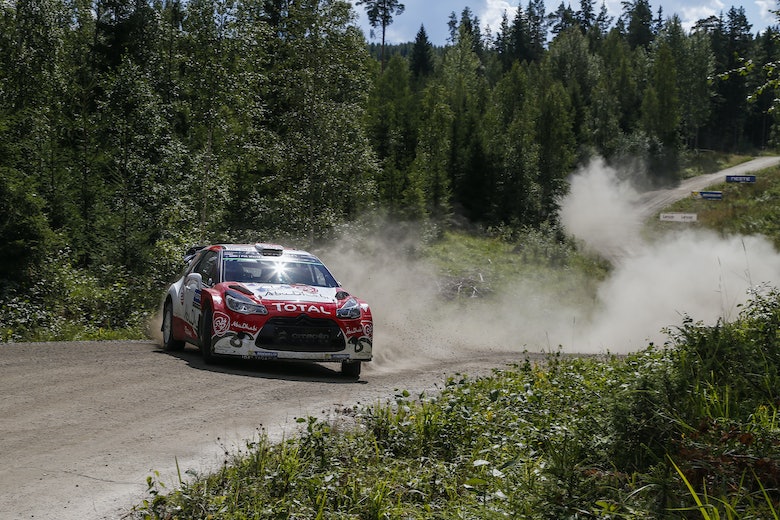 The 10 fastest rallies in WRC history

Back in 2017, the WRC went through significant regulation changes as World Rally Cars were beefed up and made more aerodynamic. Toyota rocked up to Rally Finland with two front-running Finns in an intriguing old vs new generation battle.

Sound in any way familiar? Toyota heads into the 2022 iteration in the exact same position, only this time Lappi is no longer representing the young guns. He’s shifted foot. His opponent, Jari-Matti Latvala, is now the team boss and it’s Mr Rovanperä that he’s got to beat.

Another victory for youth isn’t the foregone conclusion you might be assuming it is though. Granted, Rovanperä looked off-color at home last year but Lappi – on his first start in a top-line car for 10 months – was just a couple of seconds behind full-timer Rovanperä before Rovanperä’s crash.

And this year, Lappi is under considerably less pressure and will start seven cars behind his team-mate in the opening day’s running order. Road sweeping isn’t as profound in Finland as it is in other places, but the small differences can be exaggerated at such high speed.

The other Toyota driver, Elfyn Evans, of course has a victory to defend so will very much be in the race too, while Hyundai’s Ott Tänak and M-Sport’s Craig Breen will be sure to make their presence felt.

But what’s clear is that, for the first time in a while, Finland has one very clear shot at the world title this year, and not just one but two favorites for a win at home as well.

Maybe we are back to asking ‘which Finn will win?’ after all.

How to win in rallycross when you aren’t even driving