Hyundai’s Thierry Neuville hadn’t driven his Hyundai i20 Coupe WRC with Martijn Wydaeghe alongside him before stage one of the Monte Carlo Rally on Thursday afternoon, and Wydaeghe hadn’t co-driven a Rally1 car before at anything close to the speeds he was about to.

Despite this, the pair are in fourth place and 16 seconds behind charging rally leader Ott Tänak in another i20, and Neuville thinks the new partnership in his car has already “worked quite well”.

Wydaeghe was called up after Neuville split with long-time co-driver Nicolas Gilsoul on the eve of the season, and the younger Belgian’s previous Rally1 experience only came to navigating Craig Breen through the chicanes and hairpins of the Monza Rally Show. Going onto snow and ice on the Monte alongside a man determined to win this year’s World Rally Championship title was quite the leap.

“Actually it went quite OK, I have to say,” Neuville admitted at the end of the day.

“I mean it was pretty new for Martijn in the car, the cars are going quite fast. We didn’t know what to expect to be honest, because we had no shakedown, we had no testing together. But at the end it worked quite well.

“We just miss a bit, a little bit of communication issues with the intercom – the sound is not so great. We have to improve on that point throughout the weekend.

“But on the other side he has done a very good job and I was able to drive on a quite good rhythm without taking any big risks.”

After the first stage, Neuville shook hands with his new navigator and told the stage-end interviewers that he had done “a good job for a first stage in a WRC car at that speed”, although it was “a strange feeling” to not have Gilsoul sat beside him.

“The first [handshake] was to say well done for the first stage; his first stage in a WRC car. And the second one was for the end of the day. We had to finish, that was our main target today. We maybe lost a little bit too much time on the last stage, but on the other end I drove on my rhythm which I felt most comfortable and it worked well.”

Wydaeghe’s own response to his WRC co-driving debut was very similar.

“It was more or less good, I think,” he said. “I enjoy it, and the cooperation with Thierry is going well.

“I was happy that in the first stage after a few hundred meters I found a good rhythm already. The second stage was a little bit more complicated with the changing conditions, but we are here, we are happy, we have just some things to solve. I think we can be happy with this performance of today.”

The combination of representing a title-winning manufacturer, debuting on one of the most prestigious rallies in the world and doing so alongside one of the best drivers currently on it must have built up the nerves, and the handshakes must have done a lot to settle them in the tense environment of a World Rally Car.

“Yeah of course, it’s like he’s confirming that’s it’s going more-or-less okay. It’s good to have some team spirit in the car already, and I hope we can continue like this.”

More from Thursday on Monte Carlo 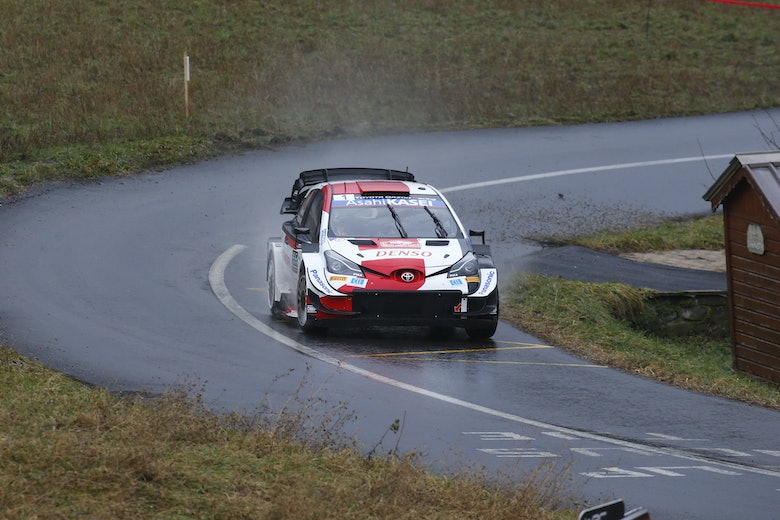 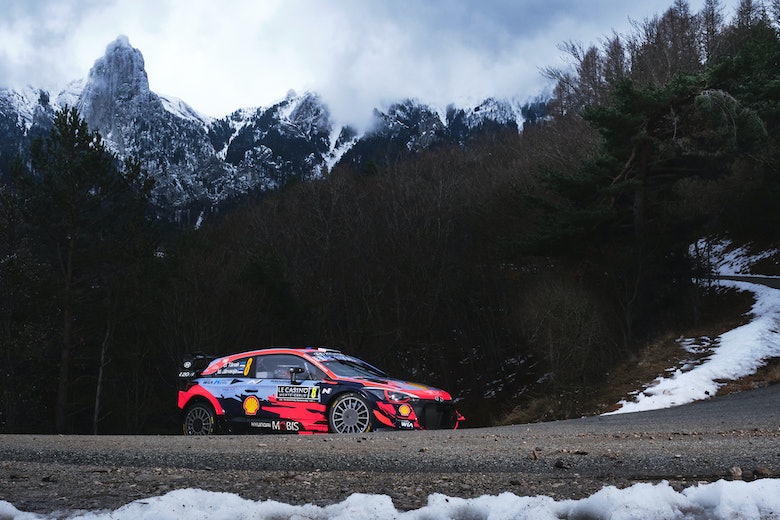