The World Rally Championship steps back into Africa for the first Safari Rally Kenya in 19 years this week. But is it a Safari? Is it a real one?

We’ve all heard the numbers, how the entirety of this year’s competitive route would have fitted into a morning or an evening on one of the original events.

British co-drivers Nicky Grist and Robert Reid know the Safari well, with 15 starts and five wins between them. Both love competing in Kenya and both are well aware of this week’s itinerary in comparison with the events they worked on.

We asked them one simple question: is this week’s Safari Rally Kenya a real one?

No. How can it be? This week is a rough European-style world championship round being run in Africa. It’s not a Safari Rally.

One thing I definitely don’t want to be accused of here is sour grapes. I was so fortunate to compete on eight Safaris in my time and I genuinely feel privileged to have so many stories from those rallies. The event we were doing was a genuine rally with massive, massive endurance. The last one I did with Colin [McRae] in 2002 had more kilometers on the first day (336) than this week’s rally includes in the whole route!

One of the real attractions of the Safari Rally was that it was just so different. Everything was different. When I started on the event for the first time in 1992, everything was still timed to the minute, the roads were open to traffic coming in the opposite direction and, of course, you had the animals.

I’m sure there will be shots of animals this week, we’ll see the odd zerbra or antelope, but when we were doing it you’d get a call from the heli to warn you a herd of elephants were running across the road over the next crest.

I remember some nights we’d come out of the sections and onto the main Mombasa to Nairobi road and we’d be doing 130mph up there. Over the brow of the hill there would be a truck trundling up the road at 20mph fully laden having coming from the port. It was an adventure.

Now, I know the world has changed and I’m absolutely not one of those always looking backwards through rose-tinted spectacles, but I’m actually sad for the guys who are competing that they won’t have the same adventures and the same stories that we had from our time on the event.

Equally, I understand that none of the current generation of drivers ever competed on the Safari back in the day, so they’re not really going to know what they’re missing. And I understand how important it is that we have a genuine world championship. 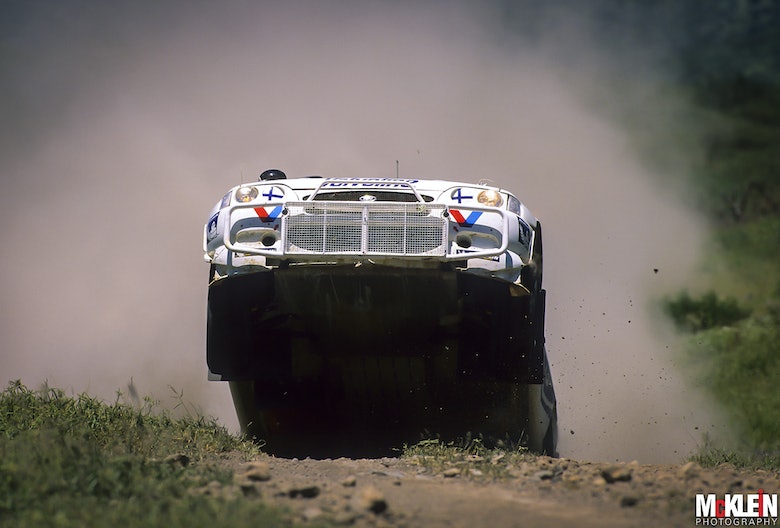 Winning the Safari Rally was always a massive deal for a driver, co-driver and, of course, the manufacturer – some of which like Toyota would have been testing there for six months. To leave Nairobi with the trophy was absolutely one of the biggest moments in your season and career.

Will that be the same on Sunday? I’m not sure.

There’s an emotional response to that question and it’s the same one that you would get if you asked people about when we serviced at the side of the road. Or when we did the last mile or so before the stage start with helmets and belts on warming the tires up.

Those days were great. But they’re gone now.

And there’s no doubting the Safari we have this week is a very different event to the one we competed on 20 years ago. It has to be. As an organization, one of the FIA’s purposes is to make and keep both events and roads safer. To go back to an open road-style event is simply not going to happen. And neither should it.

I’m working with Mohammed ben Sulayem on his bid for the FIA presidency this year and one of the key pillars we’re campaigning on and looking to bring wide-ranging policy change to is diversity. How is it the World Rally Championship has been ignored from Africa, from a whole continent, for 19 years?

I love Africa. I loved my time on the Safari Rally and I am absolutely delighted the WRC is going back to Kenya. Surely it’s better to go back with a rally which is tailored to the needs of the modern world rather than not go back at all. 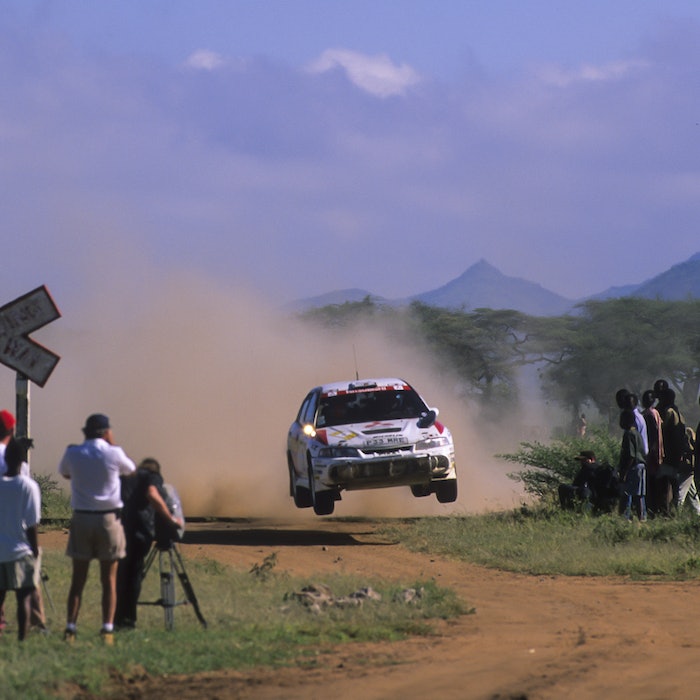 In a DirtFish column last year, Reid explains just what makes the Kenyan event so special

You only have to look at some of the names of the stages like Kedong or Elmenteita to know the challenge they will provide. Granted, that challenge won’t be as sustained as it was and the endurance element won’t be what it was, but those roads used will still be just as rough as ever.

There’s a lot of talk about that 2002 Safari, the last one. It covered just over 1,000 competitive kilometers – that’s three times the size of this week’s event. But go back another decade and the 1992 event had knocking on the door of 3,000 competitive kilometers. Times change and we have to accept it and with the case of this week’s WRC round, we have to embrace it.

Showing the world around Naivasha and Kenya on the Safari Rally Kenya will help promote motorsport locally far better than we could ever have hoped to do before and that legacy is vital in helping motivate and stimulate demand for motorsport in Africa. This is especially the case when you have such powerful and committed political figures working to deliver the World Rally Championship’s message.

Again, we need to embrace this following and this interest.

If there is one thing I would change for the current drivers and co-drivers, it’s the length of time they’re spending in Kenya. When Richard [Burns] and I were competing on the Safari, we’d be there for weeks and months. You got the full flavor of the place and you met some amazing, amazing people like Ian Duncan. As much as you never forget the place, you never forget the people.

Flying in a day or two before the recce and leaving the night of the finish, it’s just not quite the same. This week’s Safari isn’t the same as when we left, but I think it’s still sufficiently different to provide more than a memory or two for the crews.

For sure, when they get out of the car to do tire pressures in Estonia three weeks later, they won’t be wondering if the king of the jungle’s waiting behind a bush…

This isn’t the Safari Rally we know and love. So should it be called the Safari Rally Kenya? I don’t think it should. But I’m not sure we should take that to be a negative. I’ve watched the organizers’ onboard videos of the stages a couple of times now and, rest assured, there will be sections where the crews will need the word ‘stop’ in the notes.

This is not going to be a rally which can be won by driving flat-chat from the word go. Strategy, guile and a strong head to rule the heart will be needed to top the podium on Sunday. Fortune will favor those brave enough to look – then looks again – before they leap.

And to have another thinkers’ style event in the World Rally Championship is great, especially given that its coming in Kenya. The combination of Africa and Greece really help to redress the balance, shifting the emphasis slightly from the stream of fast and medium-fast European gravel rallies.

If the Automobile Club de l’Ouest decided a day was quite a long time and an afternoon would work better for them, you wouldn’t expect the event to still be known as the Le Mans 24 Hours race. David Evans

But the Safari Rally is about endurance and endurance does, I’m afraid, mean more than 198 competitive miles.

So, what we have this week is a tough, three-day round of the world championship in Kenya. That doesn’t make it a Safari Rally.

If the Automobile Club de l’Ouest decided a day was quite a long time and an afternoon would work better for them, you wouldn’t expect the event to still be known as the Le Mans 24 Hours race. Maybe that’s a bit too literal.

How about a tennis tournament being organized across a weekend in the summer on Wimbledon Common? The matches would still be played on grass in SW19, but it wouldn’t be Wimbledon. 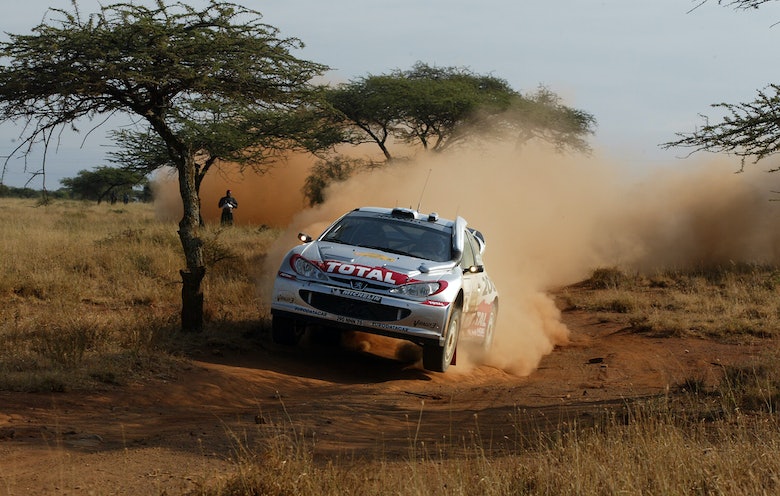 The Safari Rally has a magnificent history and a win should rightly remain a cherished possession for driver, co-driver and manufacturer. The level of investment needed to win that rally far outstrips what’s being spent this week, so should the return in terms of bragging rights and silverware be the same? Probably not.

The Safari’s a brand and a brilliant brand at that. This week could detract from that, which is why I’d have gone for a straight Rally Kenya title.

Rally Kenya will be one of the toughest WRC events in years. And you’d be calling it what it is.

But let’s forget the name and instead, relish the visual treat coming our way as the WRC and the event organizers deliver some of the most stunning landscapes from a part of the world we’ve been absent from for far, far too long.

Who’s side are you on? Let us know in the comments.