Andreas Mikkelsen will mount both a WRC2 and European Rally Championship title assault in 2021 aboard a Škoda Fabia Rally2 evo, but he hasn’t given up on contesting some events in a Rally1 car as he bids to return to the WRC’s top class.

Mikkelsen is fighting back from his second ejection from the WRC. His first, back in 2017, came after Volkswagen’s sudden departure from rallying following the company’s emissions scandal and was resolved almost 12 months later when he found refuge in Hyundai. But after a lackluster couple of seasons, Mikkelsen was dropped in 2020 and left without a drive.

He regrouped and returned at the back end of the 2020 season, winning his comeback event in the ERC (Rally Hungary) and also the Monza Rally in the WRC3 class in a Škoda Fabia Rally2 evo.

In 2021, the Norwegian will complete a full season in the Fabia and when he isn’t competing in either WRC2 or the ERC with Toksport – which ran Pontus Tidemand to second in WRC2 last year and Chris Ingram to the ERC title in 2019 – he will be testing and developing the car for Škoda.

“I think that is the ultimate program for me next year,” Mikkelsen said in a video on his YouTube channel.

“I will be in the car all the time. Of course, it’s not the WRC where I really feel I belong to be, but I think this is a great step towards that goal to be fully back to WRC in 2022, I think this is a good stepping stone to that aim.

“And I have one aim next year, and that is to dominate completely every rally that I’m doing. That means win every ERC round, win every WRC2 round. That’s my sole focus next year, to be the fastest R5 car in every rally.

“I have the car to do it, Škoda has the best R5 car for me there is no question about that. I love the car, and when I get to spend a lot of time in it I will just perform better than I did in 2020.

“And I do believe as well, [with] the testing program we have, we will be so prepared for every rally so I feel very confident that we can win every type of rally next year. I think that can put me in the best position going into 2022.” 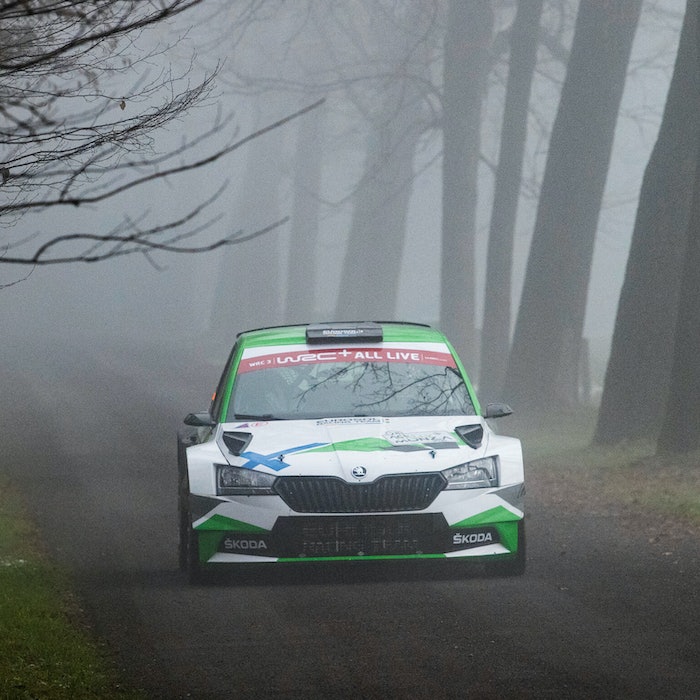 However, alongside the two-pronged championship attack and the testing for Škoda, Mikkelsen is keen to try and get some seat-time in a Rally1 car too. This would most likely be with M-Sport, which is yet to confirm its driver line-up for any of the WRC rounds next year.

“I’m working towards that as well,” Mikkelsen said. “Let’s see if we can make that happen, I would need some sponsors and investors maybe but I’m working on that.”

Mikkelsen also confirmed that on the WRC rounds he will not compete on, he will do the pre-event recce “so at least I learn the stages”.

“I’m super excited, I’m super thankful for Škoda and Toksport that they are giving me this opportunity to do both championships and at the same time given me the confidence to be part of the development of the 2022 car.”

Mikkelsen’s season will begin with Rally Monte Carlo on January 21-24, where he will line-up alongside Bolivian Marco Bulacia Wilkinson. Mikkelsen’s co-driver for the season, however, is yet to be confirmed as his precious navigator Anders Jæger has elected to step back due to family commitments.