Ott Tänak topped the pre-event shakedown stage ahead of Hyundai team-mate Craig Breen as the World Rally Championship returned to Rally Finland for the first time in over two years.

The pandemic has delayed the running of one of the most spectacular events on the calendar, which this year is running in an unseasonal October date.

Tänak, who won the past two editions of Rally Finland for Toyota in 2018 and ’19, was quickest on the short Vesala test by 0.3 seconds over Breen.

Asked if he could repeat his victories of the last two years, Tänak said: “We’d like to know it as well! There is no answer at the moment, we see on Sunday.”

Breen meanwhile, who is on a run of two successive second places in the WRC, added: “It’s great, not a worry in the world, it’s just amazing.

“We have no pressure, just enjoying it. We’re not going to have cars like this for a long, long time so we’ve got 280 kilometers and I’m going to enjoy every second of it.”

Hyundai has strangely never scored a podium on Rally Finland but it went 1-2-4 on shakedown as Thierry Neuville was fourth quickest, 0.2s down on Toyota’s world championship leader Sébastien Ogier.

“I just want to enjoy,” said Neuville. “For the championship anything seems to be difficult now so we need to have fun this weekend and try to bring home a podium for the team, that would be great, but I think it will be difficult.”

Kalle Rovanperä has been touted as the pre-event favorite by many given his rich vein of form and the fact he hails from Finland, but the Toyota driver – who turns 21 today – was only fifth fastest on shakedown.

His best time was 0.1s down on Neuville’s and 1.2s adrift of Tänak’s benchmark. 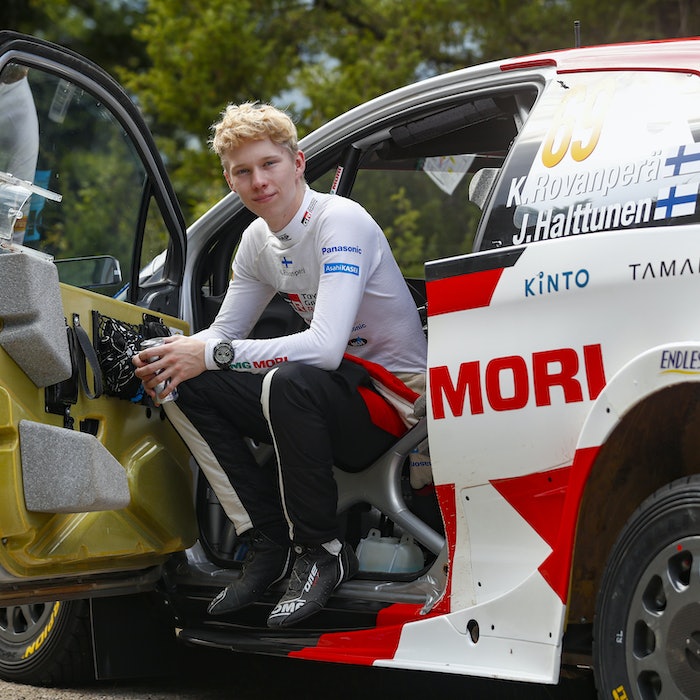 INSIDE THE MIND OF THE RALLY FINLAND FAVORITE

“A home rally’s always exciting,” he said, “hopefully it’s going to be a good one.”

Elfyn Evans – who still has a shot at the title, albeit a slim one – was sixth-quickest in his Yaris WRC, leading the returning Esapekka Lappi and Takamoto Katsuta in seventh and eighth positions.

Lappi hasn’t driven a WRC car in competition since the Monza Rally last December and was happy to be back in a Toyota for the first time since 2018.

“Crazy! But in a good way,” he said, describing the feeling behind the wheel.

“It’s so nice to be back in a WRC car and in a home rally, it can’t get better than this.”

Lappi was 0.2s slower than Evans, 1.8s from the pace, and another 0.2s up on Takamoto Katsuta who’s partnered with the third different co-driver in as many events this weekend with Aaron Johnston’s voice in his ear. 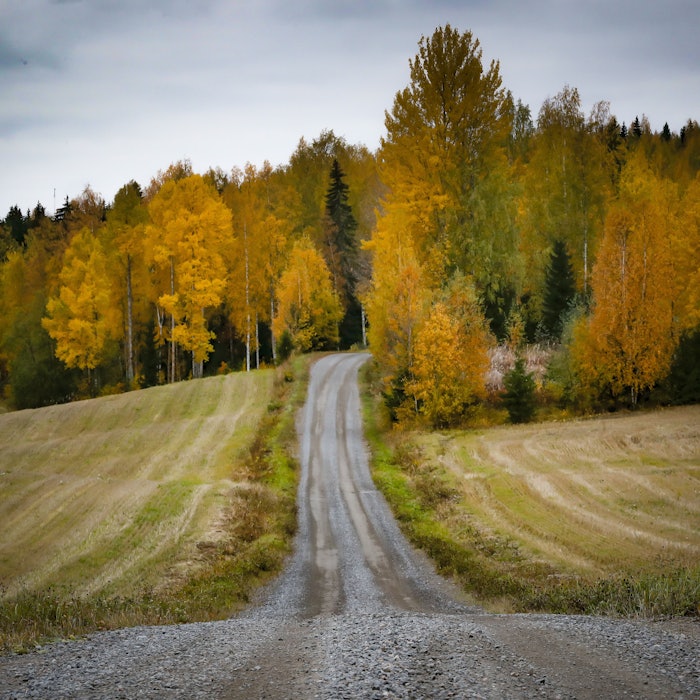 “This is my home rally, so I try to push as much as we can,” said the Japanese-born driver who resides in Finland.

“But this is a new rally for me and Aaron so I try to learn from his reading but it seems to be he is very confident so no problem.”

It could be a long weekend for M-Sport Ford if shakedown times turn out to be truly representative of the rally, as Adrien Fourmaux was nearly five seconds slower than Tänak on a sub-two-minute stage.

Team-mate Gus Greensmith was a tenth slower than Fourmaux but only after doing an additional two runs, as he was over a minute off the pace on runs three and four.

But the Briton, whose last Finland performance was as a substitute for the injured Evans, admitted “it’s going to be a great weekend no matter what” given the sensation of driving a World Rally Car on the Finnish roads.

Teemu Suninen, who left M-Sport at the end of August for pastures new, was the quickest Rally2 car on his first event in a Volkswagen Polo GTI R5.

He was 0.9s quicker than Mads Østberg who has a golden chance to draw level with Andreas Mikkelsen – who’s competing in the European Rally Championship instead this weekend – in the WRC2 title race if he wins and scores maximum powerstage points.

The rally gets underway with the traditional Harju opener in the streets of Jyväskylä at 1:38pm local time.

Five further stages will then be run on Friday including SS6, the Oittila stage, which will be held in the darkness. 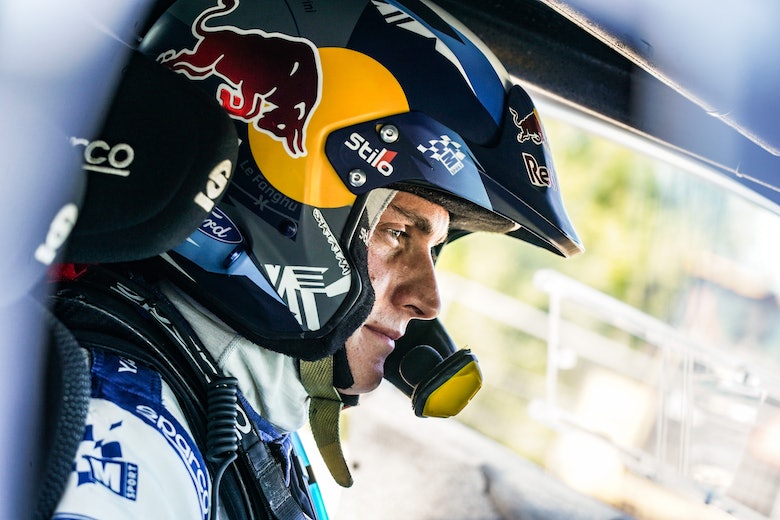 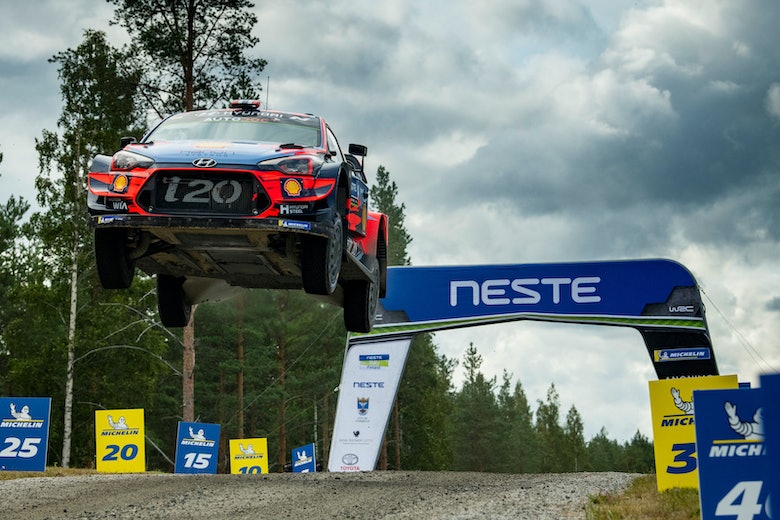 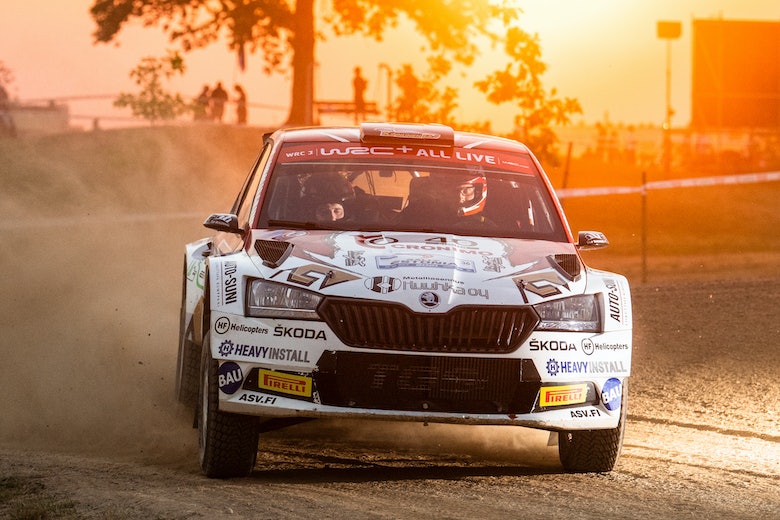