What on earth’s going on at the moment? Us co-drivers are used to keeping our heads down and reading the notes. We’re not really the ones making the news. And yet almost on a daily basis, I see DirtFish reporting another change.

It’s even stranger when you find yourself sort of slap, bang in the middle of all these things.

From my side, it’s pretty obvious why I’m not sitting alongside Taka [Katsuta] in Finland next week. The injury I sustained on the heavy landing in Estonia’s still not quite right. 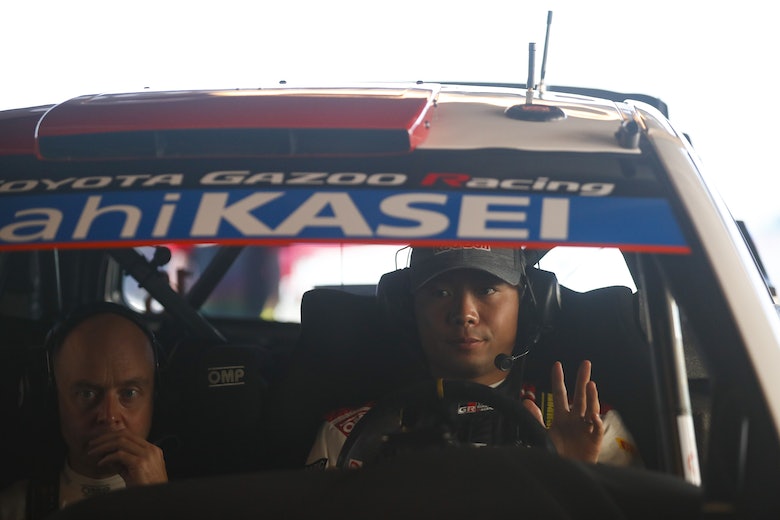 I’m not 100% and it wouldn’t be fair or sensible to compete in this condition.

That’s tough for me. When Taka and I were starting Estonia, the excitement was huge. I honestly felt we were on for something special there. I watched Taka grow and grow and develop into some sort of special driver over the last couple of seasons.

Anybody who knows me will testify that I’m not a hugely emotional person but standing alongside the lad (Katsuta) on the podium in Kenya was a bit of a lump in the throat moment. The speed and the consistency have been amazing this year and it felt like everything was building towards Estonia.

I was gutted with how that one ended.

And it’s the same story now. Watching and listening to everybody getting ready for Finland is really tough. In my mind, this was one for Taka and I to target. Now it’s one for him to target with me supporting from the sidelines.

That’s why I’ll be in Finland next week. I would have been working with Keaton [Williams], but obviously we’ve now seen that Aaron Johnston’s in the car instead. Taka, Aaron and I have already talked and worked together and that will continue.

Of course, it’s hard for a co-driver to get out of the car and watch their seat compete. But I’ve been around this sport for a while, and I know these things can happen. Whatever happens from here, one thing is certain, I remain a member of the Toyota Gazoo Racing team.

Working with those guys is great and the support they’ve given Taka and I is really nice – you only have to look to the messages coming in from [Toyota Motor Corporation president and CEO] Akio Toyoda to see that.

A few folk have been in touch and asked me if I think this could be the end for me in the car.

Not a chance. I’m certainly not ready to retire and I firmly believe there’s still a job to be done for me.

Right now, it’s kind of out of my hands – it’s down to the [medical] consultant and the team to decide.

It’ll be strange to be in Jyväskylä without a race suit and crash helmet next week, but I’ll be there to help Taka and Aaron in whichever way I can.