This week, Belgium will become the 35th country to host a round of the World Rally Championship. A nice headline stat, but really the attention-grabber is that Ypres Rally will, for the first time in its 56-year history, join the WRC.

Of all the rallies to exist out of the world championship bubble, Ypres is perhaps the most famous of them all. It’s not hard to understand why if you’ve been. But if you haven’t, it’s the unique nature of the roads and the unrivaled atmosphere around the famous town centre service park that make this a true classic.

However despite the fame, of the 10 drivers who will be starting the event in World Rally Cars only Hyundai’s Thierry Neuville and Craig Breen have prior experience of the Flanders lanes. That could prove a decisive advantage.

Ypres is an atypical challenge, unlike any other in the world championship, that is characterized by its narrow tracks that thread through the fields and the menacing ditches that lurk beside the turns.

Former Toyota team manager and ex-rally driver George Donaldson knows what it takes to succeed on these roads having run Freddy Loix to his first handful of an eventual 11 wins in this part of the world.

That first success, claimed in 1996, demonstrates one of Donaldson’s pointers for success. It’s all about a clean, disciplined approach.

On that occasion, a fresh-faced and relatively unknown Loix and that year’s European champion Armin Schwarz – also a WRC winner – were both driving Toyota Celica ST205s, but it was Loix who completely cleaned up – beating Schwarz by 2m44s.

“The reality is that somebody very experienced in go-karts is automatically very good on Ypres. It requires this unbelievably disciplined approach, maintaining exactly the right speed into the corner,” Donaldson enlightens DirtFish.

“In ’96 we had Armin Schwarz complaining bitterly about the speed of Freddy Loix during the event. Armin had been complaining that his car wasn’t as fast as Freddy’s which is why he was beaten at the end of the rally.”

Donaldson had met a couple of English rally fans when out on recce and asked if they could help him with some data gathering; standing on some stages and recording some split times.

Armed with a speed gun, Donaldson’s helpers were asked to record the speed Loix and Schwarz approached the corner they were standing on 100 meters before it, 50m before it, just on the apex and then 100m afterwards.

“It was a data-gathering exercise, we always did things like that in case there was any discussion,” Donaldson says.

“Around the corner Armin was very spectacular, that was the comment. Armin was always a scrabble, very Colin McRae-esque if you like at that point. They said Freddy was incredibly clean but didn’t look very fast.

“Armin basically lost 10km/h all the way down the road until he’d done about 600-700m and the top speed was matched. Over the course of 700-800m if you’ve lost 10km/h, you’ve actually haemorrhaged several seconds every corner.

“And Ypres has lots of sharp corners so I cannot emphasise strongly enough the requirement for clean entry into the corner. Exit speed is everything.

Cleanliness then, as has become the norm in the WRC since Sébastien Loeb revolutionized the driving style needed, is paramount on Ypres. Any time lost in the bends is harshly punished with so many squirts onto straights following the tighter corners.

“The harder you try [to push], the worse it gets,” adds Donaldson. “You basically need to be stopped at the entry of the corner, turn that corner, look down the road as early as you possibly can and then you’re accelerating without absolutely no drift or skid, because that just scrubs speed.”

Donaldson stresses that this driving theory is “basic motorsport engineering 101” but “because of the nature of the event it’s more applicable” to apply when tackling Ypres.

“Normal corners drivers face, even on asphalt there’s corners over crests and a lot of it’s down to the judgement and feel of the driver and drifting the car a little bit to carry the speed over a corner. In Ypres, it’s not like that. Generally it’s on a single plane, it’s quite a flat rally.”

A big feature of the event, largely due to the lack of elevation change, are the road-side ditches. But ditch-hooking is not necessarily the best way to go.

On some corners it is necessary to use them to your advantage, but by going off-line you’re ultimately sacrificing some speed for the run down to the next sharper bend.

It’s a point Donaldson makes when discussing the impact road position can have on proceedings. Sébastien Ogier looks to be perfectly placed as the first car on the road on Friday.

Donaldson accepts this “can be” an advantage “because the road does get dirtied up, but again here’s the thing: if he’s dirtying up the road, he’s scrubbing time”.

It links straight back to his driving theory.

“He’d be sacrificing his speed to dirty up the road. If that’s not successful he’s going to haemorrhage time to the guy behind him.

“If it’s dry it’s less of an issue. Because of that clean approach you’re not coming into the corner too hot, what you want to do is leave it hot.

“Quite often where people will have left dirt is off the line which you can choose because it’s not like you’re coming into the corner under braking or going through the corner, that’s irrelevant. It’s the straight-line acceleration away from it. It’s a unique rally.”

It’s a unique rally where previous experience counts for a lot, perhaps more so than on other events. That puts Hyundai in a strong position for a good haul of points with Neuville and Breen – the winners in 2018 and ’19 respectively – in two of its three cars.

“I would suggest that experience and knowledge and understanding of the event is vital,” argues Donaldson.

“As I say, it’s a single-dimensional event. Technically speaking when you look at it it’s a very, very straightforward solution. It would exercise the relationship between the team of core engineers at understanding their car design, the event engineers and the drivers themselves in order to focus in and figure this event. 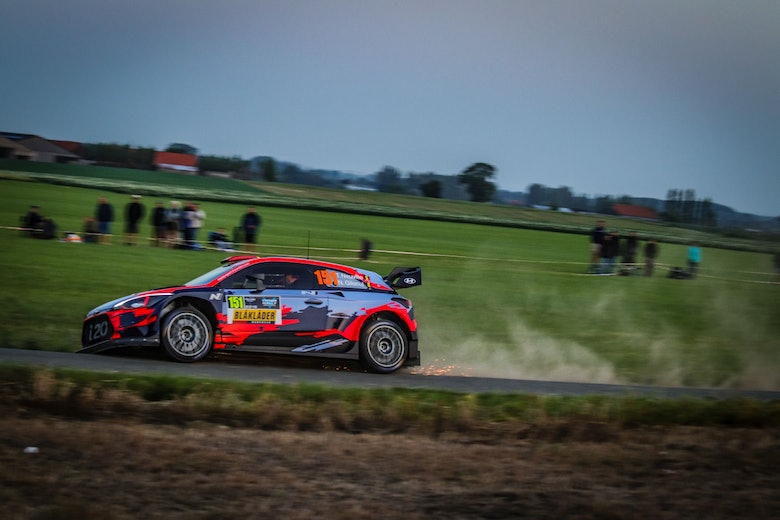 Why Neuville is the Ypres Rally favorite

“Even if you do know about it, you do need the experience of the events to understand them so I would say Craig Breen and Thierry Neuville have a huge advantage.”

The key to Ypres then?

Does that sound like a certain seven-time world champion’s ballgame to anybody else…?

“I would suggest Sébastien Ogier will understand it very well as I expect Elfyn Evans to do,” Donaldson comments.

I’ll be very disappointed if Elfyn doesn’t actually figure this one out as quick as the other drivers, if not quicker George Donaldson

“I’ll be very disappointed if Elfyn doesn’t actually figure this one out as quick as the other drivers if not quicker because he is very, very good on asphalt and he does understand that clean approach. He’s very disciplined.

Drivers like Ott Tänak who hasn’t maybe got so much experience of this, it might be more problematic but again [he’s a] super clever guy,” Donaldson adds. “If he’s analyzed the event, if he reads our article here [he’ll know what to do].

“This event oddly enough will suit a driver that can figure it out that’s not necessarily a Tarmac expert.”

It’s time to place your bets everyone. Ypres Rally is almost go, and it sounds like it could be anybody’s for the taking. 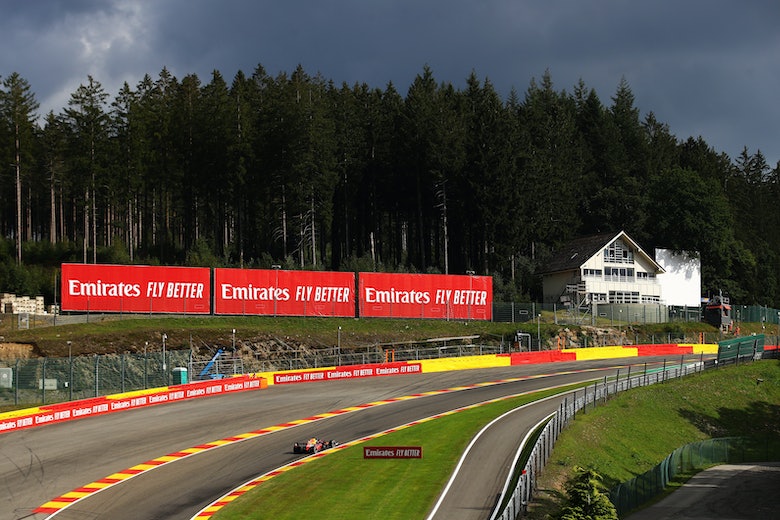 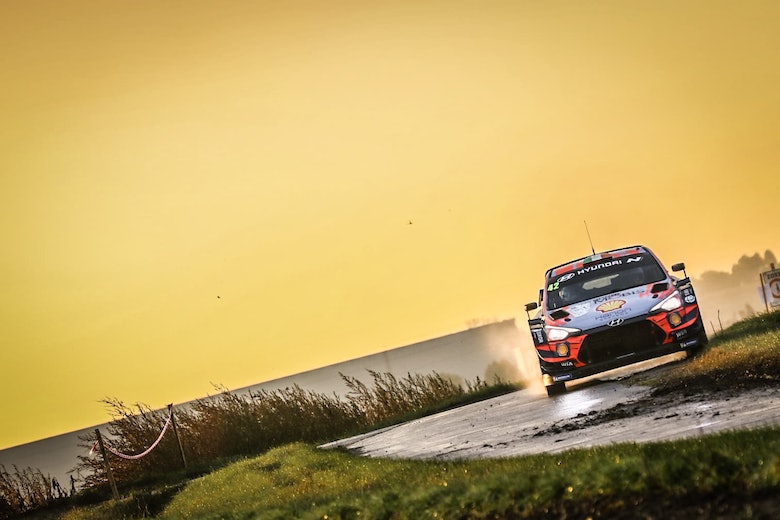 Latvala: Points more important that wins in second half of 2021