Descending the steps of a hired motorhome, Andrew Cowan stopped, grinned and asked if I’d come for a cup of tea. I hadn’t. But in an instant, I definitely had.

With that, I followed a Scotsman bearing down on 70, wearing a bright red baseball cap and thick black sunnies back into the team’s hospitality. Parked up in a Paparoa field, an hour north of Auckland, Cowan was at his hospitable best.

My tea was delivered in a mug. One word on the one side.

And four words on the other side.

The Spirit of Competition. 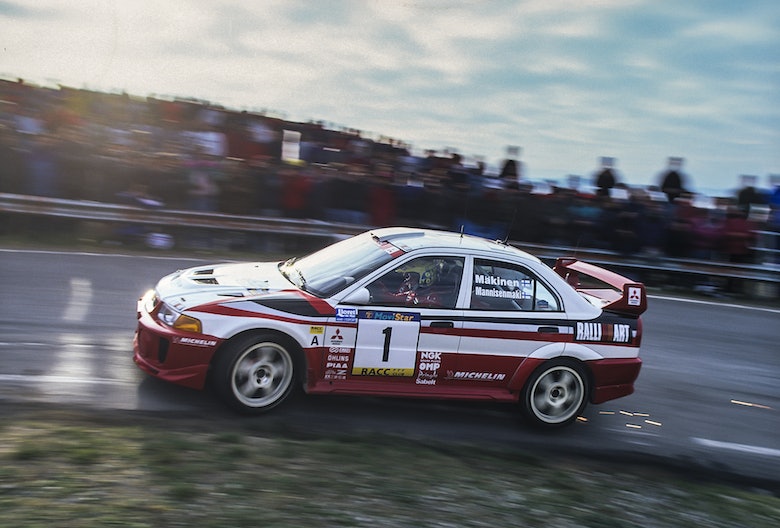 This being shakedown for Rally New Zealand, there wasn’t that much to talk about in terms of the current event, so Cowan and I wandered back in time. Not that far back. Five years or so – to be honest – I can’t remember exactly which year we were sitting in that field.

But we landed in 1998. An exceptional year for Mitsubishi Ralliart Europe. Or, it seems, an exceptional second half of the year.

Why am I telling you this?

It’s back. Or at least, it might be if Mitsubishi CEO Takao Kato gets his way. The Japanese giant’s 2020 financial report contained the statement: “Revival of the Ralliart brand.”

Rarely have five words set so many pulses racing. Mitsubishi Ralliart Europe was one of world rallying’s absolute powerhouses through the 1990s.

Will Ralliart return to the WRC? I can’t imagine many outside Tokyo truly know. And yes, the illustration in the financial report did look more cross-country than Rally1, but humor me. Let’s imagine Mitsubishi Ralliart was back on the entry list for the 2023 Monte Carlo Rally. And now let’s have our imagination run slightly wilder, let’s imagine that constantly swirling speculation of a Subaru return comes to fruition.

That’s where we’d be… a state of Japanese euphoria.

In the history of the world championship, two years stand out for Japanese fans. The first is 1995. The second, 1998. Why? Because in those two seasons, Japanese manufacturers – Mitsubishi, Subaru and Toyota – won all the rallies. And took all the silverware. 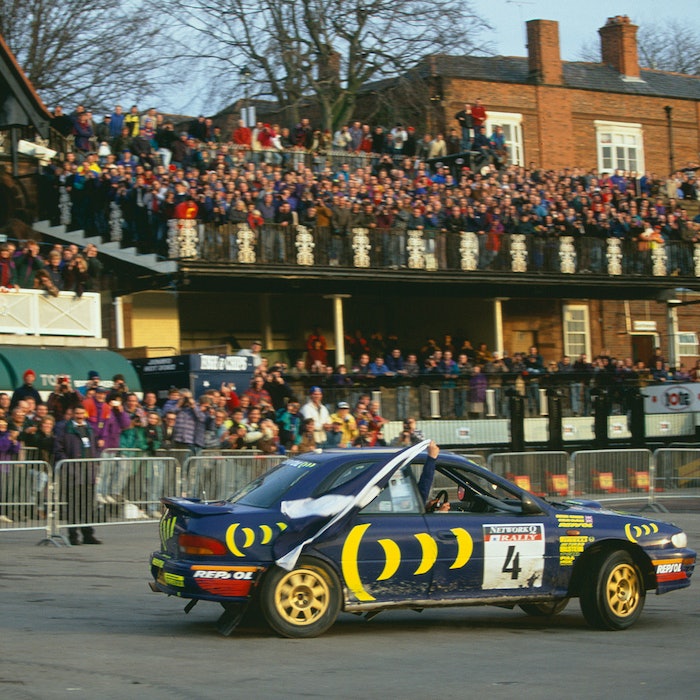 Re-live the conclusion to the 1995 season

Subaru's Colin McRae and Carlos Sainz settled the title in the UK, and it was the home hero that prospered

With Toyota already embedded in the WRC, we’re a third of the way there.

OK, I’m getting ahead of myself. Back to having a cuppa with Cowan in field in the middle of the North Island.

And back to a 1998 season which was shaping up as a straight fight between Colin McRae’s Subaru and the Toyota of Carlos Sainz. Eight events into that 13-round season and the Scot was in the clear and looking good for a second title in four years.

Tommi Mäkinen was 12 points (and don’t forget, these were the days when a win meant 10) down.

The Finn had struggled on two fronts. A nasty bout of pneumonia meant he was some way off his usual form through the first half of the year and he was struggling to come to terms with Ralliart’s fifth evolution of the Group A Mitsubishi Lancer.

Mitsubishi famously shunned the early years of the World Rally Car, preferring to keep the Lancer in traditional Group A trim. But the Evo V was a step towards a WRC, 80mm wider than the car it succeeded, running to the full World Rally Car width of 1770mm.

Led by chief engineer Bernard Lindauer, the car was transformed through the summer.

The Evo V made all the right noises. The wheelbase was slightly longer with the engine and gearbox shunted slightly further back. Lindauer worked tirelessly to find a solution to the suspension geometry and eventually got there, negating the Evo IV’s tendency to cock a wheel in tighter corners.

One of the biggest steps came in the reprogramming of the transmission software. Previous cars had opened the center differential under braking. That led to confidence-sapping instability while trying to get successive Mitsus slowed down in low grip conditions. A software tweak meant a 50:50 lock which helped Mäkinen and team-mate Richard Burns to be more precise with the car on the approach to corners.

The one thing which needed no work was the engine, always a strong point of the Rugby-tuned Lancers.

And with Mäkinen firing on all cylinders through the autumn, a Finland, Sanremo and Australia hat-trick played him right back into the title race.

You don’t need me to tell you what happened on the final round in Britain. Remember a Hillman Imp? Millbrook? Thought so. And then, of course, the final act in a thriller of year came when Sainz suffered the heartbreaker as his Corolla WRC coughed and died within sight of the finish of the final stage.

It’s only fair to point out that McRae had suffered a similar misery one round earlier, when the turbo failed on his Impreza, just one stage away from a second Perth win which would have made for a three-way battle of Britain. 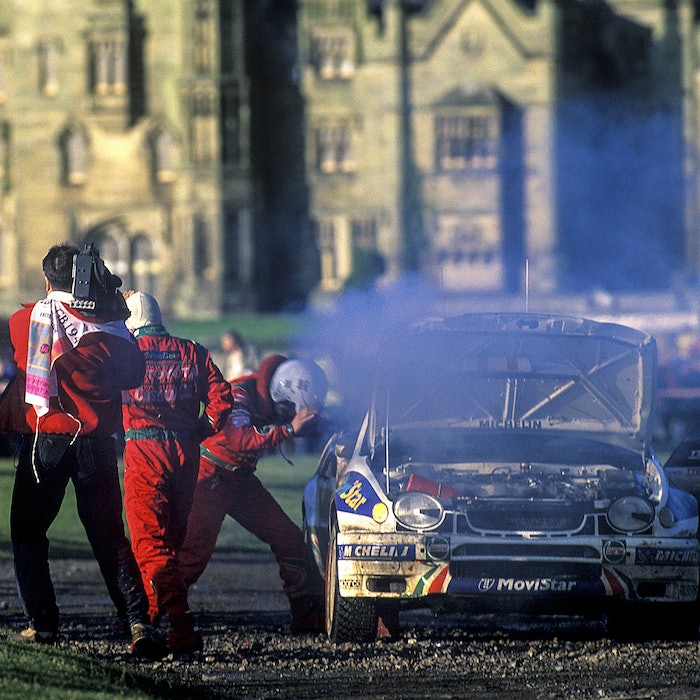 The untold theory about Toyota's 1998 heartbreak

George Donaldson, who was Toyota's team manager at the time, reveals the truth behind Carlos Sainz's final stage disaster

Ultimately, McRae suffered a second engine failure a fortnight later in Wales. The 1998 title was never destined to go his way.

The title – both titles – were heading one way. Towards the British midlands and Mitsubishi, Ralliart, Mäkinen, Burns and, of course, Cowan.

Mitsubishi fans will never forget that unlikely triumph of 1998. Unlikely because Mitsubishi’s budget was dwarfed by the juggernaut that was Toyota at the time. Even Subaru, a far smaller road car concern, was better funded.

Cowan’s ability to spread the Scottish pound further was at the heart of Ralliart’s success.

And the man behind Ralliart embodied the spirit of competition perfectly.

The time is right, Kato-san.