Do double-point finales ever work?

They certainly didn’t in Formula 1. Lewis Hamilton was 17 points up the road from Nico Rosberg heading into the Abu Dhabi season finale in 2014, so in theory the advent of double points for the final round did boost Rosberg’s chances against his Mercedes team-mate.

But in reality, with Hamilton winning the showdown race and Rosberg languishing in 14th with a mechanical issue, the doubled points coefficient merely only exaggerated Hamilton’s final margin of championship victory.

The rule was abolished for the very next season.

So why, when it was hated so much in F1, does Junior WRC continually offer competitors the chance to score twice as many points for the final round of the season?

Surely it’s a gimmick? Surely it can’t be fair, that a rally-winning performance on one rally can be worth twice as much as on another?

But above all else, does it even affect the way a championship plays out?

Ever since 2018, the double points rule has been implemented for the final round of the Junior WRC (with the exception of 2020 when a 1.5 points coefficient was installed due to the shorter calendar thanks to COVID-19).

And each and every season, the champion would’ve been the same if just the regular 25 points were on offer for a win. 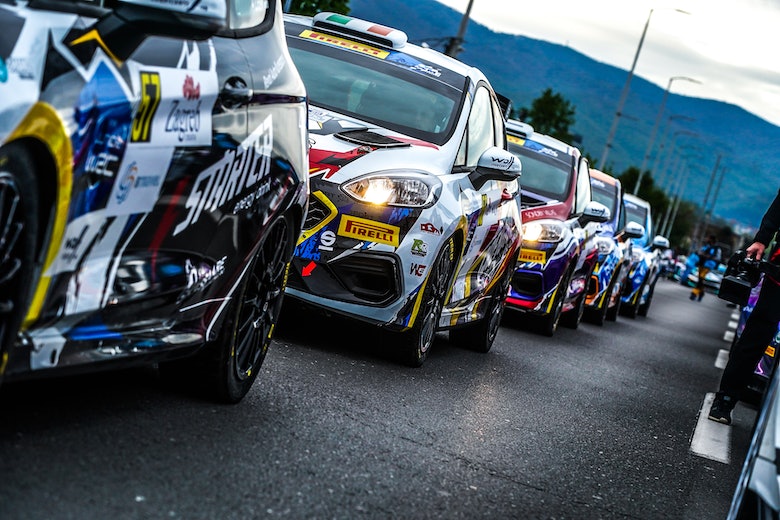 THE GRIPPING TITLE FIGHT BEING DECIDED AT ACROPOLIS

Except it isn’t, because we’ve been looking at it all wrong, as Junior WRC championship manager Maciej Woda explained to DirtFish.

“I can tell you the reason behind having double points, maybe let’s start like that,” he said, when we put the argument to him that double points perhaps aren’t necessary.

“Why we started with double points in the last round is basically to keep the drivers to the end of the championship, because historically we were having drivers pulling out of the season when they had a bad rally or something like that.

“So that’s why we decided to drop the worst score and give double points, but only for those who are competing on at least three events before so you don’t have somebody coming for the last two rallies and getting a lot of points.”

“But, at the very same time, it’s interesting to go to the end of the championship [with everything in the balance],” Woda added.

“Does it add additional spice to the championship? I think it does because it also shows and teaches the guy that it’s not only about speed – speed is very important but also it’s about strategy.

“So I think to be honest it adds value to the championship.”

Does it add additional spice to the championship? I think it does because it also shows and teaches the guy that it's not only about speed Maciej Woda - Junior WRC championship manager

Woda was never going to turn round and state, on the record, that double points are a bad idea for the championship he runs.

But that doesn’t mean to say his opinion is fake, or that it’s wrong, either. Far from it.

It certainly can’t be disputed that increasing the number of points available for the final round does keep competitors invested. Unlike the Formula 1 example which we used earlier where teams are contracted to do every single round, in Junior WRC competitors aren’t paid professionals and can therefore turn up to whichever rallies they like.

With double points on offer, their season is hardly ever going to be over. Take William Creighton for instance. Creighton’s shown great speed this year but doesn’t quite have the experience at World Rally Championship level as some of his counterparts.

So while title contenders Sami Pajari, Jon Armstrong and Lauri Joona have all won rallies this year and Robert Virves has done everything but actually seal the victory, Creighton’s best results are a third and a pair of fifths.

And yet, with 66 points on offer in Greece with 50 for a win and 16 by winning each stage, Creighton is still mathematically in contention to steal the title – 53 points down on the tied Pajari and Armstrong.

Then there’s the argument about keeping the championship more interesting. Using this year as an example, double points certainly weakens the current leader Pajari’s position as with dropped scores considered, he’s nine points clear. But with double points, nine points is basically nothing.

Would double points work at the very top of the WRC? No, it would fall foul of being gimmicky for the same reasons it failed in F1.

But in a feeder series, with just five rounds per season? Whether you agree with it or not from a pure sporting perspective, there’s certainly unquestionable logic and reason why Junior WRC does it.

How Rovanperä can clinch the WRC title in Greece