It feels like a lot has happened since Thierry Neuville and Martijn Wydaeghe proudly stood on the sills of their Hyundai as winners of Rally Japan.

Toyota has confirmed its 2023 driver lineup, Hyundai has done the same, and next year’s World Rally Championship calendar is in place.

That has prompted plenty of discussion – most notably in the return of the Americas (México and Chile) and the all-new Central European Rally.

In fact, if you want to hear extensive thoughts on this topic, check out this week’s episode of SPIN, The Rally Pod available on both Spotify and Apple Podcasts.

But it’s not just about the new, it’s also about the now. Rally Japan is still the center of some debate, three weeks on from its conclusion.

We’ve already been over the litany of issues that blighted this year’s finale, but from a sporting standpoint Japan hardly passed with flying colors either.

“I think for David, Colin and our videographer Eliot – all the guys that were actually there – Japan was a great event,” said DirtFish deputy editor Luke Barry on the podcast.

“I think it’s fantastic that the WRC was there. But for us, at home, it wasn’t really the most entertaining of spectacles this year.”

You need only look at the changes made to Formula 1 in recent seasons to understand how important the spectacle is for a successful championship.

It’s not often you would associate the word boring with the WRC, but Japan did begin to drag for those who watched it live throughout.

It’s led Barry to believe that it isn’t really suitable to be a season finale, as it once again will be in 2023.

“So that naturally makes it a little bit less interesting, but then again the Brazilian Grand Prix this year was one of the best F1 races of the year, and there were no championships up for grabs there either.

“So you can have a good sporting spectacle without there being a bigger picture shall we say.

“What was missing from Japan? The stages were probably too technical, you sat and watched an onboard and I didn’t feel absorbed, I didn’t feel like I was on the edge of my seat when watching it.

“And the time of day probably didn’t help for the European audience either. I don’t have the figures to hand, but I’m assuming that most of the people that watch WRC+ are in Europe, so it’s not so ideal.

“Put it this way, if I wasn’t working I wouldn’t have stayed up during the night to watch it. I think that’s the best way to put it.”

Former Toyota, Mitsubishi and Subaru sporting director George Donaldson felt let down by the coverage on offer, further adding to the feeling that Japan wasn’t a thriller for fans at home.

“For me, technically, the coverage was poor by normal WRC standards,” Donaldson said.

“There was very little stage-side footage – OK because it’s very tight and twisty, maybe that was very difficult. The in-car footage was unwatchable a lot of the time and it put me off going back to it because it kept breaking up.

“We know the technical difficulties, it was wet and when you’ve got wet foliage it affects the signal, we get that it’s difficult to do, but technically it wasn’t an enjoyable watch like it normally is.

“And to that end, at the end of the day I couldn’t even get all the onboard footage I wanted at the end, they didn’t bother to upload it. 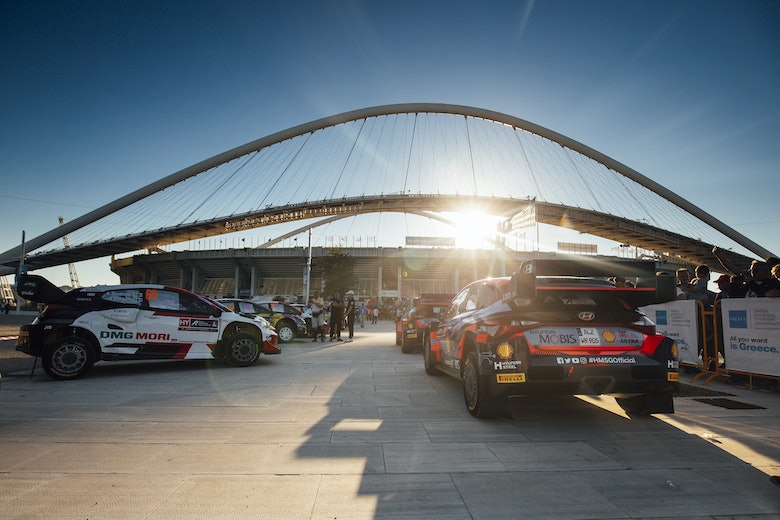 “I was disappointed in my WRC+ footage to the point where I was actually getting a bit narked (annoyed) and I thought I’m not going to pay for this next year. I will, but they need to do better.”

Senior staff writer David Evans meanwhile pointed to the nature of the stages – and even the surface – as reasons why Japan was a bit stale.

“Sébastien Ogier said it right. The stages were super technical but ultimately Ogier said ‘we’re rally drivers for a reason, and that reason is we like to drive fast’. And there wasn’t enough of that.

“There were some quick sections, some interesting places but far too much of it was just tight and twisty and talking to people out there, I asked that question and in a very Japanese way nobody wanted to chuck anybody under a bus.

“But a couple of people said to me privately: ‘look, we’d found some really quick stages and they were too quick, the FIA, the promoter, they weren’t keen on these really fast stages’. Maybe we need to find somewhere in the middle.

“Ultimately, in terms of a sporting contest, I’m not sure that Tarmac rallies always work. We’ve said it before in terms of Spain – Spain’s been quite a dull event at times.

“Go back 20 years and David Richards when he was the promoter of WRC, he actually wanted a predominantly gravel championship because stuff happens on gravel.

“When you’ve got dry Tarmac you’ve got absolutely zero tire choice discussion going on – everybody’s on the same tire, everybody’s taking the same speed through the corner because the grip is very tire dictated and the only time things get a bit sporty is when it rains.

“Look what happened on Sunday, it was amazing. When you get a wet Tarmac rally, it can be as good as anything. But you can’t rely on the rain and the weather to spice something up.”

Was Japan a good season finale, or should the WRC look elsewhere for its final round showpiece?

Let us know in the comments, and look out for a special feature coming soon in December where the DirtFish team designs our perfect 14-round WRC calendar.

The quirk in Paddon’s latest success