A lot has been made about NASCAR’s decision to hold a dirt race at Bristol Motor Speedway, but it won’t be the first the ‘Last Great Coliseum’ has got dirty.

Back in 2013, the track in Tennessee played host to rallycross. That year Global Rallycross had an agreement with Speedway Motorsports Inc. which led to it racing at New Hampshire Motor Speedway, Atlanta Motor Speedway, and The Dirt Track adjacent to Charlotte Motor Speedway in addition to Bristol.

The event at Bristol was the fifth round of that year’s GRC series, the first of two standalone events, and the second of four that year to take place on a NASCAR oval.

Bristol in rallycross trim was unique: half a mile, much like the oval, but with a tight infield section and a third of the lap covered in dirt in the form of loose but heavy gravel. Unlike other rallycross courses, the track utilized the oval’s steep 30-degree banking, which at NASCAR turn four funneled into an extremely tight turn onto the infield which caught many drivers out.

Towards the end of the lap, as drivers transitioned back onto the all-concrete banking, the harsh transition proved to be another difficult aspect to manage. The short course finished with GRC’s signature tabletop jump on what would usually be the back stretch.

The track was tough to master: tight, twisty, and hard on cars; much like it is in NASCAR trim. Tanner Foust took both of his front tires off the wheels during his opening heat by hitting that banking transition wrong and subsequently catching a wall. Foust’s Olsbergs-led Ford team – consisting of six cars – suffered nine flat tires in practice, ahead of the heats, such were the loads and demands put on the cars by the bonkers Bristol course.

However, the cars prepared by rally outfits (Ken Block’s M-Sport Fiesta and Liam Doran’s Prodrive Mini) handled the course much better during the early stages of the event, benefitting from a softer suspension setup which allowed them to handle the unorthodox banking and rocky loose gravel sections.

Block, Patrik Sandell, and Sverre Isachsen shared the heat wins as eventual series champion Topi Heikkinen failed to win a heat for the first time all year. In the Last Chance Qualifier Brian Deegan held off a charging Tanner Foust to earn a final berth alongside his compatriot and Timur Timerzyanov who was driving a Dodge Dart in place of Travis Pastrana who was on NASCAR duty at Chicagoland that weekend.

The 10-lap, nine-car final was a typically action-packed affair. Block got the jump on fellow front row starters Sandell and Isachsen at the start, but the trio faced pressure from an aggressive Heikkinen, with all four funneling their way into the super-tight first corner of the banking.

Heikkinen prevailed with a healthy gap to Isachsen and NASCAR convert Steve Arpin who’d found his way past Block in the scramble, while Sandell was left off the course and pointing the wrong way.

Second lap contact between Isachsen and Block as Isachsen emerged from the joker allowed Deegan to sneak past the Subaru driver, with all of that playing into the hands of Heikkinen who was untouchable, miles ahead out in front.

Block closed the gap towards the end of the race – his M-Sport Fiesta a second quicker than Heikkinen’s OMSE machine throughout the weekend up to that point – but was unable to find a way past.

Second for Block was his second podium of the year, while Deegan remained in front of Isachsen to scoop his second-straight podium.

After his first-lap shunt, Sandell took advantage of a high attrition rate to finish sixth, with Arpin, Foust, Timerzyanov, and Foust all retiring.

Meanwhile GRC Lites also featured on the bill for the second time ever, and was won in equally dominant fashion by another Finn, Joni Wiman. Wiman led from start-to-finish in a final that had to be restarted after Kevin Eriksson rolled after a high-speed collision with a wall at the end of the infield section.

Wiman went on to sweep the entire Lites season in 2013, and would follow that up with a Supercar title a year later.

GRC sadly never returned to Bristol after the 2013 event, but continued to race at some of the US’ best-known ovals, including Daytona, and Lucas Oil Raceway in Indiana in subsequent seasons. 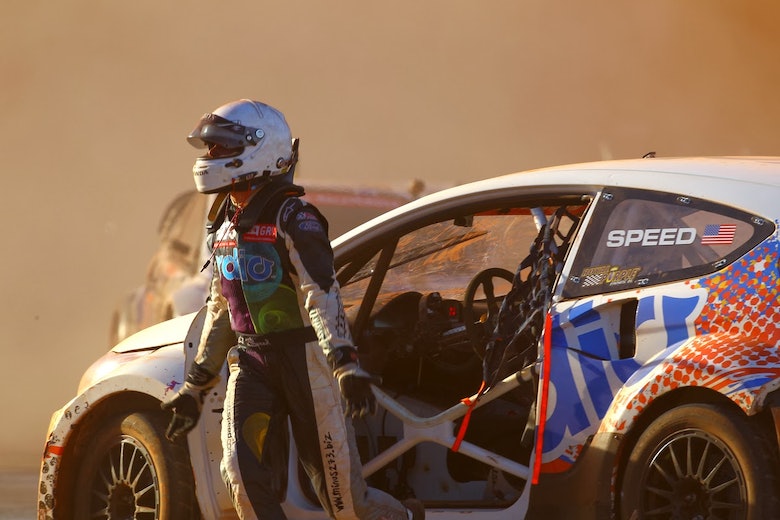 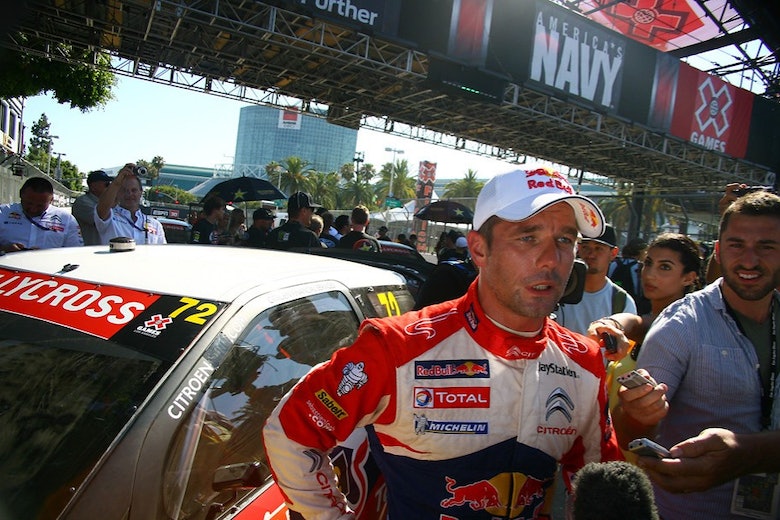 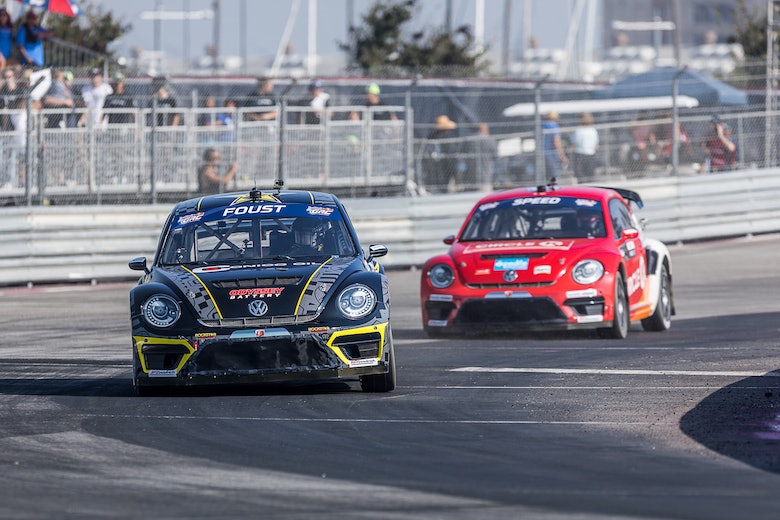 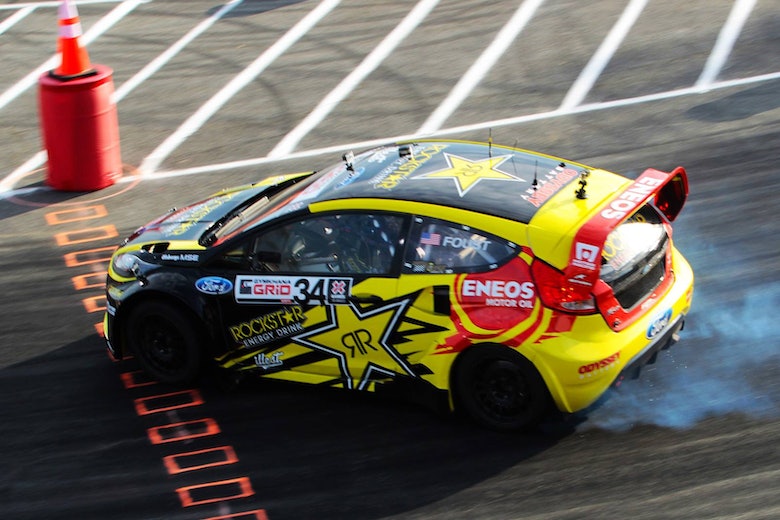