He’s therefore already getting a sample of what at least part of life after Formula 1 could be like if he were to decide not to race anything at all in 2022. I suspect he’s not going to enjoy it very much.

As much as he doesn’t give a f*** about many facets of his job as a professional racer (he’s number seven on our Top 10 WRC Mavericks list for good reason) I bet he’ll miss the driving. 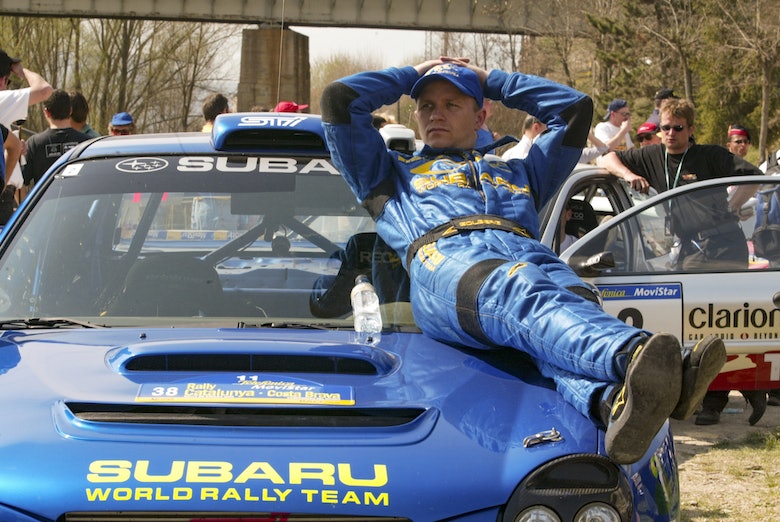 So, what next? He’ll have offers aplenty over the next few months. But there’s one that emerged recently that caught my eye.

Two-time World Rally Champion Marcus Grönholm made a very public overture towards Räikkönen in a recent interview with Ilta-Sanomat: he wants the 2007 F1 world champion in his World Rallycross Championship driver line-up in 2022.

The question remains – is Grönholm’s ambition to sign Räikkönen even slightly realistic?

I think it is – though there may be a few hurdles to overcome.

Räikkönen wants to get stuck in

First up, a big, juicy tick on the checklist. Kimi likes rallycross. And he’s wanted to get behind the wheel of an RX1 (née Supercar) for some time now. With his F1 career done and dusted, now’s his chance.

“Rallycross would be very nice to try, it looks good fun – similar to rally but against each other,” he said during a press conference at the 2014 Austrian Grand Prix.

“Obviously I enjoyed rallying a lot, it’s a very difficult sport and a good challenge. I think it’s good to do different things because you always learn something and it’s good fun also.”

While the RX1e cars that’ll be lining up on the World RX starting grid next year will be a different beast to the ones on offer in 2014, their performance levels are likely to be slightly higher than the petrol cars they replace. And there’ll be oodles of instant torque to dabble with.

Compared to his experience in Formula 1, World RX will be an idyllic paradise

It would be a surprise if electrification on its own suddenly led to a complete 180-degree turn of opinion. The DNA of rallycross is otherwise still the same.

As an added bonus, eight years of experience with the hybrid units in F1 and how they affect deceleration with the regenerative braking effect should come in handy too.

World RX’s RX2e feeder series has already made the switch to fully electric vehicles this year. Drivers there who previously competed in the combustion-engine RX2 formula have already commented on how different braking has been after the RX2e switch. It’ll likely be similar for World RX1e – so Kimi may already have an upper hand on the rallycross lifers.

A more relaxed schedule and atmosphere

Kimi hates travel. He once skipped a WRC round that his team was required to compete in; it was on the other side of the world in Australia, and he couldn’t be bothered going. He’s also spurned media commitments wherever he can get away with it.

Compared to his experience in Formula 1, World RX will be an idyllic paradise.

There are sponsor commitments of course – world championship programs don’t pay for themselves. But compared to a Formula 1 schedule, World RX will be a doddle.

This season F1 had been targeting 23 races and may well hit 22 even with race cancelations and substitutions. World RX meanwhile is looking at somewhere around half that number. And even when trips to South Africa, the Middle East and North America inevitably return, they’ll be rarities punctuating a European backbone. 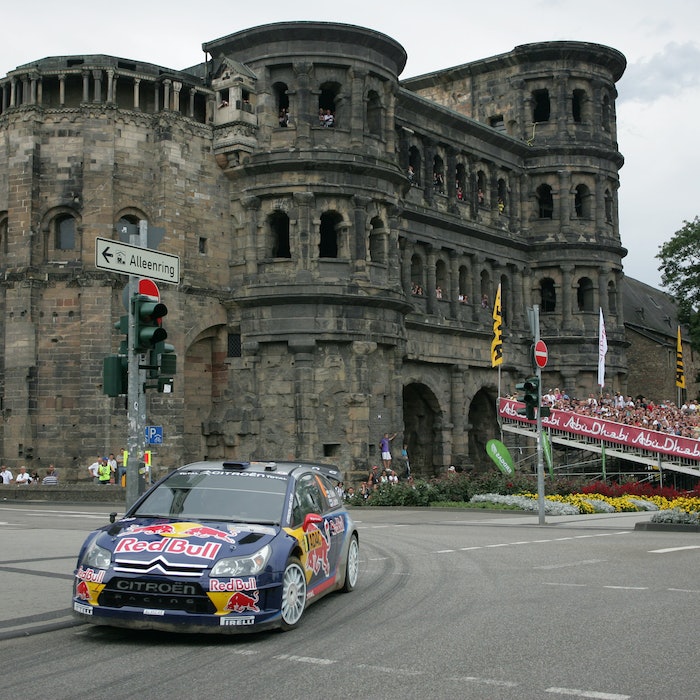 No Räikkönen Toyota test before 2022

The F1 star could sit in a WRC car once more, but it won't be until the new year at the very least says Toyota team boss Jari-Matti Latvala.

There’s one problem that may burst Grönholm’s bubble, though: his comments immediately after announcing his F1 retirement.

“No plans. I don’t want to have a schedule,” Räikkönen said when asked about a potential WRC return.

“Last time I did rallying and there was always a schedule, and I don’t want that. I’m not in a rush.”

But this is where a big plus for World RX versus WRC comes in – the itinerary. There’s no need to turn up on Monday to complete a recce, craft a set of pacenotes and then be on the road during rally days from dawn ’til dusk, as can sometimes be the case on the more arduous itineraries. In theory, Kimi could show up as late as Friday morning for a World RX event and be gone by Sunday evening.

When COVID-19 and promoter-change disruptions aren’t in the way, the rallycross season usually won’t start until late April. No rush? No problem. He’ll have plenty of time to rest after the 2021 F1 season is over.

There’ll also be fewer media commitments. Right now, RX+ only requires the drivers to do one mandatory TV interview per day, plus press conferences for the top three and the Q1 grid draw. Other than that, there won’t be many media commitments or cameras thrust in front of Kimi’s face.

For the love of money? Not a chance

One thing definitely not on offer in rallycross is a big, juicy paycheck. There’s plenty of elements that could make rallycross attractive to Räikkönen – but the money isn’t one of them.

Kimi will undoubtedly have taken a pay cut when moving from Ferrari to Alfa Romeo back in 2019 but his salary is very likely to be at least double what a top two-car World RX team spends during an entire campaign, at least in the current independents-only era.

Indeed, GRX is down a driver from last season as Timur Timerzyanov couldn’t muster the budget to run full-time this season. Since the manufacturers left en-masse at the end of 2018, most of the World RX field is made up of what are effectively pay drivers. That’s not a reflection on their talent – merely the economic reality of rallycross in the current era.

If Kimi’s expecting a healthy seven-figure salary, then rallycross will drop off his radar quickly. But you never know – maybe he couldn’t care less about what he’s getting paid, so long as he’s having fun behind the wheel. We can only hope.

A shot in the arm for rallycross

Right now, World RX is in the midst of a tricky transition period. RX Promoter – legally a different entity to WRC Promoter but in practice one and the same thing – only took over from former promoter IMG a few months into 2021. They’ve had to get their restructured promotion strategy up and running post-haste, all while maintaining a holding pattern of sorts as the countdown to the electric era in rallycross ticks closer.

It’s not been easy so far: despite Johan Kristoffersson’s best efforts, Hansen World RX Team has taken a clean sweep of one-two finishes to start the year and is already at risk of running away with both titles. Of those, only the season opener in Barcelona had enough entries for qualifying to eliminate drivers for the semifinal races.

A driver of Räikkönen’s stature will help kick off the electric era with far more fanfare than it otherwise might get. It’s been a while now since WRC greats Petter Solberg and Sébastien Loeb were on the grid and drawing fans across from the stages to watch circuit racing.

Now all we need is Bosse to convince Kimi to make the switch. And maybe see if Robert Kubica could rock up at EKS JC next season too for some added swagger in next year’s World RX driver pool. I reckon he’ll have fun being all sendy. Perhaps we could tack Autodrom Słomczyn onto the calendar as a sweetener. Deal?