On reflection, the bloke waving at us from a field a handful of miles back might have been trying to tell us something. Three red and white concrete blocks in the middle of the road were another indication this might not have been the right road. On we went, complete faith in Google Maps.

I’ve seen blocks roads before, but this one was something special – less rockfall more collapsed mountain. And that’s how we spent the next 15 minutes reversing a 52-seater bus back a mile or so down the narrow pass up which we’d come.

That was just the start of it.

Heading in another direction, DirtFish’s director of marketing Trevor Wert’s brow furrowed slightly. As a man who has spent years flying more than 150 meters on a pair of skis, not a lot truly troubles Trevor. Except somebody not coming to terms with a map.

“We’re going south,” he said. “We should be going north.” 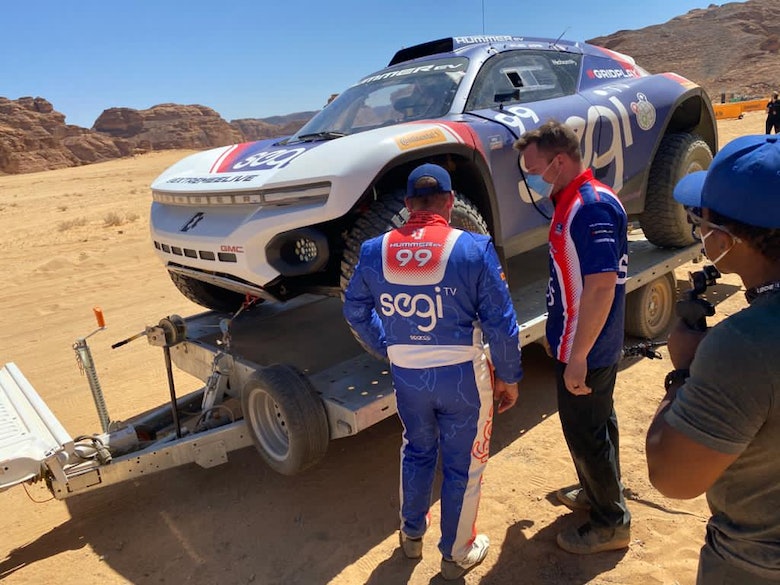 Imparting this detail to our driver drew something of a blank response.

“Have you ever been to AlUla?” the driver was asked.

There was a pause as h econsidered his response.

“AlUla?” he said, sounding unnervingly like he was saying that word for the first time, before breaking into a smile.

Shortly after that, the bus stopped and our direction changed again. The expectation was that a 220-mile journey would take us four hours. Five hours in we still had 150 miles to go.

All told, we were onboard for eight and a half hours. On the upside, we saw plenty of the Kingdom’s countryside and I got to make my first visit to a Saudi 7-Eleven; largely the same as any other convenience store with chilli popcorn, Mars bars, Vimto and an unexpected range of colourful cakes and brooms.

A good number of hours later than expected, we arrived at the race site in AlUla.

Immediately, the day’s frustrations started to fade. Soon after, they were gone for good. Extreme E had worked the PR hard, telling us stories of a competition straight out of Star Wars.

I’ve never watched Star Wars, so I’m not especially well placed to offer meaningful conclusion on that analogy. But I can tell you the track we found was like nothing else I’d ever seen before. Years – like millions of them – of wind and water erosion have scythed the sandstone into some of the most astonishing rock formations in the world.

Rising from the desert floor, the towering formations dwarfed everything around them in the most spectacular style. And that style only stepped up as the sun dipped behind them. The incongruity of nine Odyssey 21s poking their noses out of khaki-coloured tents at the foot of these standalone mountains provided an image which will last long in the memory.

And the five-mile course which runs out of the service park/paddock area offers adventure at every turn. I’ve done a fair share of Dakar testing and covered the odd off-road event, but I’ve never seen anything like this.

Shortly before taking our trip, David Richards emerges from the buggy which is going to run us around. 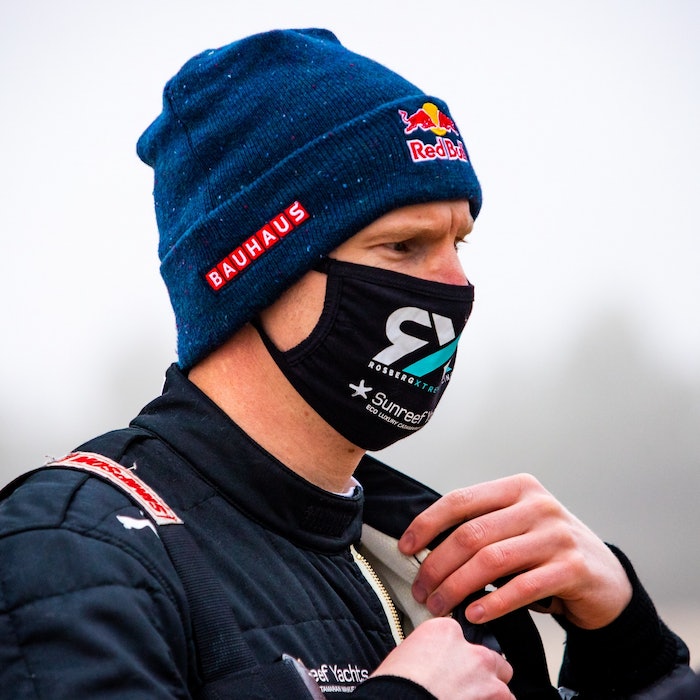 I was having to duck down in the car to try to find the next place – it was so steep, I couldn’t see! Johan Kristoffersson on the massive downhill section

Off the line there’s a couple of hundred meters before the first right hander. The corners – and the whole track, for that matter – are defined by markers. Think downhill skiing: you have to pass through the gates, but it’s up to you how you get there and which line you take.

Right-hander done, the cars dash through a valley, gorge-type thing, slowing for a chicane before maxing out again on the run to what could be loosely described as a square-left.

This is about the only place on the whole lap where sand gives way to rocks. This (along with a host of tires being knocked off the rims at the Spain test) is one of the reasons the Ganassi team led the pursuit of beadlock rims, which arrived out of customs just in the nick of time.

It’s places like this that the course designers have worked their magic, narrowing the gate right down to force the cars to go through in almost single file.

After that it’s a big climb to what will be one of sport’s most spectacular sights at the top of a monster, monster dune. Standing at the top, it’s terrifying to look down let alone consider pushing on down a slope as steep.

Descent done, it’s another high-speed section towards another smaller dune, a couple of fiddly bits around the rocks and then slot right for the driver change – located right outside the VIP tent – or left to the finish.

“It wasn’t so scary as I thought,” he said. “Actually, it was quite OK. The problem was, as you accelerate down it, I was having to duck down in the car to try to find the next place – it was so steep, I couldn’t see!

“On the second uphill section, I took some air time and I missed one of the gates. I saw it at the last minute and said: “Oh, I should be over there… but I am in the air!” In some places, it’s quite hard to read where you should be, quite hard to define the course. 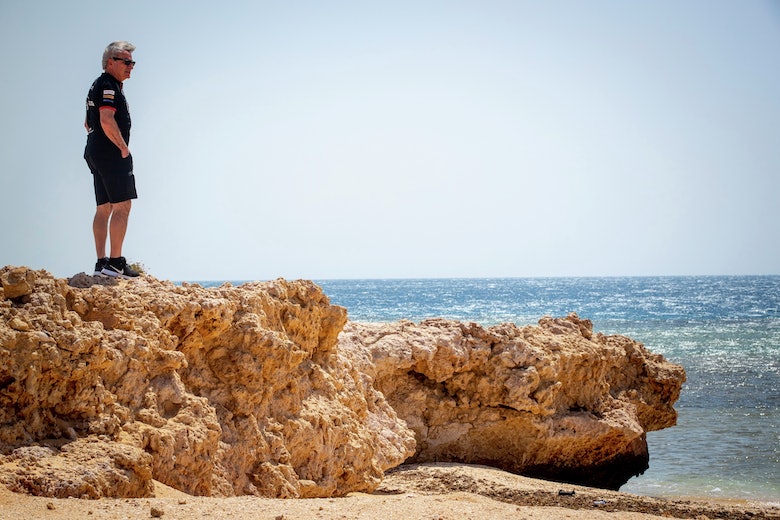 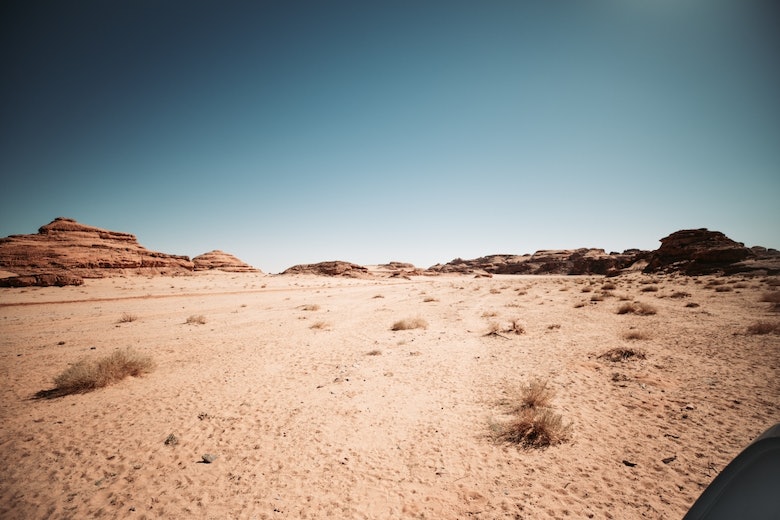 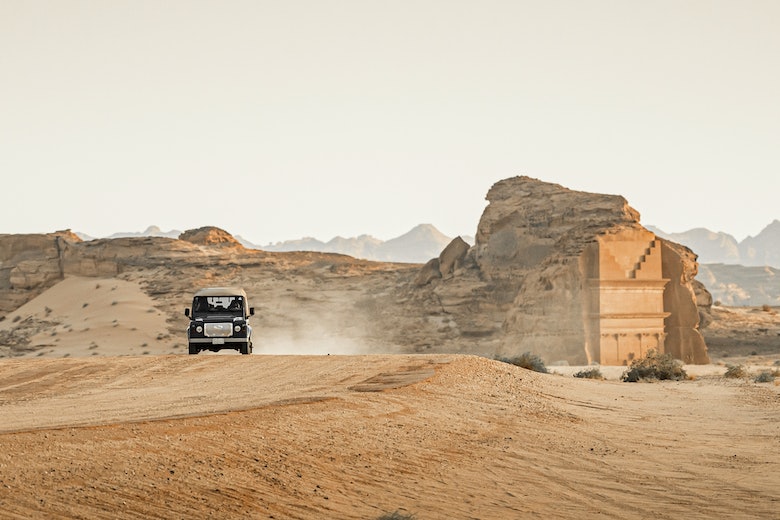