Rally Poland, a WRC round in 2009 and from 2013-17, had attracted a strong entry of ERC regulars and WRC2 stars in 2021 and it was one of the WRC2 pilots that made the strongest start in the shape of Volkswagen Polo GTI R5 driver Nikolay Gryazin.

Gryazin dominated the early phases, fastest on the first five tests and second quickest on SS6 to hold a 40.5s lead over Lukyanuk. But his challenge unravelled when he picked up a puncture on the seventh stage.

Gryazin did complete SS7 to end it 10.6s adrift of new leader Lukyanuk but he wasn’t able to take part on the leg-concluding Mikołajki Arena with just one spare tire in the trunk of his Polo. Retirement was his only option.

“It’s forbidden to go without one wheel,” a luckless Gryazin explained. “I thought I hit something but it looks like it just happened from the bolt [of the front suspension]

Lukynauk held a near-30s overnight lead over Mikkelsen after Gryazin’s dramas, but the fight for victory was far from over.

Mikkelsen, who had given himself the pre-season goal of dominating every single WRC or ERC rally he started in the Rally2 class in 2021, set about sticking true to his word. Although Lukyanuk’s C3 started Sunday strongly to edge further clear out front, Mikkelsen’s Fabia was faster – and by some margin – as the final day wore on.

Beating Lukyanuk by 3.1s on SS11 of 14 and then by a strong 8.3s on SS12 (7.7s up on second-fastest Craig Breen), Mikkelsen missed out on the penultimate stage win but still stole another 5.2s from Lukyanuk to keep the pressure on.

However the Russian was undeterred as he had enough of a margin in hand, and he duly scored the opening victory of the season on his first rally since November.

Behind the leading duo, Marczyk was quietly effective to resist Polish countryman Wojciech Chuchała for the final podium spot, though a 1m10s penalty for Chuchała for being late at the penultimate stage’s time control dropped him to seventh.

Chuchała nevertheless impressed on the rally, making his first ERC start since 2016 and first in the top class with a Škoda having campaigned a Subaru Impreza five years ago.

There was no such joy for Hyundai Motorsport’s Breen though who, just like last year, was competing in an MRF Tyres Hyundai i20 R5. Running fifth after six stages, he – like Gryazin – was a casualty of SS7 as he was forced to park up with broken suspension.

Hyundai junior driver Grégoire Munster fared little better, although he did make it to the finish. Munster – who was third overall in last year’s ERC – struggled from the off with his road position and then punctured on Saturday afternoon; costing him three minutes instead of the usual 1m30s as he and co-driver Louis Louka struggled to mount their i20 on the jacks as the destroyed tire had damaged the door handle.

A sensor problem that caused their car to ‘lag’ compounded the job and Munster eventually finished 20th.

Yoann Bonato was another driver to suffer, losing his hold on sixth place when the engine in his Citroën began to fail. Fourth-placed finisher Nil Solans had Bonato covered, but it did relieve the pressure on Norbert Herczig who had just lost his spot to Bonato before the C2’s engine had other ideas.

Efrén Llarena grabbed sixth spot on his first rally with a Škoda – making it a good event for Rally Team Spain with Solans in fourth – with Bonato ailing his restricted C3 to eighth and Erik Cais ninth.

Former Hyundai junior driver Callum Devine took 13th from Umberto Scandola on the penultimate stage when the Italian lost power steering in his Hyundai; Scandola however on the superspecial took the place back from Devine who was on first weekend with M-Sport’s Ford Fiesta Rally2.

Junior WRC driver Jon Armstrong continued his impressive start to 2021 with a comfortable class victory in M-Sport Poland’s Ford Fiesta Rally3. On the car’s WRC debut and his own personal competitive debut in the machine, Armstrong won the class by over four minutes – aided by likely challenger Ken Torn running into electrical gremlins – to finish 21st overall.

Read more on ERC on DirtFish 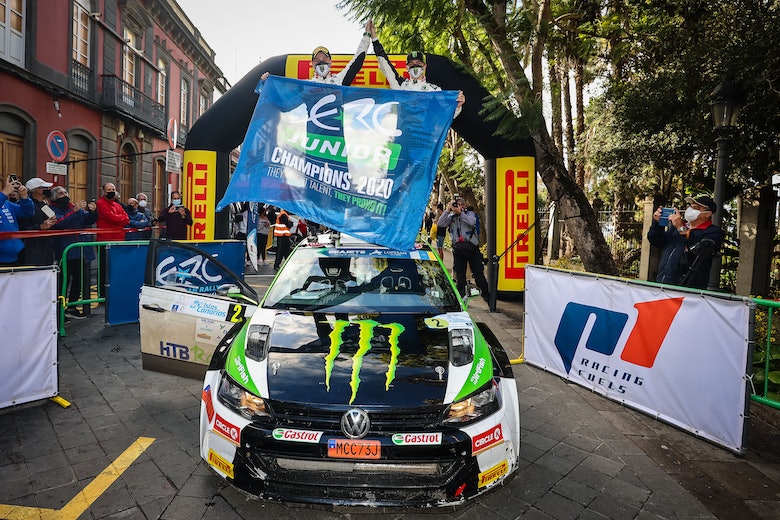 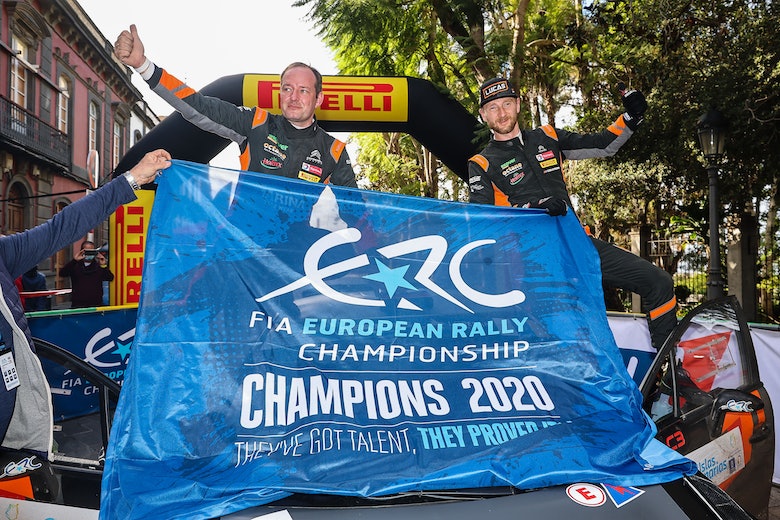