Nil Solans has picked up where he left off in the European Rally Championship, winning the opening superspecial of Rally Poland after switching teams since his Rally Islas Canarias victory.

Lacking a full-time program, Solans has been working out his ERC schedule on a rally-by-rally basis and switched from the AR Vidal-run Volkswagen Polo GTI R5 he used to win Rally Serras de Fafe and Islas Canarias to a Kowax 2B-run Hyundai i20 N Rally2.

Despite very little experience with his new car and team he was immediately on the pace, going fastest on the Mikołajki superspecial by 0.2 seconds from new team-mate and fellow Junior WRC champion Tom Kristensson.

More crucial perhaps was his qualifying stage win earlier in the morning, putting Solans last of the ERC top class runners in the road order on Saturday’s fast gravel stages. 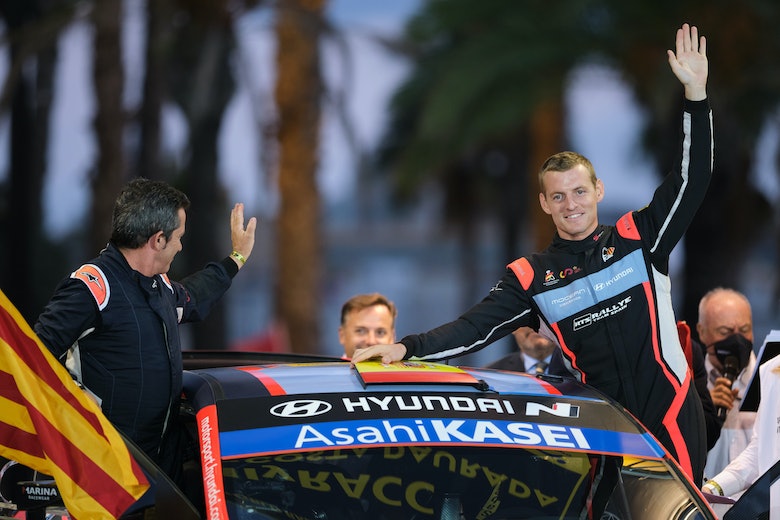 “We feel comfortable,” said Solans. “This car is working amazing on the gravel. We want to enjoy with this car. We know this rally is quite difficult, a lot of speed and a small mistake can have really big consequences.”

Title rival Efrén Llarena was only seventh-fastest on the superspecial and eighth in qualifying, putting him further up the road order on Saturday and potentially with a little extra road sweeping to do than Solans.

Time gaps were small though, as Llarena dropped only 1.5s on the classic Polish superspecial that has hosted many World Rally Championship events in the past.

Behind the championship battle, there was a recurring issue for several drivers in the two-at-a-time format of the Mikołajki test.

Norbert Herczig had showed promising pace on the qualifying stage, going fourth fastest on Friday morning. But come the first stage of the rally he was not interested in his pace, instead upset at his windshield being smashed by stones flying through the air.

Though the rally organizer put up extra netting between the two-lane circuit on the long, sweeping corners to try and reduce the number of stones thrown onto the outside line, it clearly wasn’t enough for Herczig, with his Škoda Fabia Rally2 evo in need of a new windshield.

He wasn’t the only one; MRF team-mate Simone Campedelli suffered the same fate in his race against namesake Simone Tempestini.

“That Simone there broke my windscreen,” said Campdelli, rather more amused than Herczig had been. “So now I have to prepare the invoice for him!”

Alberto Monarri had the worst luck of all though as his Suzuki Swift ground to a halt moments after crossing the finish line, his engine suddenly losing power and triggering a red flag.

As the opening superspecial and Saturday’s seven stages are all considered the same leg, Monarri will now have to hope his team can remedy the issue in the brief 15-minute morning service before stage two, or else he faces the prospect of missing the first full day of action entirely. 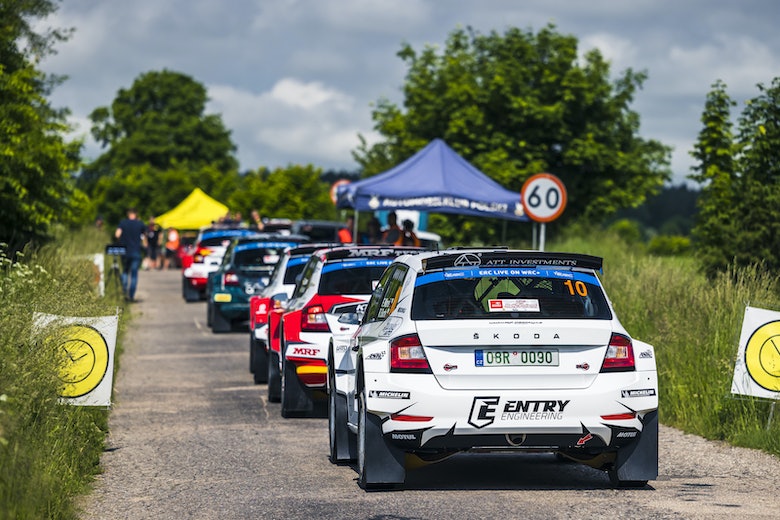