For the third time this season, the World Rally Championship headed into the unknown with the inclusion of the Ypres Rally in Belgium as round eight of the year.

Well, that’s unless you’re Thierry Neuville or Craig Breen who both started the event at a clear experience advantage. Both made use of that superbly, scoring a much-needed 1-2 for Hyundai and themselves as well.

But Ypres wasn’t all about the hits, there were plenty of misses too. Here to assess the performance of the World Rally Car field as always is DirtFish’s voice of rally, Colin Clark.

Finished behind Elfyn Evans in the overall standings but thanks to a stronger run through the powerstage Ogier actually increased his lead over his closest title challenger. The champ looked strangely out of sorts last weekend and struggled with the alien phenomenon on asphalt of sweeping the road clean for the cars behind him.

Ogier’s lead in the championship is such that he has absolutely no need to take any risks and push beyond what is comfortable, but more than anything this result will be uncomfortable for him. To finish behind both his team-mates is something he is far from used to and something he will not have enjoyed one little bit.

A decidedly lackluster and below-par performance from Evans in Ypres came at exactly the time when his title challenge needed something way better. It’s hard to pinpoint exactly where things are going wrong for Evans right now but that early season pace and form is rapidly becoming a distant and hard to recapture memory.

Not being able to stay ahead of Kalle Rovanperä on Sunday would have been particularly difficult for Evans to take and if he is to put any pressure on Ogier at all in this year’s title fight then nothing short of victory in Greece will do.

Had absolutely no right to have the pace or the nouse to compete with his two vastly more experienced team-mates last week in Ypres, but he did and did so magnificently. He was so relaxed and laid back that you’d have been forgiven for thinking this prodigiously talented youngster was here on a jolly rather than making his sensationally competitive debut on Ypres’ challenging and unique stages.

Rovanperä’s rate of learning is almost as rapid as his pace and that will frighten all other drivers with 2022 title aspirations. 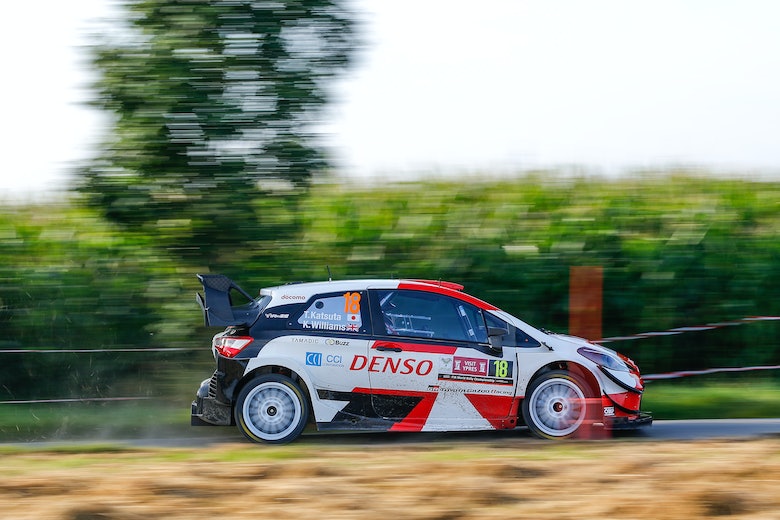 Takamoto Katsuta had barely put a wheel out of line all season before Ypres and was developing into a proper top level, competitive driver. And despite this setback, he still is. The progress made by Katsuta-san this year has been truly remarkable; stage-winning pace and a disciplined consistency has marked him out as Japan’s biggest rallying talent in decades.

But as they say, you can’t make an omelette without cracking eggs. Mistakes are inevitable when you’re on this development trajectory and this one was a biggy! No doubt he’ll learn form this and move on. I fully expect to see him back on track and possibly taking stage wins in Greece.

All that expectation, all that pressure yet still he delivered Belgium a home winner on its – so far – one and only outing in the WRC. It’s hard to overstate the quality or the importance of this performance from Neuville. He never put a wheel wrong and looked completely in charge all weekend.

A driver who’s looked like a champion in waiting for too many years now but nearly 19 months without a win and maybe some were beginning to ask questions. Yet had Neuville not had victory cruelly snatched away from him in Kenya, then he’d have been right up there pushing Ogier all the way. Rallying is the most unpredictable of motorsports and this victory has without doubt reignited Hyundai’s manufacturer challenge. And who’s to say it won’t be the spark that Thierry needs to mount a late season title charge of his own?

When will Tänak’s run of bad luck come to an end? OK, he wasn’t on the same pace as Craig Breen or Neuville, but boost issues and an unfortunate puncture defined Tänak’s weekend. Even with Friday’s engine issue, Tänak looked well placed to be the best of the Ypres newcomers and had the pace to stay in front of the Toyotas before his puncture and wheel jack drama on Saturday.

Yet another powerstage win was proof of that, but how Tänak would dearly love for his weekends to start becoming about more than just those five bonus points again.

Much like Neuville, this was a result with potentially massive significance. Breen admitted that he questioned himself after a very disappointing outing in Croatia but dispelled any possible doubts hereby claiming – for the first time in his career – his second podium in a row.

Played the role of super-sub perfectly, never looked troubled and did exactly what the team desperately needed him to do. Breen has shown that he has rally winning pace on gravel and on asphalt and while some fighting for 2022 seats seem hell-bent on making it easy for the bosses to say no, Breen has presented credentials that are now impossible to ignore. A full-time 2022 seat is surely now his for the taking.

The young Frenchman was looking to consolidate his good run in Estonia and start to build some pace and momentum. That strategy appeared to be working well until he slipped off the road on SS9 and his car was consumed by one of Ypres’ notoriously punishing ditches.

Bad luck or bad judgement? A bit of both I’d say but this season has been blighted by silly little mistakes that have invariably been heavily punished.

A small pace note error cost Greensmith dearly in Ypres as he frustratingly discovered that there’s jeopardy in the ditches that line the roads around Ypres. He looked to be reasonably comfortable up to that point and was steadily building his pace and competitiveness.

There’s something very different about Gus as a person this season – there’s a sincerity and an honesty about him that I’m increasingly liking and that somehow seems to be translating into his approach and performance. The Chris Patterson effect? You’d be silly not to think so.

Well it had to happen eventually. Impressed us all with his first few outing in a World car but this was very different. We all know how critical it is to get your pacenotes right and unfortunately this time, Fourmaux got his spectacularly wrong.

It’s not an outing to forget – these kind of lessons are learned the hard and expensive way and should never be forgotten – but it’s definitely one to put behind him. I don’t see this derailing Fourmaux’s impressive bid for a 2022 seat but he needs to get right back on it next time out and show us all that that early season form was no flash in the pan.