Julien Moncet has refuted the notion that telling Thierry Neuville and Ott Tänak to hold position on the Acropolis Rally has effectively ended its hopes of catching Kalle Rovanperä in the World Rally Championship drivers’ title race.

After the first stage on Sunday team orders were issued by Hyundai president Sean Kim for Neuville and Tänak to complete the rally in a formation finish, instructing Tänak to back off and settle for second behind rally winner Neuville.

Tänak came to Greece 25 points ahead of team-mate Neuville as Rovanperä’s closest challenger in the title race, albeit 72 points off the top spot.

With Rovanperä failing to finish in the top 10, which was down to a mix of road-cleaning, setup woes and clattering a tree that broke his left-rear wheel, that offered a chance to close in and keep his title hopes alive.

Instead, second place and a powerstage win means he now has a 53-point gap to the championship leader, with only 90 points available for the rest of the year.

Neuville, meanwhile, is 76 points off the top spot after his victory and remains behind Tänak in the standings.

Despite refusing to utilize team orders that helped Tänak’s outsider title bid, Moncet insisted that it wasn’t a sign that Hyundai had given up trying to catch Rovanperä.

“We have not given up, it’s possible for both drivers actually,” Moncet told DirtFish before the powerstage.

“The chances and probabilities are very low but our main target today is we need to secure this triple podium, this would be historical for the team.

“We have to see the big picture and the team interest and yes this is our target number one: one, two and three.”

It was then put to Moncet that locking Tänak into second place had moved Rovanperä closer to wrapping up the title – but the Hyundai deputy team principal pointed out that “he hasn’t won yet”.

It does look much more likely than beforehand, though.

“Yeah for sure,” conceded Moncet. “But it was already difficult before. As I say again, we have a lot of parameters to consider and we have decided to hold on.”

Moncet refused to be drawn on what those parameters were: “I cannot tell you. But we are a big company, we have interest, we have marketing, we have plenty of things.” 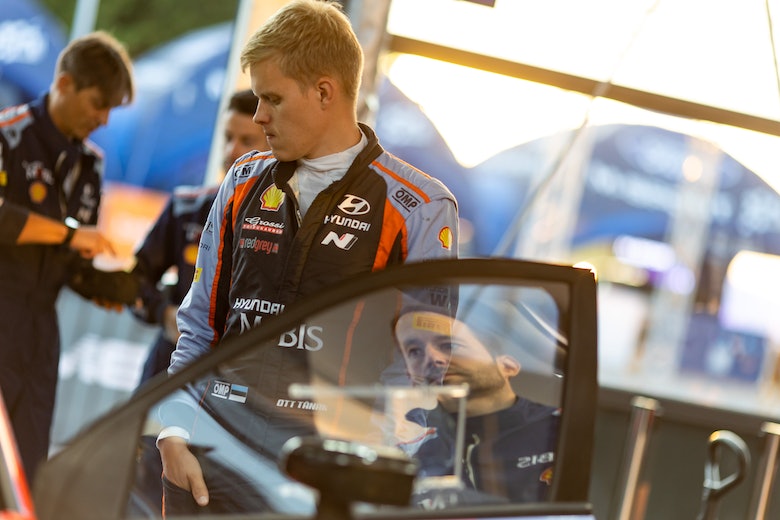 Tänak himself had accepted the order to hold station when a text came in from the service park. But the 2019 world champion had hinted before the powerstage that he didn’t believe the same call would have been made had he and Neuville been in opposing situations.

An unhappy Tänak was a price Moncet accepted he might have to pay for the team’s decision to hold station.

“There are always happy and unhappy in this situation, it’s a situation that no-one likes and there is always pros and cons.”